Filmmaker and activist predicted "red wave" would be a dud. His new podcast urges embattled liberals not to despair 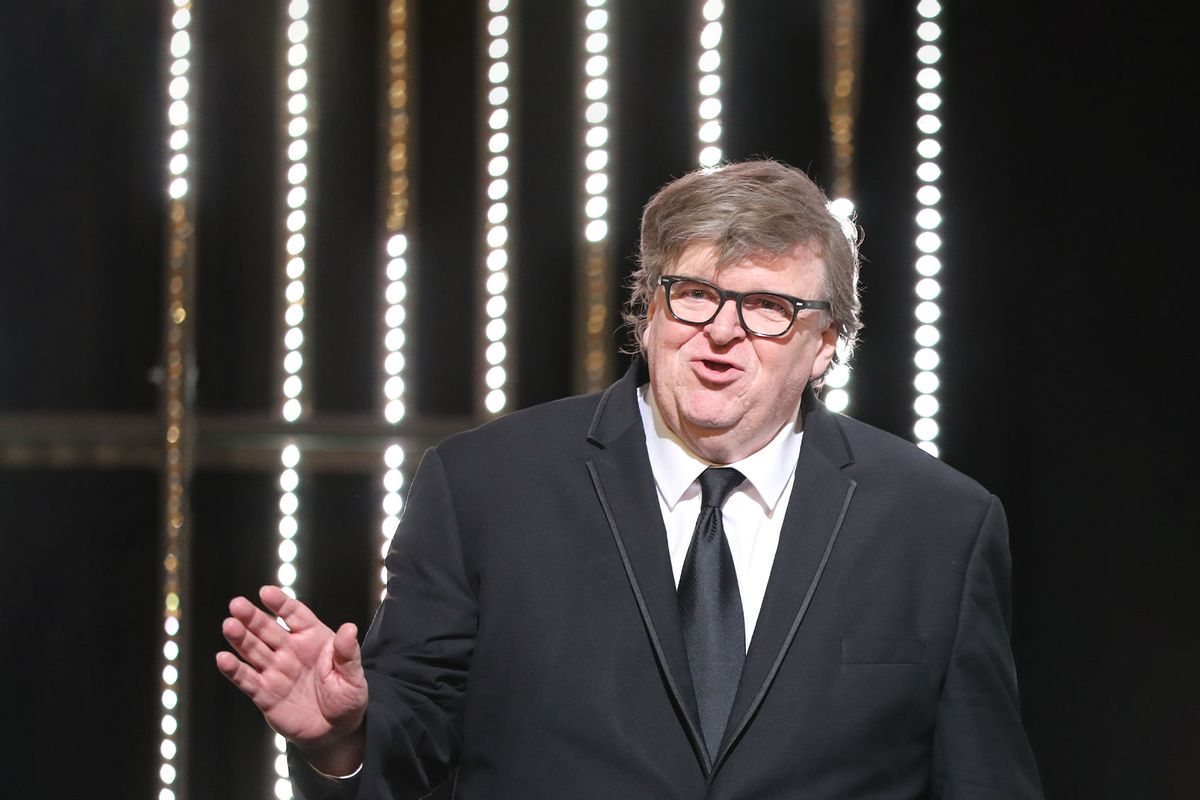 Documentary filmmaker and activist Michael Moore wants liberals and progressives in red areas of the country to take heart — and begin planning for 2024.

In his new 12-part podcast series, "Blue Dots in a Red Sea (How to Win When You're Blue in a Red State)," which he began on Christmas Day as a set of citizen goals for the New Year, he provides advice and encouragement to those of us who live in Republican-controlled states. In each brief episode, he exhorts us to get active in our continuing defense of democracy and offers his own hard-won suggestions on how to succeed.

Moore was nearly spot-on in his prediction about the 2022 midterm elections (countering nearly every poll, he also predicted Donald Trump's victory in 2016). Leading up to Election Day, he embarked on an ambitious series of posts on his Substack site, citing 44 "truths" to refute the mainstream media narrative of a "red wave." Republicans and the media were focused on pundits and polls saying that history, inflation, gas prices and Biden's approval rating would sink the Democrats.

But Moore persisted (even after a bout of COVID) in countering those arguments, providing many cogent reasons for Democrats and progressives to not despair. He said if they got to work, there would be no red wave — and that there could instead be a blue tsunami.

As things turned out, the Democrats did very well, historically speaking, for a party that holds the White House. They picked up a seat in the Senate and held all but one of their own governorships while flipping three (there are now 24 Democratic governors). While 121 of the 147 Republicans who voted to overturn the 2020 election of Joe Biden were sent back to Congress (I wish I could say inexplicably), not a single election-denying candidate running for a position in charge of state elections actually won. Voters in all five states where an abortion-rights measure was on the ballot upheld a woman's right to choose. Alaska voters chose a Democrat over Sarah Palin for an open House seat. (In fact, they did so twice, first in a special election.) In key races across the country, Trump-endorsed candidates suffered loss after loss.

It was not a blue tsunami, but Moore was grateful for the blue wall that held back any semblance of a red wave. It's worth remembering that in November 2021, then-Minority Leader Kevin McCarthy predicted that Republicans would pick up more than 60 seats in the midterms. In the event, they gained just 10, and required 15 ballots over four days to elect McCarthy as speaker of the House, with the narrowest possible majority.

Michael Moore predicts Democrats will win big in the midterms. Could he be right again?

Who even came close to calling this outcome? The staff at FiveThirtyEight? Real Clear Politics? Other pollsters? No. Michael Moore. Moore notes that only a few outlets reported on his efforts at the time: Salon did, along with Joy Reid and Alex Witt at MSNBC. (I also published an article on Medium.)

Perhaps my favorite of Moore's comments came in an episode of his "Rumble With Michael Moore" podcast after the midterms when he noted that the media notion that Joe Biden's popularity would be a key factor was dead wrong. He observed that in today's highly partisan environment, a president's approval rating has become a long-outmoded measure. "You might as well say, 'Vaudeville! I love going to vaudeville!' You know, that ended. Things end. Approval ratings — they're irrelevant and often wrong."

The New York Times finally caught up with the impact of "GOP-inflected" polling pushed by right-wing media — which drove so much of its own coverage. Moore had already covered that (in "Truth #36").

The New York Times recently published a report about how and why pollsters and analysts again dropped the ball, mostly because of an increase of "GOP-inflected" polling amplified by aggregation and pushed by conservative media. Moore had already covered that (in "Truth #36"), posting a note from a polling insider about the many problems of poll aggregation, especially when it relies on overtly partisan polls. If economics is "the dismal science," should we start calling polling "the abysmal science"?

Moore's Substack series was an effort bolster the spirits of all those who felt downcast by the hyper-partisan GOP and the historic expectations for midterm elections. As he wrote, "pundits and the political hacks want you to believe the Democrats are going to lose. They want you demoralized, depressed, and fearful of The Return of Trump."

Unfortunately, it's not likely that most pundits aligned with corporate media will learn any lessons from being so wrong, or will change their behavior. They'll continue to focus on horse-race coverage rather than on candidates' policy proposals (or on whether they're telling the public the truth about any aspect of who they are).

Perhaps all citizens who love their country and the Constitution — and who oppose treason — will be happy to take a little time to listen to his suggestions about how to get a leg up on the sowers of chaos who cannot govern and don't even want to. As Moore points out, when it comes to people who don't live up to their oath of office, the pro-democracy tent is big:

All continued coup attempts will be met by the vast majority of this country — Democrats, Republicans, Independents, Greens, Libertarians, nonvoters, anarchists, meat eaters, vegans, idiots, brainiacs, Presbyterians, pipefitters, rappers, nurses, numbskulls, preachers, periodontists and everyone else — we will ALL stop you, peacefully but forcefully.

In each of the brief podcasts in "Blue Dots in a Red Sea," Moore asks us to carry on this work, providing examples of how to get involved, from creating your own group of interested citizens to attending and reporting on school board meetings to creating your own version of an online newspaper. He bases his suggestions on lessons learned when he ran for office as a young man and when, a couple of decades later, he found himself living in a Michigan county dominated by Republicans.

Because people took action to communicate and organize, Democrats don't feel as lonely in that county today. It can be done, and more quickly than you'd imagine. That's Michael Moore's message to all of us who feel trapped and frustrated in red states, cities, towns and counties.

about the aftermath of the 2022 midterms