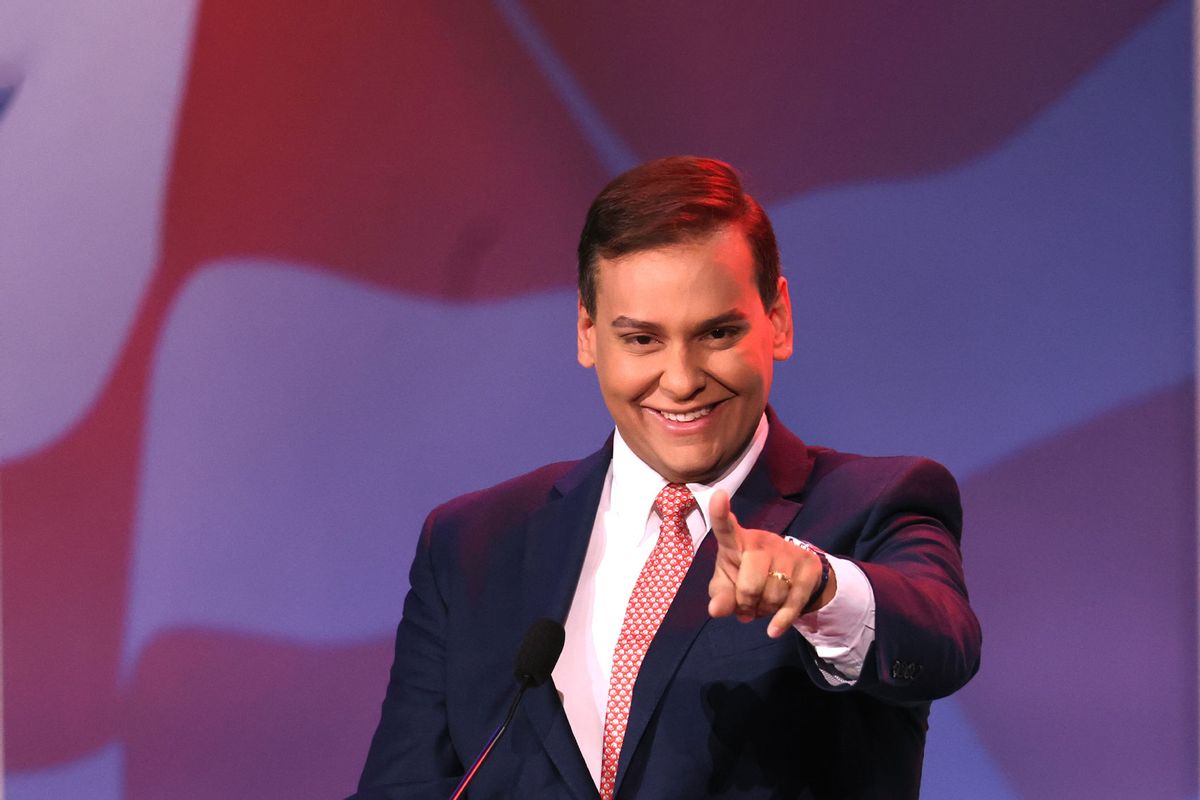 One thing was dead certain within moments of the New York Times publishing its exposé on the many lies of George Santos: There was zero chance that this brand new Republican congressman-elect from New York would be shamed into giving up his seat. Perhaps that didn't seem obvious to everyone at first, especially those with lingering memories of the pre-Trump era, when we all pretended to believe that Republican voters cared about hypocrisy, lying, overt racism, sexual abuse or any of the other personal or professional scandals that used to take politicians down routinely. But I never doubted for a moment that Santos would move onward toward being seated and that the incoming Republican House majority would allow it.

On Dec. 19, the Times published its first article making clear that little or nothing on Santos' résumé was true. He had never worked for Citigroup or Goldman Sachs. He did not run a pet charity. He hadn't graduated from Baruch College or, apparently, from any other college. His "business," the Devolder Organization, appears to be fraudulent. Nothing in that article convinced me that Santos wouldn't be sworn into Congress, and neither did the evidence that he is almost certainly not Jewish, as he had claimed to be, and that he had lied about his grandparents escaping the Holocaust. My faith that he will be seated on Jan. 3 remains unswerving, and has only been strengthened now that Democrats are calling on GOP leadership to expel Santos, which will only make Republicans dig in harder.

Now questions about Santos' possible criminality are beginning to emerge. According to the Times report, he pled guilty to check fraud in Brazil but apparently left the country without serving is sentence. Despite numerous signs that Santos' business career is mostly fictional, and evidence of significant personal debt in the recent past, he somehow lent his congressional campaign $700,000. Indeed, pretty much everything we know about his professional career (which isn't much) comes with a field of red flags.

Despite all this, the only way he doesn't join Congress as an esteemed member of the Republican caucus is if New York prosecutors can nail him for something first. I believe this in the way I believe that chocolate is delicious and cats are cute. After all, what is the modern GOP, if not a holding station for every two-bit criminal and grifter who wants the job security that can only come with exploiting the endlessly credulous Republican base? The party can no more start kicking out the fraudsters than it can stop trying to cut taxes for the rich. This is just who they are and what they do. George Santos is in no sense an anomaly. He is the Republican present and, even more to the point, the Republican future.

That much was made evident by the painfully predictable reactions of GOP voters in New York's 3rd district, where Santos beat Democrat Robert Zimmerman — who actually is Jewish — for the seat left open by Democratic Rep. Tom Suozzi. In interviews with Politico, random Republican voters justified their continued support with an epic display of what-about-ism, mostly based on Fox News-derived fictions about Democrats.

"Truthfully, I don't trust the Democrats on anything they say. I see it on the TV and I turn it off," said one woman, in a typical example. Santos' voters didn't exactly defend him so much as argue, on no particular evidence, that whatever he did, the Democrats are worse.

This is what gets delicately described as "negative partisanship" in mainstream media and political science textbooks, and all too often treated as an equal problem on both sides. Of course it's true that both parties include some voters who are more motivated by dislike of the opposing party than by support for their own. But with Democrats, that at least has some basis in real-world concerns, given that Republicans are the party of abortion bans and the Jan. 6 insurrection. But on the other side, Republican voters mostly coast on hyperbolic vitriol about the evils of Democrats, which are at best vague insinuations of corruption, and at worst outright lies and QAnon-style conspiracy theories.

Convincing Republican voters to believe that Democrats are literally the worst people imaginable certainly helps Republicans win elections. But it's also destabilizing the party from within, because shady characters of all flavors now understand that no sin or crime is so great that it cannot be wiped away by running for office as a Republican. The result is a party full of cranks, chronic liars and petty criminals, a situation that gets worse every election cycle, as demonstrated by the Santos fiasco.

As usual, Donald Trump didn't invent this problem, but only distilled it to its essence. This all goes back well before him, as evidenced by the gold bugs and snake-oil peddlers who have long been the dominant advertisers in right-wing media. Trump probably decided to run as a Republican because he saw how vulnerable the party was to manipulators and con artists, but his 2016 election dramatically amplified the problem. Every charlatan in the country watched as Trump paid no political price whatever for a barrage of scandals involving corruption, malfeasance, gaslighting, lies and, eventually, actual sedition. To this point he's paid virtually no legal price, either. It may be fun to laugh at Trump for ranting about his "total immunity" on social media, but when you consider that Attorney General Merrick Garland has steadfastly refused to arrest Trump for any of his dozens of possible or likely federal crimes, you might be forced to conclude that Trump has a point.

We still don't know where George Santos got the money to run and win in a pivotal swing district. But we know what lesson he offers America's swindler class: Going into Republican politics is a license to commit fraud.

We still don't know where George Santos got the money that allowed him to run and win a congressional election in a pivotal swing district. But he's still likely to be seated next week with no serious impediment, offering America's swindler class another reason to believe that going into Republican politics is like getting a license to commit fraud. There's no real chance of political backlash in a situation like this, with the GOP voter base heavily dosed up on Fox News hate. Worse yet, it seems increasingly clear that federal law enforcement is too afraid of looking "partisan" to prosecute Republican politicians over anything, so there are no serious legal consequences either. Sam Bankman-Fried may be kicking himself for getting into cryptocurrency instead of GOP politics, if what he wanted was the ability to defraud whoever you like with impunity.

Consider that just three days after Bankman-Fried was arrested in the Bahamas, Trump rolled out his "MAJOR ANNOUNCEMENT," which turned out to be a naked rip-off: A series of laughably terrible NFTs, priced at a whopping $99 a pop. They sold out almost immediately, despite having less intrinsic value than chewed-up bubble gum. Unsurprisingly, this enterprise may not have been entirely legal, due to some swiftly-documented copyright infringement issues. But nobody involved with this scam is worried about getting sued or facing prosecution, since "Teflon Don" has successfully conveyed the impression that the law can't touch him.

We'll see about that. There's a tendril of hope for justice after the criminal convictions delivered against the Trump Organization earlier this month. But we seem no closer to putting Trump in prison, and it's not even clear he will suffer financially from any of the charges and investigations he still faces. He'll just keep living like a billionaire, even if he's actually hundreds of millions in the red. Meanwhile, the Republican growth sector is visible in folks like Rep. Marjorie Taylor Greene of Georgia, who treat the job as a social media grift and unabashedly side with far-right extremists and Jan. 6 insurrectionists, with no real fallout. When Santos is sworn in on Capitol Hill next week, it will send a Bat-signal across the land: Come hither, crooks and swindlers, con artists and hustlers all. You have a home with us, where you'll be free to cheat whoever you like and break any law. The base will forgive you pretty much anything, except being a Democrat.