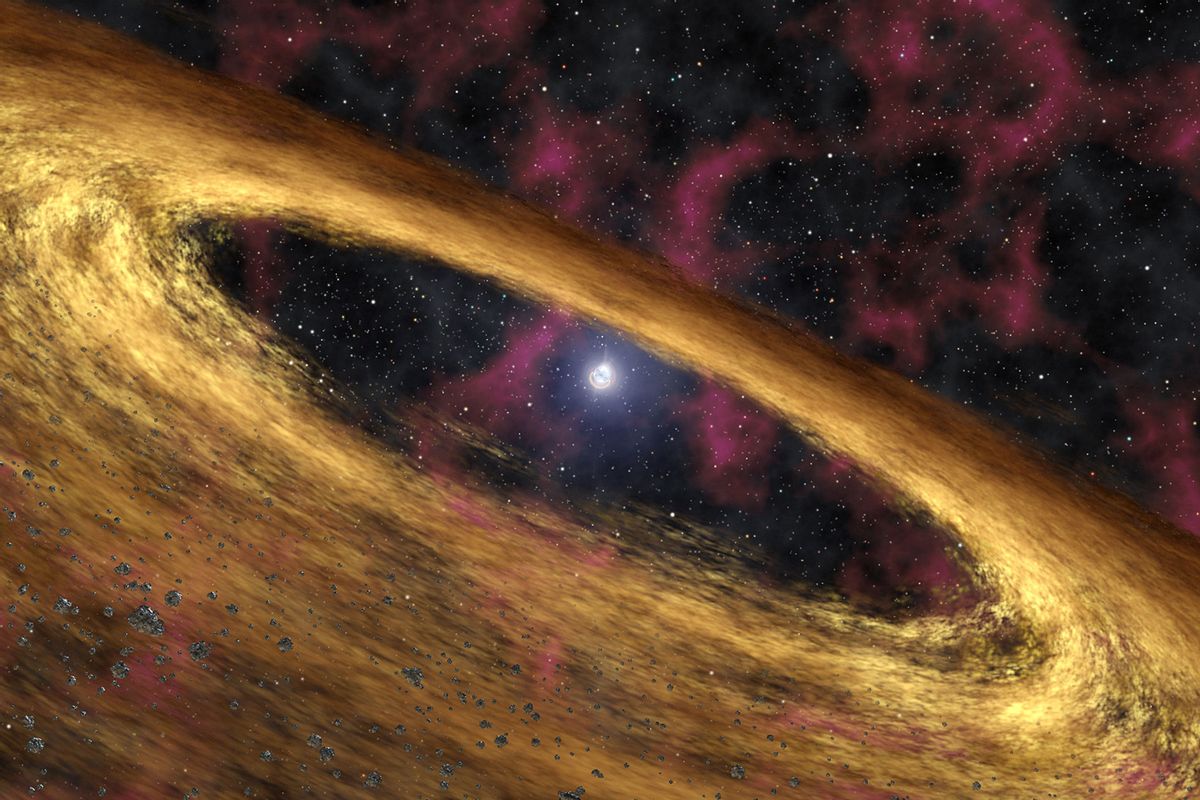 Neutron stars are some of the most extreme phenomena in the entire universe, and new discoveries about these dense stellar corpses continue to surprise scientists. Astronomers recently announced the discovery of a magnetized neutron star which seems to have an entirely solid surface. Stars are typically made of hot orbs of plasma, which is a type of ionized gas; while neutron stars are, owing to their incredible density, typically undulations of supercompressed solid matter (mostly neutrons) with a core that is a type of frictionless fluid called a superfluid. They often have atmospheres, like Earth, too. The idea of a neutron star that is completely solid, akin to a super dense planet with no atmosphere, is pretty unique.

Reporting in the journal Science, an international team of 50 researchers used data from the Imaging X-ray Polarimetry Explorer (IXPE), a satellite launched in December 2021 by NASA and the Italian Space Agency. The astronomers pulled info on the obliquely named neutron star 4U 0142+61. It's a special type of neutron star, called a magnetar, located approximately 13,000 lightyears from Earth in the constellation Cassiopeia.

A magnetar is essentially what it sounds like: a neutron star with an extremely strong magnetic field. There are only around 30 that we know of, probably because it is hard to find them. They are small and faint, only detectable during periods of enhanced activity, such as when they blast out enough high-energy electromagnetic radiation (think gamma rays or X-rays), which are otherwise hard to detect on Earth.

A bizarre star is either the lightest neutron star ever found, or something even weirder

4U 0142+61 was first detected in the 1970s by a NASA satellite called Uhuru, named for the Swahili word for "freedom." It's the first ever instrument launched to detect X-rays in space, which are invisible to the human eye. In fact, the quirky jumble of letters that constitute this star's name comes from 4U for "Fourth Uhuru Catalog," while the numbers refer to the magnetar's celestial coordinates.

A typical neutron star has a mass greater than our sun, yet a radius of only a dozen kilometers.

But even though this star was discovered decades ago, there was little data on it prior to the advent of IXPE. With this new X-ray measuring device, the astronomers could calculate the star's polarization, meaning the direction and angle through which its electromagnetic waves are moving. This can provide information about the physical conditions and processes that constitute the star and marks the first time polarized X-ray light from a magnetar has been captured.

Certain stars, when they die, become neutron stars. (Stars that are more massive than the threshold for neutron stars become black holes when they collapse.) As large stars begin creating heavy elements through the nuclear fusion process, the force of their own gravity makes the star start to collapse in on itself. This force is so intense that it fuses the electrons and protons in the atomic nuclei together, forming neutrons, creating a material that is as dense as an atomic nucleus. A typical neutron star has a mass greater than our sun, yet a radius of only a dozen kilometers; hence, a single tablespoon of neutron star matter weighs around 1 billion tons. This extreme density, this soup of neutrons so tightly packed, makes the neutrons behave like a solid or a superfluid — despite being composed of subatomic particles, they are not technically atoms. Neutron stars also attract more quotidian (atomic) matter by virtue of their gravity, and often have atmospheres akin to planets.

But things appear much differently for 4U 0142+61, which astronomers theorize had a violent history, even for a neutron star. It actually is solid, or so it appears. Approximately 100,000 years ago, the star went supernova, which means it exploded and blasted out most of its mass, enough to contain about ten Earths. This spew of matter formed a disk, the first such a disk to ever be detected, that orbits 4U 0142+61 about 1 million miles (1.6 kilometers) away.

"This was completely unexpected. I was convinced there would be an atmosphere."

However, it's the surface of 4U 0142+61 that might be even more interesting than the gunk surrounding it. The researchers in Science report, based on the new data from IXPE, that it's very unlikely the energy coming from 4U would be "compatible with the presence of an atmosphere and only marginally compatible with a condensed surface." This solid crust, most likely made of iron, would warp the structure of atoms so they would no longer be spherical but stretched and elongated in the direction of the magnetic field. This would form a lattice of ions held together by these magnetic forces. In other words, the surface may not be comprised of neutrons but of "normal" matter, like what constitutes Earth — in this case, iron.

"This was completely unexpected. I was convinced there would be an atmosphere," one of the study's lead authors, professor Silvia Zane, a member of the IXPE science team, said in a statement. There could be an alternative explanation here, but so far, there isn't enough data to explore these other possibilities. "A next step is to observe hotter neutron stars with a similar magnetic field, to investigate how the interplay between temperature and magnetic field affects the properties of the star's surface."

There are other weird, solid stars called white dwarfs, but this material is still very unlike the solid matter on Earth. White dwarfs are leftovers of stars that have spent all their nuclear fuel and collapsed in on themselves by their own gravity. This squeezes their core, which is made up of solid oxygen and carbon, into intensely hot crystals. Because white dwarf stars no longer produce any energy, they slowly radiate heat energy in the form of photons; after trillions of years, a white dwarf would eventually become a solid, cold block of matter, like a very, very dense planet. However, astrophysicists calculate that this type of star, known as a black dwarf, would take so long to cool that there are not yet any black dwarf stars anywhere in the entire universe. Earth's sun will eventually end its life as a white, then black, dwarf. Stars are generally weird phenomena, but the ones with solid properties take physics to bizarre extremes.

IXPE is an exciting new astronomy tool that hasn't gotten as much attention as, say, the James Webb Space Telescope. But IXPE has also helped scientists pinpoint the configuration of hot matter surrounding a black hole called Cygnus X-1 and helped solve a 40-year-old mystery of how blazars work. Blazars are some of the brightest objects in the universe, which discharge jets of ionized matter traveling at nearly the speed of light. There are some weird objects in the universe and 4U 0142+61 is just one of many mysterious stars offering a lot more to discover.