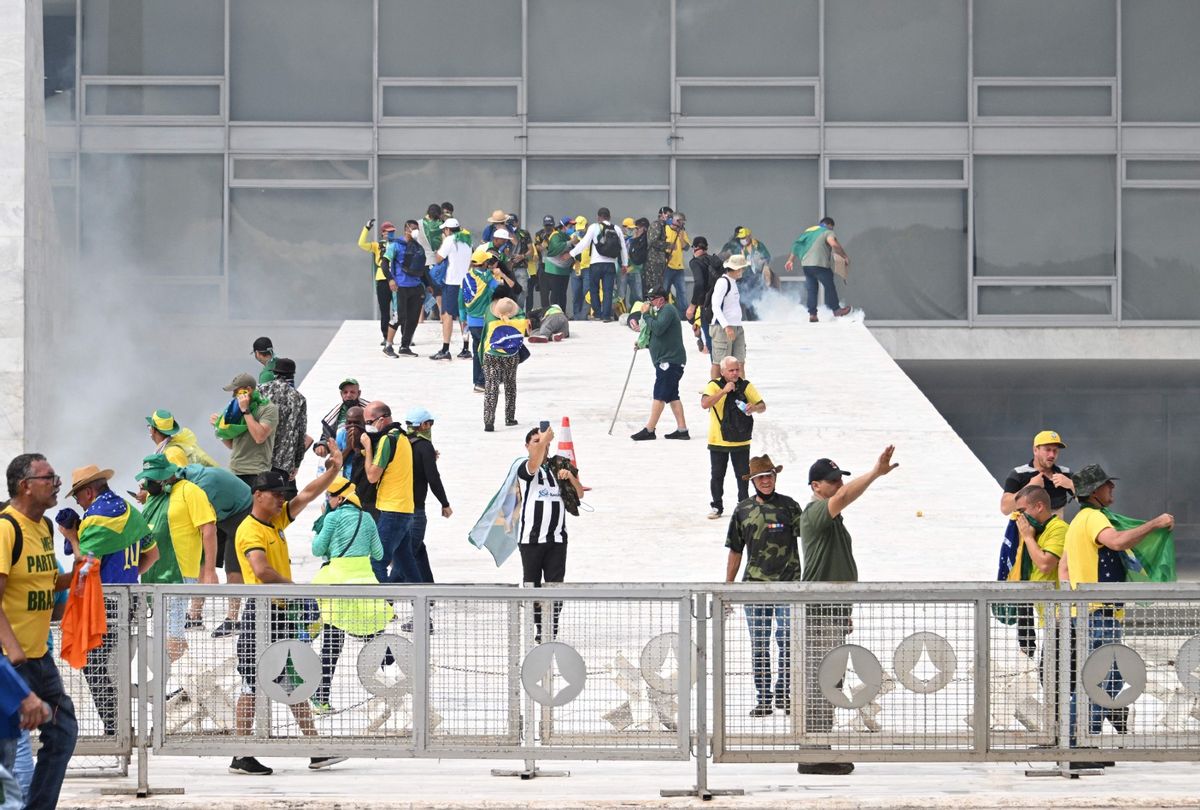 Supporters of Brazilian former President Jair Bolsonaro clash with the police during a demonstration outside Brazil's National Congress headquarters in Brasilia on January 8, 2023. (EVARISTO SA/AFP via Getty Images)
--

Supporters of former Brazilian President Jair Bolsonaro have stormed government buildings in scenes that evoke the Jan. 6 attacks on the U.S. Capitol.

The area around the parliament building in Brasilia had been cordoned off by authorities, but Bolsonaro backers who refuse to accept leftist Lula's election victory broke through, marched up ramps and gathered on a roof of the modernist building.

Members of former President Donald Trump's MAGA movement have been largely supportive of Bolsonaro's bid to overturn the country's election.