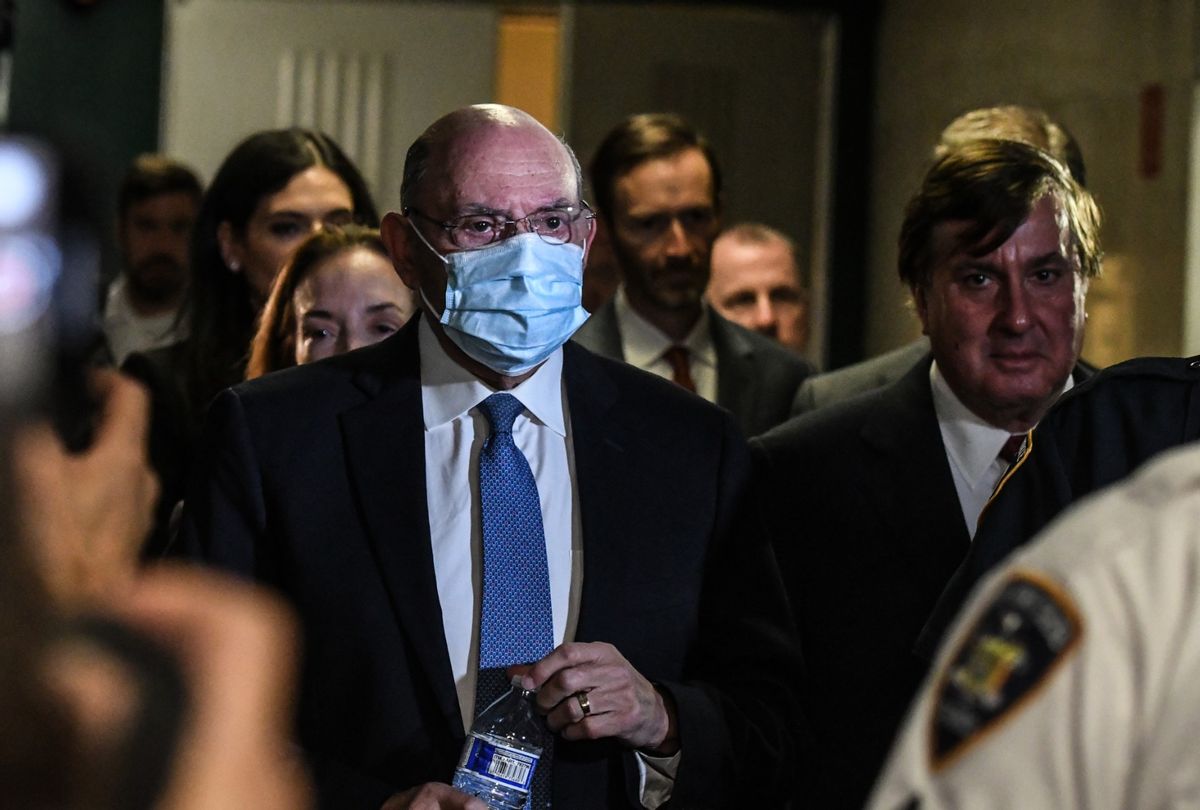 Allen Weisselberg is headed to the infamous Rikers Island Prison to serve five months after 15 years of tax fraud for former President Donald Trump's businesses. It's a sentence that is significantly lower than what was anticipated by analysts that thought would be part of the agreement he made with the judge.

"Allen Weisselberg testified as the star witness by the prosecution," said legal analyst and host Katie Phang during her Nov. 22, 2022 show. "He was supposed to testify truthfully. I emphasize that, truthfully. He fell on the sword. Telling the jury it was all for me. It benefitted me. It did not benefit the Trump Organization."

If Weisselberg lied during the Trump case, the judge threatened to increase the sentence in the case against him. So when Weisselberg was testifying before the court, he claimed that the only person who scored the sweet, tax-free deals from the Trump companies was him.

"That's a blatant lie," said former Trump lawyer Michael Cohen when speaking to Phang at the time. "First of all, how is it that the Trump Organization was not benefitting? How is it Donald Trump — it's his company. Any benefit that comes to the Trump Organization is realized by Donald. He's the single and only shareholder in the company."

It became clear throughout the course of the case that it was more than Weisselberg.

Former FBI general counsel Andrew Weissmann noted in October that Weisselberg should be worried "about state judge finding he lied on the stand."

After it was revealed that Weisselberg wouldn't be going to Rikers for more than five months, Phang took to Twitter to say, "5 months is disgustingly weak for 15 years of tax fraud…"

"Being White must be awesome," said Elie Mystal, The Nation's legal analyst. Lawyer and political analyst Bakari Sellers agreed, noting that American rapper GLOrilla was handed a longer sentence for shoplifting. She said that she stole cereal and was sentenced to three years.

Mystal went on to cite another person of color who was charged with tax fraud and got significantly higher sentences.

"For some off the top of my head comparison, Wesley Snipes got THREE YEARS for tax evasion," he tweeted. "Served 2 and a half. Always bet on Black. Unless you're a criminal. Then all white is all right. If I was white I'd just straight up steal stuff. College tuition for your damn grandkids for 5 months in jail? Bruh. You can't make that kind of money selling drugs for five months."