Is Dry January a little too dry for you? Why more people are opting for a "Damp January"

Those who don't want to go full teetotaler are choosing a "Damp January," in which they drink just a bit less 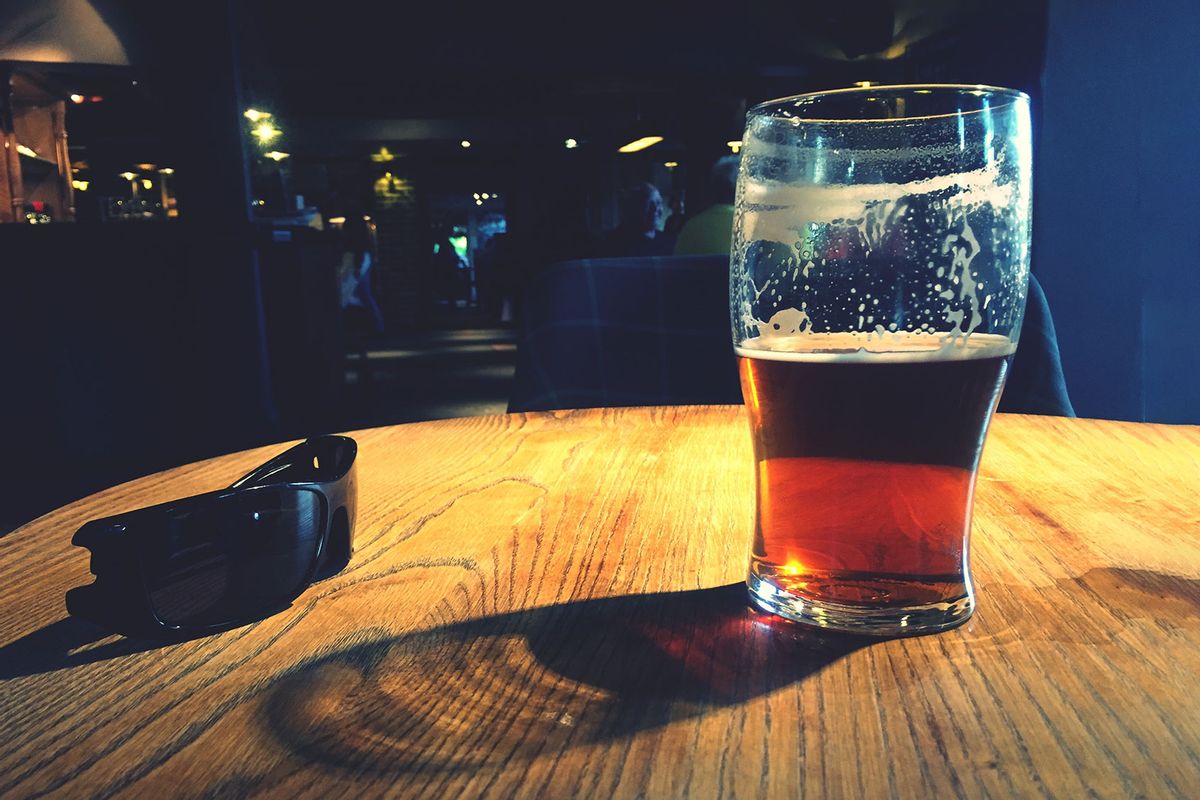 For many, overindulgence in vice during the holidays leads to health-related New Year's resolutions — whether eating better or avoiding alcohol or cannabis. In the past few decades, the practice of abstaining from booze during the first month has been given a new moniker: "Dry January."

"Damp January is kind of like the cousin of dry January."

Situated in-between teetotalers and drinkers, now there is a third camp of people changing their alcohol consumption habits — one that is neither full-on drinking nor totally refusing it, and who have their own neologism to match. Meet the adherents of "Damp January," health-conscious people who are simply drinking less than they usually do, just for the month of January.

"Dry January is the giving up of alcohol for the 31 days of the first month of the year— no cocktails, no beer, no wine, no spirits — and Damp January is kind of like the cousin of dry January," Hilary Sheinbaum, journalist and author of "The Dry Challenge: How to Lose the Booze for Dry January, Sober October, and Any Other Alcohol-Free Month," told Salon. "It is not 100 percent" abstinence from alcohol, Sheinbaum said; it's more like "doing your best and certainly consuming fewer drinks and less alcohol throughout the month than you would have usually had."

The "Damp January" trend might seem like an excuse to not commit to full abstention from alcohol. But those who study the movement say it speaks to a bigger trend of people moving away from a perfectionist mindset that has too long permeated the health and wellness space — for example having to lose a certain number of pounds for a specific date, or intermittent fasting which controls how often and when a person eats. In other words, health trends that require a person to deny themselves of pleasure.

"I won't be taking part in Dry January; it's impractical and doesn't sound enjoyable in this most depressing of months," journalist Jack Rear wrote in The Telegraph recently.

There even appears to be a burgeoning movement of people living a "damp lifestyle" — including Hana Elson, who runs a TikTok page all about going "damp."

But unlike Dry January, whose rules are relatively clear, what Damp January looks like varies from person to person. There is no set number of drinks a person must commit to having or not having, which is part of the appeal.

"There's one-drink January, which means that you have one drink or you have one night of drinking; then there's also Demi January, which means half dry, so you're doing two-and-a-half weeks or every other week; but Damp January does not have a specific number," Sheinbaum explained. "Damp January is just taking note of what you're consuming, being mindful and also having the opportunity to reevaluate your relationship with alcohol."

While one's success at an alcohol-free month depends on many variables, including the current state of a person's health, a study by researchers at the University of Sussex found that after taking part in Dry January many drinkers discovered they didn't need a drink to have a good time; had more energy after the sober month; and claimed to have learned more about why they drink. Separate research has shown that not drinking for a month can lead to weight loss, better sleep, and a healthier diet.

Are there any comparable health benefits to a Damp January?

Damp January "gives people an opportunity to feel like they're in charge, so, rather than it being all or nothing, I think that people can set the standard for themselves."

"Alcohol is a depressant so you'll feel perhaps a little bit more elevated without so many drinks during the month," Sheinbaum said, adding that the simple act of reducing alcohol consumption in a month could have a snowball effect on healthier habits, too. "There's not going to be those hangovers, where your head is pounding, [you're] feeling nauseous and feeling unmotivated, you're sick at work and that also contributes to being unproductive and then not wanting to work out."

Dr. Peg O'Connor, a professor in addiction studies at Gustavus Adolphus College, and author of "Higher and Friendly Powers: Transforming Addiction and Suffering," told Salon she views "damp January" as a positive movement in American culture.

"I think any time people start wondering about their drug or alcohol use and they decide to explore it, that's a good thing," O'Connor told Salon. Damp January "gives people an opportunity to feel like they're in charge, so, rather than it being all or nothing, I think that people can set the standard for themselves."

O'Connor said it's also an opportunity to celebrate health wins that don't require a person to do all or nothing.

"The first time that you aren't perfect, too many people say 'Well, that's just it, I can't do it at all,' rather than, 'well, I did three days here, and how did I feel during that time?'" O'Connor said. "'And what did I learn and what do I think about trying it again?' I want to take all of that as an important victory, because it shows the high watermark of what you can do."

At the very least, O'Connor said, Damp January can show someone "something that perhaps seemed impossible, it becomes a little more possible."

about alcohol and health