What happens to your body after you quit drinking, according to experts

Alcohol has a profound effect on the body and mind. Here's why Dry January will help you — but just a little 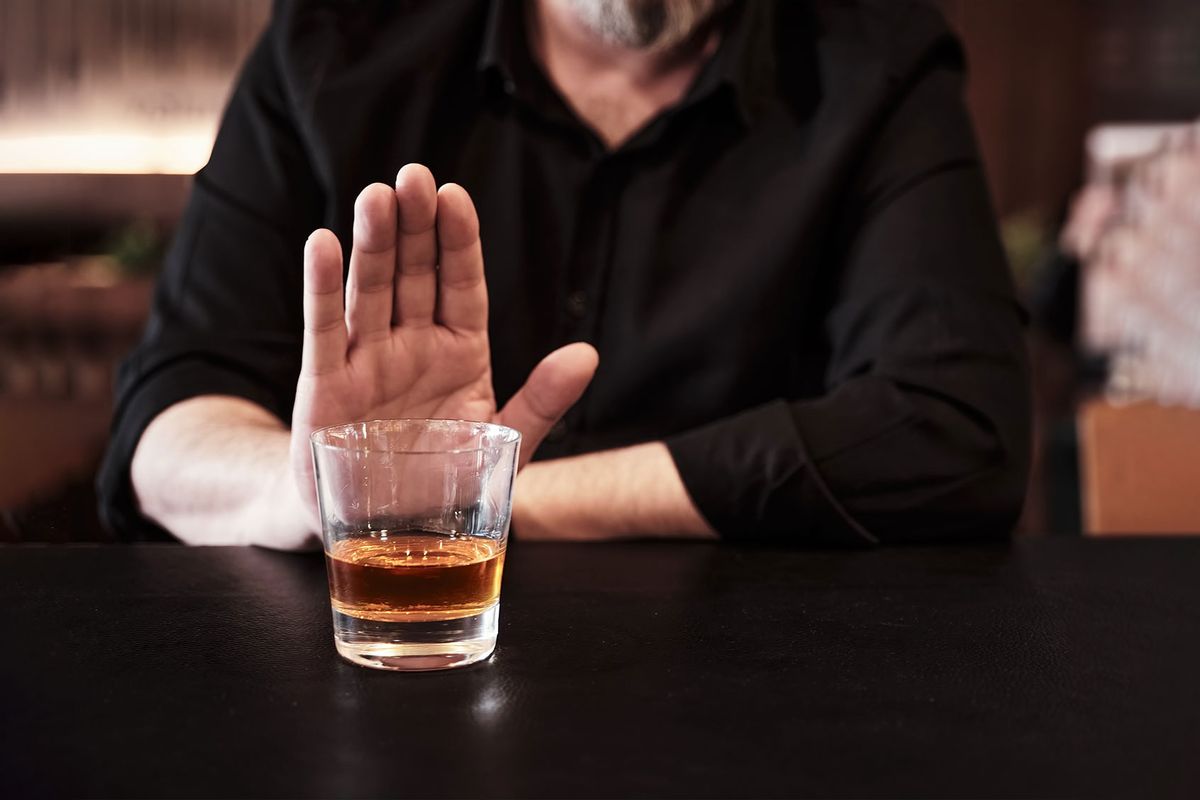 Man rejects a drink at the pub (Getty Images/cagkansayin)
--

As often happens in the first month of the new year, vast numbers of Americans are attempting a "Dry January" or even "Damp January — " a trendy challenge to abstain or moderate alcohol use. You can be sure that those who succeed will see an improvement in their health, as alcohol is not exactly known for its health benefits. But how profound will these changes be, and will they even be that significant? Indeed, while heavy drinkers might see quick shifts in mood and energy, moderate or light drinkers might be apt to wonder if much will be different in their lives at all.

Salon spoke to experts about the short-term health benefits of moderating one's alcohol consumption for a month.  As it turns out, time actually does play a big role in determining health benefits.

The most noticeable effect ethanol has is on GABA receptors, which play a role in calming the nervous system. More GABA means a more sedating, relaxed effect.

"The long-term effects of Dry January depends on if the habit of not drinking or reduced alcohol consumption is maintained," Dr. Rami Hashish, an injury expert and founder of the National Biomechanics Institute, told Salon. "If somebody drinks relatively a lot, and then stops for a month, and then goes right back to that same habit, then you may not necessarily see so many great benefits. It sounds nice, but science doesn't really bear that out, that they're going to see these huge benefits long-term, if they just stop some sort of action for a given month."

In other words: alcohol abstinence is not unlike diet or exercise, in that finding a new routine for only a month probably won't trigger life-altering changes.

That said, the effects of quitting alcohol can become noticeable quite quickly. A recent study in the journal Alcohol and Alcoholism found that for two-thirds of patients, cognitive abilities returned 18 days after detoxing from alcohol. This was a small study with just 32 subjects and it examined severe alcohol use disorder. Patients were also given thiamine, which may have helped improvement. More moderate drinkers may not experience the same extreme changes, but it's still a window into how profound even a short stint without alcohol can be.

Ethanol, the technical term for the drug in booze, is a promiscuous molecule. That means it likes to interact with a lot of different receptors in the body; it sometimes likened to a shotgun blast that doesn't discriminate where it hits. Almost every organ system in the body is affected by alcohol, from digestion to immunity, but nothing is as influenced as the brain. And this has a cascading effect from the top down. "If something affects the brain, it affects every other part of the body," Hashish says.

When alcohol enters the brain, it can gum up the way neurons and other cells communicate. Braincells send messages using chemicals called neurotransmitters. Ethanol can trigger the release of neurotransmitters like serotonin and dopamine, which are associated with feelings of mood and reward. But the most noticeable effect ethanol has is on GABA receptors, which play a role in calming the nervous system. More GABA means a more sedating, relaxed effect.

"When one is drunk, the brain struggles to produce long-term memories, which account for blackouts," Dr. Sanam Hafeez, a neuropsychologist, founder and director of Comprehensive Consultation Psychological Services, told Salon in an email. "Alcohol also affects the temporal cortex, which is the area of the brain that makes new memories." In contrast, quitting drinking can improve memory.

The moment you take a sip of beer, wine or whatever, your body recognizes ethanol as a toxin and tries to flush it out. It's first absorbed through the stomach and small intestine, working its way through the bloodstream. An enzyme in the liver called ADH4, or alcohol dehydrogenase 4, breaks ethanol down, which eventually becomes carbon dioxide and water.

But there's an intermittent stage between ethanol and its harmless byproducts, when the liver produces acetaldehyde, a known carcinogen that can have many toxic effects on the body. The more you drink, the more this byproduct builds up. The liver can only break it down further so fast, at a rate of about one drink per hour. Acetaldehyde is often implicated as the cause of hangovers.

The more someone drinks, the more work their liver will have. This can lead to liver inflammation, also called hepatitis, which can result in scarring and a lower-functioning organ that can trigger more serious problems with the liver.

"The liver filters toxins in the body. Heavy drinking is toxic to your cells and can lead to cirrhosis, fatty liver disease and other issues," Hafeez says. "When you abstain from alcohol, the liver can repair itself, and in some cases, regenerate."

Of course, all of this depends on the frequency and volume of alcohol someone is consuming. Many people can responsibly manage the temporary side effects of alcohol and feel like the social and stress-relieving aspects outweigh the negative health effects. While a popular 2018 Lancet study concluded that there is "no safe level of alcohol consumption," a sentiment recently echoed by the World Health Organization, many have expressed criticism of such strict abstinence.

Nonetheless, when you quit drinking for a while, it can have an immediate impact on your health — again, depending on how much alcohol is typically imbibed.

"Although a regular glass of red wine might be heart healthy, overindulging is bad for your heart and blood pressure," Hafeez says. "Quitting or cutting back may lower triglycerides, which reduces the chances of heart failure."

However, in severe alcohol use disorders, quitting cold turkey can be deadly, putting people at risk for fatal seizures. This is why Hafeez, Hashish and other experts recommend talking to a doctor about drinking habits and quitting. But if you do quit, it can change someone's health relatively quickly.

"People generally see a pretty immediate reduction within a month," Hashish says, "such as increased hydration, weight loss, reductions in blood pressure, better sleep... people may have better sex, they have greater immunity, so they may be able to heal better from injury or illness. So there's a lot of benefits."

Abstaining can also translate into increased energy, better concentration and memory and improved mood. It's worth emphasizing that there's nothing wrong with drinking alcohol. Humans do all kinds of activities that can be unhealthy, from eating sugar to sitting at a computer too long. The question here is one of moderation, assessing one's health and being informed about what is happening when ingesting certain drugs like alcohol.

about alternatives to booze