For thirty years, teens have been engaging in less risky behavior. Researchers aren't sure why 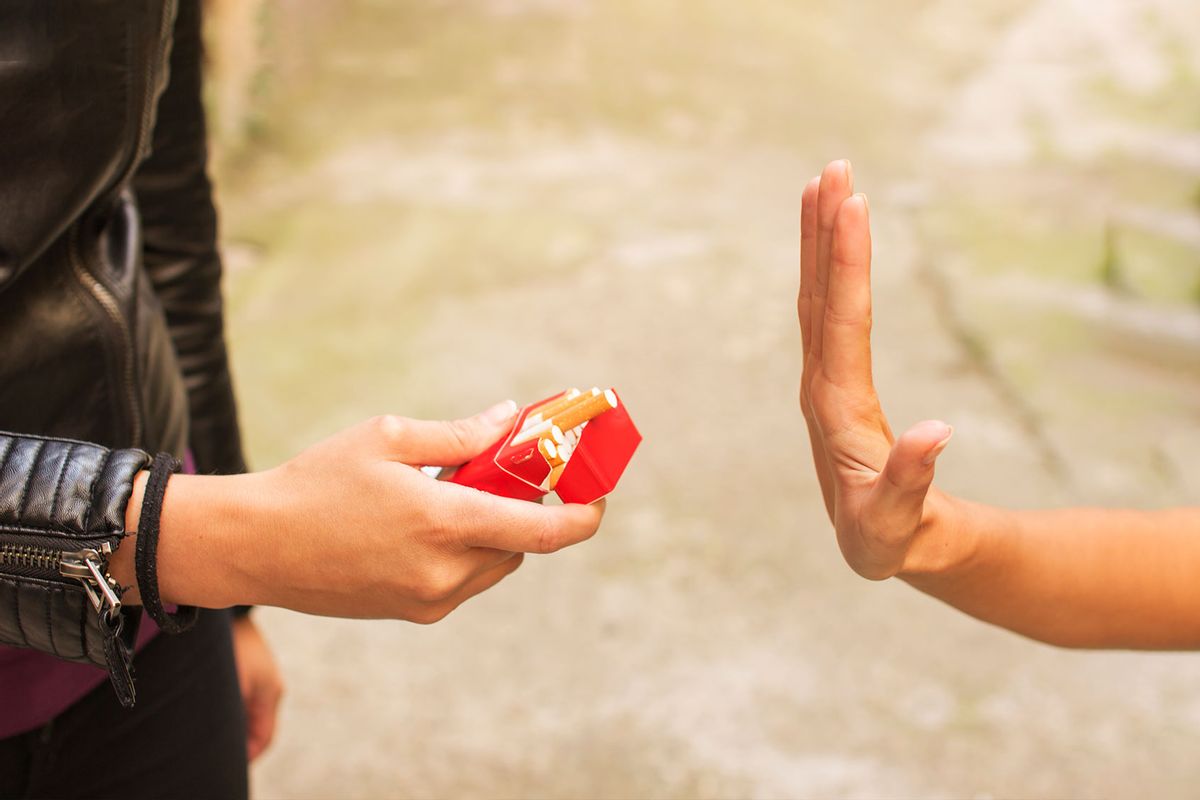 In the 1956 film "The Violent Years," a quartet of bored teenage girls go on a crime spree, knocking over gas stations, robbing strangers and vandalizing a high school, their exploits concluding in a grisly shootout with police. This and other contemporary movies — including "Rebel Without A Cause," which depicted switchblade-wielding teens sporting leather jackets and slicked-back hair — captured the zeitgeist of the era, one marked by fear of youthful, ungovernable delinquents.

Even J. Edgar Hoover, the corrupt and long-serving director of the Federal Bureau of Investigation, issued a warning in 1953 that "the nation can expect an appalling increase in the number of crimes that will be committed by teenagers in the years ahead."

"There have been major and unprecedented declines in the prevalence of adolescent smoking, alcohol use, and other 'traditional' risk behaviors."

If that was true, it seems that times have radically changed. In fact, overall risky teenage behavior has dramatically fallen in the last two decades, at least in high-income countries. Between 1999 and 2019, kids became much less likely to uses drugs like alcohol, tobacco or cannabis; were waiting longer to begin having sex; and were less likely to commit crimes.

A new review in the journal Social Science & Medicine closely examines these trends and their possible causes, which holds true in Australia, England, the Netherlands, New Zealand, and the USA, as well as many European countries. The research was led by Dr. Jude Ball, a senior research fellow at the University of Otago in Wellington, New Zealand, and included five other public health experts from around the globe.

"There have been major and unprecedented declines in the prevalence of adolescent smoking, alcohol use, and other 'traditional' risk behaviors in many high-income countries since the late 1990s," Ball and her colleagues wrote. "Reasons for this behavioral shift are not fully understood, but the causes appear to be multiple."

So while risky behavior may becoming somewhat more rare among younger cohorts, their mental health has been pummeled.

They warn that "there is no simple answer" to any of these factors, but they offer several enticing theories that could warrant more research.

Meanwhile, other studies suggest that teens are undergoing a major mental health crisis. The National Institute of Mental Health estimates that 50 percent of U.S. teens have been afflicted by a mental health disorder at some point in their lives, with 22 experiencing "severe impairment." Episodes of major depression and the suicide rate among young people have both risen 60 percent since 2007.

So while risky behavior may becoming somewhat more rare among younger cohorts, their mental health has been pummeled.

Experts aren't sure why we're seeing these trends, but Ball and her co-authors drew on multiple international databases that track teen behavior, such as the Monitoring the Future study, which has been surveying American teens about drug use including alcohol since 1975. They also analyzed numerous studies that have tried to explain these trends and weighed the evidence, but only seemed to raise even more questions. The short version is, it's complicated.

In the first, there seems to be some evidence that kids these days are spending less time alone and unsupervised with their friends. These are the sorts of situations where kids get up to no good, but some research suggests this is on the decline in the U.S., perhaps due to increased parental monitoring.

Or, there could be a number of separate trends in behavior that are only coincidentally showing a downward trend. It could be a confluence of drug policy controls like age restrictions on alcohol, decreased access to drugs or less approval by parents.

Finally, it could be a cascade effect, that all these risky behaviors are interlinked and when one becomes unfavorable or inaccessible, the others fall away as well. For example, using alcohol has been linked to criminal behavior and risky sex, so by removing one, it could make the other behaviors less likely.

"In summary, although the evidence base is very limited, there is some empirical support for the cascade hypothesis with evidence that declining tobacco and alcohol use may have suppressed cannabis use, and declines in alcohol and cannabis use may have contributed to decreased sexual behavior in adolescents," Ball and her colleagues explain.

However, this could almost read like a reverse "gateway" effect — the theory (mostly applied to cannabis) that using one drug will lead to the use of other, more addictive drugs. This has largely been debunked as an oversimplification of drug use and addiction, which is dynamic and does not follow specific tiers.

But Ball and her co-authors repeatedly emphasize that evidence across the board insufficiently explains why teens are less interested in drugs, sex and breaking the law. Many theories remain to be tested and "definitive evidence is lacking," they note. It's especially hard to parse all this data across so many different countries, which have a myriad of different backgrounds and social customs — but regardless, risky behavior among teens is less common now.

It may seem like a good thing kids are doing less of these things, so why bother investigating this? But Ball and her colleagues wonder, "could declining risk behaviors be a positive side-effect of a world that is increasingly antithetical to healthy youth development more broadly?"

Perhaps teens have replaced drinking alcohol or having unprotected sex with other unhealthy behaviors, such as vaping, sexting, online video games or strong engagement with social media.

"These modern risk behaviors may be less deadly than those of the past, reflected in decreasing adolescent mortality since 2000," Ball and her coauthors note, "but there is considerable parental and social concern about these new behaviors. How harmful they are from a public health perspective remains unclear."

Clearly, we need more research in this area, especially as teenage mental health is in crisis. The authors note that the data they use comes from before the COVID-19 pandemic, which has seemingly poured gasoline on an already raging mental health bonfire. Just because the kids aren't getting into trouble as much doesn't mean the kids are all right.