"He is a proven loser": Paul Ryan "can't imagine" Trump winning in 2024 after string of defeats 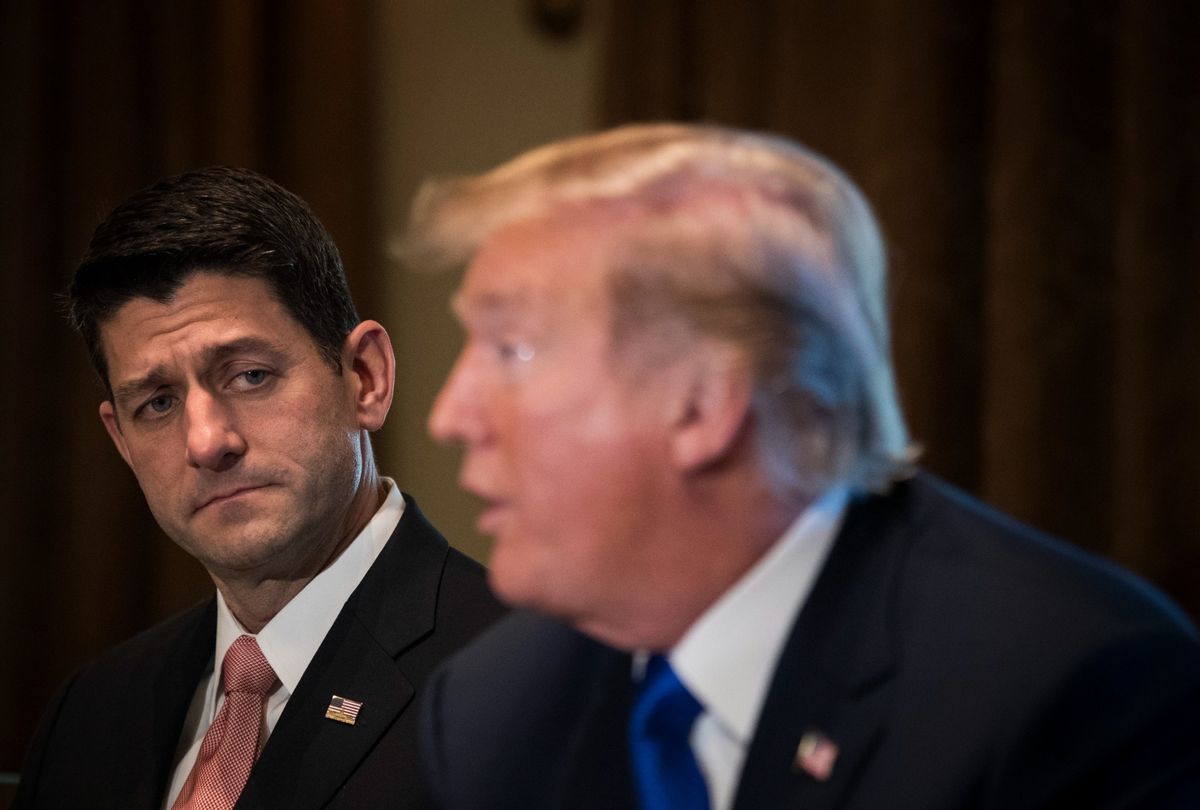 Former House Speaker Paul Ryan looks on as former President Donald Trump speaks about tax reform legislation during a meeting with members of the House Ways and Means Committee in the Cabinet Room at the White House, November 2, 2017 in Washington, DC. (Drew Angerer/Getty Images)
--

Paul Ryan wrote off Donald Trump as a non-factor going forward in the Republican Party.

The former House speaker cast doubts on the twice-impeached former president's chances for winning the GOP nomination for 2024, despite being the only candidate who has so far announced a campaign, and he told CNN's Jake Tapper that Republicans should move on from his leadership.

"The thing I take solace in, with all the machinations you saw last week, most of that wasn't personal," he added. "Most of that was around fiscal responsibility, most of that was about a concern about spending inflation and debt — that's great. I think you need to persuade the country with the solutions on the problem, and I don't think brinksmanship solves those things, but what is behind that is a good thing, which is Republicans finally reacquiring their moorings on the party of fiscal responsibility and limited government. That is the good thing I see in all of this weird stuff, and I am a Republican. I am not a member of an organized party, I am a Republican."

Watch below or at the link: