Does anyone still think Joe Biden is Democrats' best option for 2024?

Of course Trump's scandals are worse. But this debacle should make clear that Democrats can't afford Joe Biden 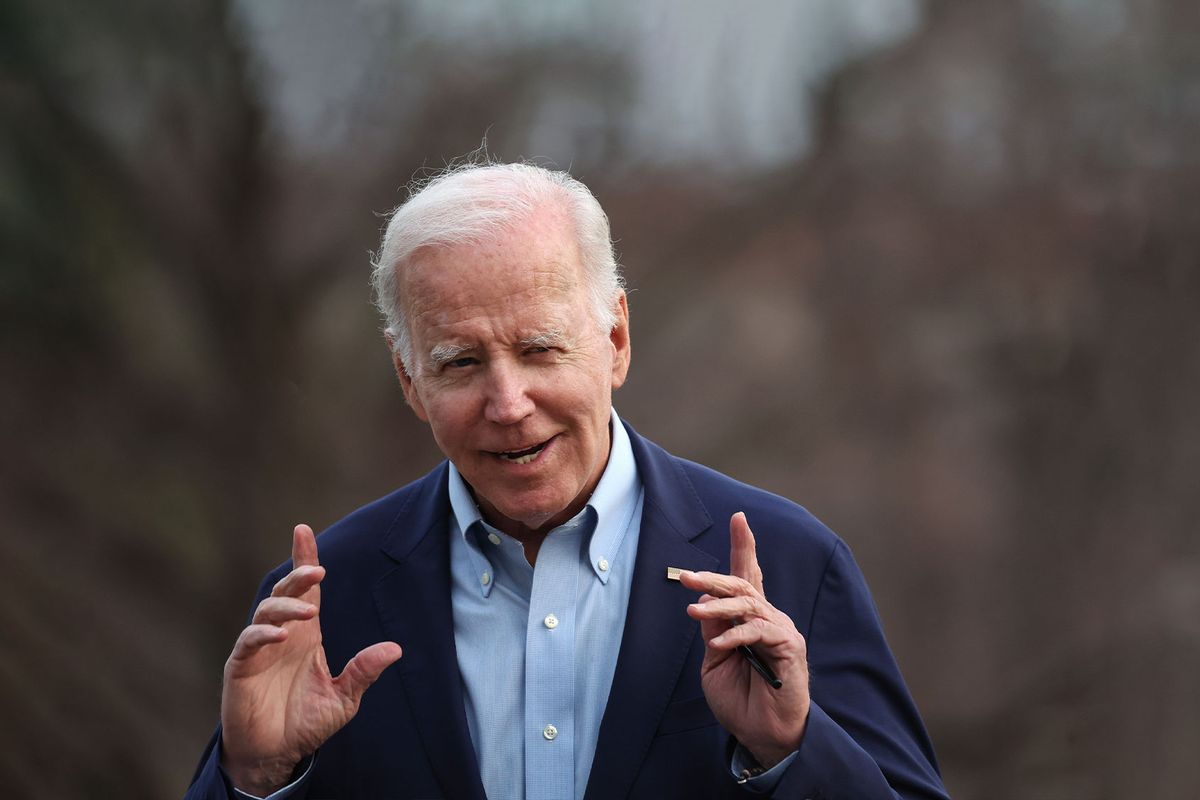 For many months, conventional media wisdom has told us that Joe Biden would be the strongest candidate to defeat Donald Trump in 2024 because he did it before. That claim has always rested on shaky ground — after all, Trump was the ultimate symbol of the status quo when he lost in 2020, as Biden would be in next year's election. That's hardly auspicious when polling shows that the current electorate believes the country is "off on the wrong track" rather than "headed in the right direction" by a margin of more than three to one.

But now the bottom has dropped out of that timeworn spin for Biden in the wake of the discovery of unsecured classified documents under his control, the appointment of a special counsel to investigate him and the botched handling of this widening scandal by the White House.

Yes, Trump's handling of classified documents was far more egregious, when compared to what we know of Biden's so far. But looking ahead, a Biden campaign would be incapable of making any effective criticism of Trump on the issue.

We can already see how having Biden at the top of the ticket would be a serious liability up and down Democratic ballots nationwide. "Awkward" barely begins to describe the position in which recent developments have put leading Democrats. An early preview came just a few days ago when Rep. Pramila Jayapal, chair of the Congressional Progressive Caucus, appeared on CNN and did the best she — or just about any other Democrat — could do under the circumstances.

Biden wants to block a primary challenge from the left: That's not democracy

"Certainly there's a political problem for all of us as Democrats," Jayapal acknowledged after being confronted with her tweet from four months ago condemning Trump's conduct with classified documents, "but I do think that there are significant differences, and I do think it's important to look at the fact that this president is cooperating completely with the investigation." Later in the interview, Jayapal said: "So there are significant differences. It doesn't take away my concern about the overall situation, and I do think we have to continue to look at the facts."

As more facts emerged over the weekend, the situation worsened for the party currently hitched to Biden's star. Under the telling headline "Biden Missteps on Secret Papers Create Self-Inflicted Crisis," Bloomberg reported that "the decision to wait more than two months, until after midterm elections, to disclose the initial discovery of classified documents has fanned criticism of the president's commitment to transparency that has only grown as Biden and his team stumbled through the subsequent week."

Expanding on its big-type subhead "Drip of incomplete information suggests attempt at cover-up," the article added: "Statements by the president, his lawyers, and his spokespeople that omitted key details — including information later revealed in news reports or subsequent statements — intensified the impression that the White House has something to hide. And the steady stream of revelations knocked Republican dysfunction on Capitol Hill out of the headlines while also offering a lifeline to former President Donald Trump, who is under criminal investigation for his own handling of classified documents."

After several minutes defending Biden on NBC, staunch loyalist Rep. Jim Clyburn finally admitted that "this undercuts all of our credibility as Democrats" on the issue of classified documents.

Even one of the most loyally partisan House Democrats, Adam Schiff of California, felt compelled to say during an ABC News interview on Sunday that "I don't think we can exclude the possibility" that Biden's handling of classified documents jeopardized national security. On Monday, after several minutes of defending Biden on NBC, consummate "mainstream" Democrat Rep. Jim Clyburn of South Carolina said: "It's no question the reporting of all this undercuts all of our credibility as Democrats when it comes to this kind of an issue."

Another seasoned Democrat, only willing to be identified as a "former Clinton aide," presented this analysis of Biden's political peril in comments to The Hill: "Everyone can say what they want but this weakens him, full stop. This is just one of those things that will stick around and won't go away."

What does all this mean for progressives and anyone else who doesn't want a Republican to win the White House in 2024?

Biden's electoral future should be taken off the national table so we can proceed with focused discussions of crucial issues on their merits, rather than everything being viewed in terms of political calculus regarding the president's prospects for re-election. This country is facing an ongoing cascade of crises, and Republicans pose a clear and present danger to democracy, whether their nominee is Trump or someone else. Democrats will need the strongest possible ticket to defeat them. Joe Biden definitely should not be on it.