Solomon Peña, who lost his race by 48 points, was arrested by a SWAT team on Monday 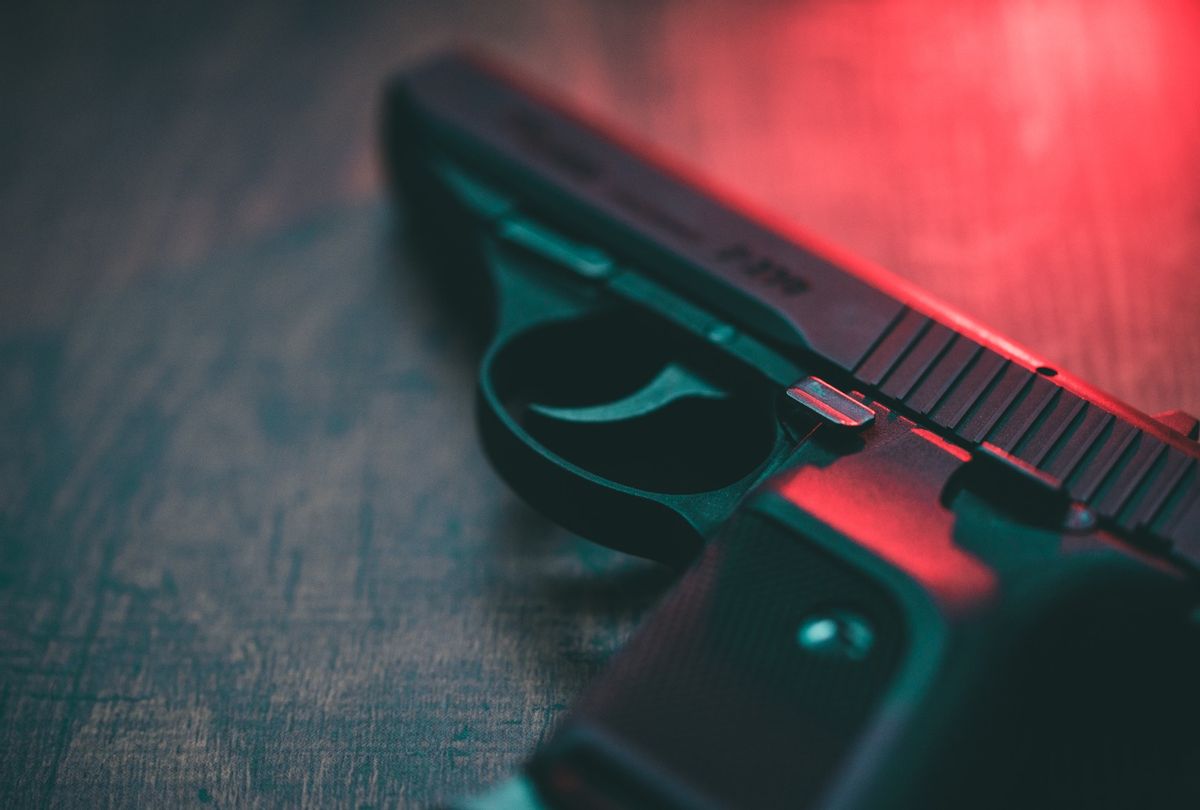 A failed Republican candidate for the New Mexico House of Representatives was arrested by a SWAT team on Monday and charged with orchestrating a series of shootings targeting Democrats in Albuquerque, police said.

Solomon Peña, who lost his race to represent the state's 14th House District last year, paid and conspired with four men to shoot at the homes of two state lawmakers and two county commissioners, according to Albuquerque Police Chief Harold Medina.

"It is believed he is the mastermind," Medina said at a news conference, according to CNN.

"Peña himself went on this shooting and actually pulled the trigger on at least one of the firearms that was used," Albuquerque Police Commander Kyle Hartsock said, according to CNN, but the AR handgun he was using malfunctioned. Another shooter fired more than a dozen rounds from a different gun, according to police.

"Nobody was injured in the shootings, which resulted in damage to four homes," police said in a news release.

A SWAT team arrested Peña on Monday on suspicion of "helping orchestrate and participate in these four shootings, either at his request or he conducted them personally, himself," Hartsock said.

Peña's 2022 opponent, Democratic state Rep. Miguel Garcia, sued to have him removed from the ballot, arguing that he should not be allowed to run because he is an ex-felon. A judge allowed Peña, who served seven years in prison after being convicted in 2008 of a "smash and grab scheme," to remain on the ballot, according to KOAT. Peña ultimately lost the race 74-26.

In a subsequent tweet on November 15, he wrote that he "never conceded" his race and was "researching my options."

Peña approached the senators and commissioners he allegedly targeted at their homes with paperwork he claimed showed proof of his fraud claims, Albuquerque Police spokesperson Gilbert Gallegos told reporters.

"What our investigation shows … after the election in November, Solomon Peña reached out and contracted someone for an amount of cash money to commit at least two of these shootings. The addresses of the shootings were communicated over phone," Hartsock said Monday, according to CNN. "Within hours, in one case, the shooting took place at the lawmaker's home."

Hartsock added that police are still investigating whether the people suspected of carrying out the shootings were "even aware of who these targets were or if they were just conducting shootings."

"APD essentially discovered what we had all feared and what we had suspected – that these shootings were indeed politically motivated, and that has basically been confirmed by this investigation," Albuquerque Mayor Tim Keller told reporters on Monday.

"I also know that fundamentally, at the end of the day, this was about a right-wing radical, an election denier who was arrested today and someone who did the worst imaginable thing you can do when you have a political disagreement, which is turn that to violence. That should never be the case. Differences of fundamentals in democracy are going to happen. Disagreements take place. We know we don't always agree with our elected officials, but that should never ever lead to violence," Keller said.

The first shooting occurred on December 4 at the home of Barboa, the county commissioner. She said that she discovered four gunshots through her front door and windows "where just hours before my grandbaby and I were playing in the living room," according to The Washington Post.

"Processing this attack continues to be incredibly heavy, especially knowing that other women and people of color elected officials, with children and grandbabies, were targeted," Barboa said in a statement.

On December 8, several shots were fired at the home of Martinez, the state House speaker.

"We have seen far too much political violence lately and all of these events are powerful reminders that stirring up fear, heightening tensions, and stoking hatred can have devastating consequences," Martinez said in a statement.

On December 11, more than a dozen shots were fired at the home of O'Malley, another commissioner.

"To say I am angry about this attack on my home — on my family, is the least of it," O'Malley told KRQE. "I remember thinking how grateful I was that my grandchildren were not spending the night, and that those bullets did not go through my house."

On January 3, about a dozen shots were fired at the home of state Sen. Linda Lopez. Three bullets went through her 10-year-old daughter's bedroom as she slept, according to the Albuquerque Journal.

Police also investigated gunshots fired near the campaign office of Attorney General Raúl Torrez and another shooting near the office of state Sen. Antonio "Moe" Maestas but a spokesperson said that the department does not have evidence linking those shootings to the alleged plot.

"Detectives no longer believe the shootings are connected to reports of shots fired near a campaign office of the Attorney General, nor the law office of a state senator," police said in a news release.

"Everyone in the NM government who helped overthrow Trump are the active treasonists who must be placed in Guantanamo Bay Cuba for natural life. Once they are gone I can work on rebuilding Albuquerque," he tweeted on December 28.

On November 17, he vowed to "attempt to stop the certification in Bernalillo County, until a hand recount has been done. It was rigged!"

At another point he posted a photo that appears to have been taken in D.C., writing that it was "one of the last pictures I have of the Jan 06 trip."