Renner spent weeks in the hospital. His "Mayor of Kingston" poster no longer shows the actor with bloody bruises 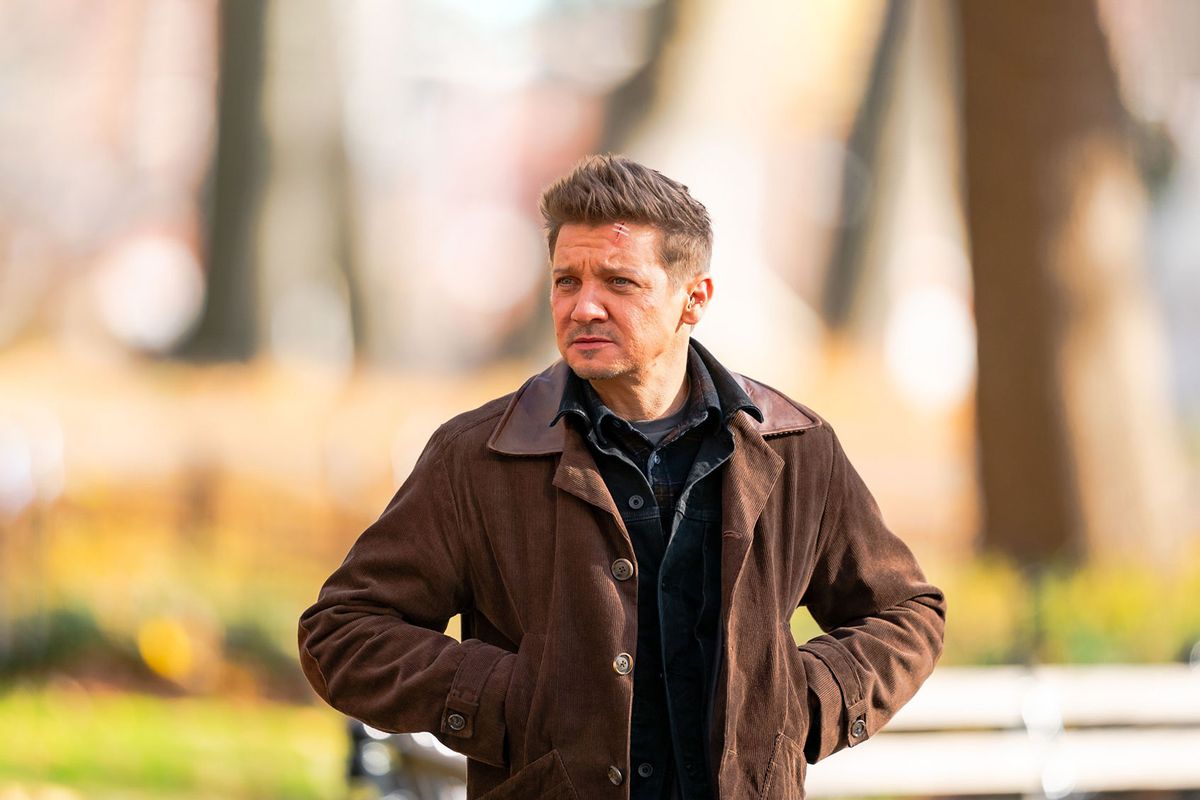 In December, Paramount+ released a promotional image for the series "Mayor of Kingstown," advertising its upcoming second season. In the poster, star Jeremy Renner glowers at the camera, wearing a dark suit and tie stained with dirt. A brick prison, complete with razor barbed wire fencing, goes up in smoke behind him. His face has fairly graphic bruises and bloody cuts.

But on Tuesday, the studio released new key art for "Mayor of Kingstown," as Variety reported. In the revised image, the blood and bruises have been erased from Renner's face. This seems to be a response to an Instagram photo the actor posted of himself only a few weeks earlier on Jan. 3 after Renner was injured in a snowplow accident.

"Hawkeye" is a pandemic fable

On New Year's Day, Renner was assisting a family member whose vehicle had become stuck in the deep snow near Reno, Nevada, where Renner lives. Renner was using a snowcat, a tracked vehicle designed to move on snow. While he was out of the driver's seat, the heavy machinery started to roll away. It ended up rolling over him and crushing him. Authorities investigated the accident, but as Rolling Stone reported, "They quickly said there were no signs that Renner was impaired at the time, nor was there any evidence of foul play."

Renner suffered blunt chest trauma in the accident and other orthopedic injuries, according to CNN. Listed in critical condition, he spent more than two weeks in the hospital and also underwent several surgeries. He was scheduled to appear at the Television Critics Association press tour on Jan. 9 to promote "Mayor of Kingstown," but had to cancel in order to recover.

At the time of the accident, Renner was immediately assisted by neighbors while they waited for help to arrive. Renner was the only one injured in the accident.

Renner had previously purchased the snowcat in order to build a sledding course for his children. When winter weather hit, he utilized the vehicle to help clear local roads. "He was being a great neighbor and he was plowing those roads for his neighbor," Washoe County Sheriff Darin Balaam told CNN.

In "Mayor of Kingstown," Renner plays Mike McLusky, the son in a powerful family in Kingstown, Michigan, where incarceration is the biggest part of the local economy. According to Variety, Paramount+ erased the visible blood, cuts and bruises from its key art "out of respect" for Renner's accident and his recovery.

Season 2 of "Mayor of Kingstown" premiered on Sunday. The next day, Renner responded to a social media post from the show's official account, saying, "Outside my brain fog in recovery, I was very excited to watch episode 201 with my family at home."