Ivanka and Jared plotted with Nikki Haley to backstab Mike Pence so she could be veep: Mike Pompeo 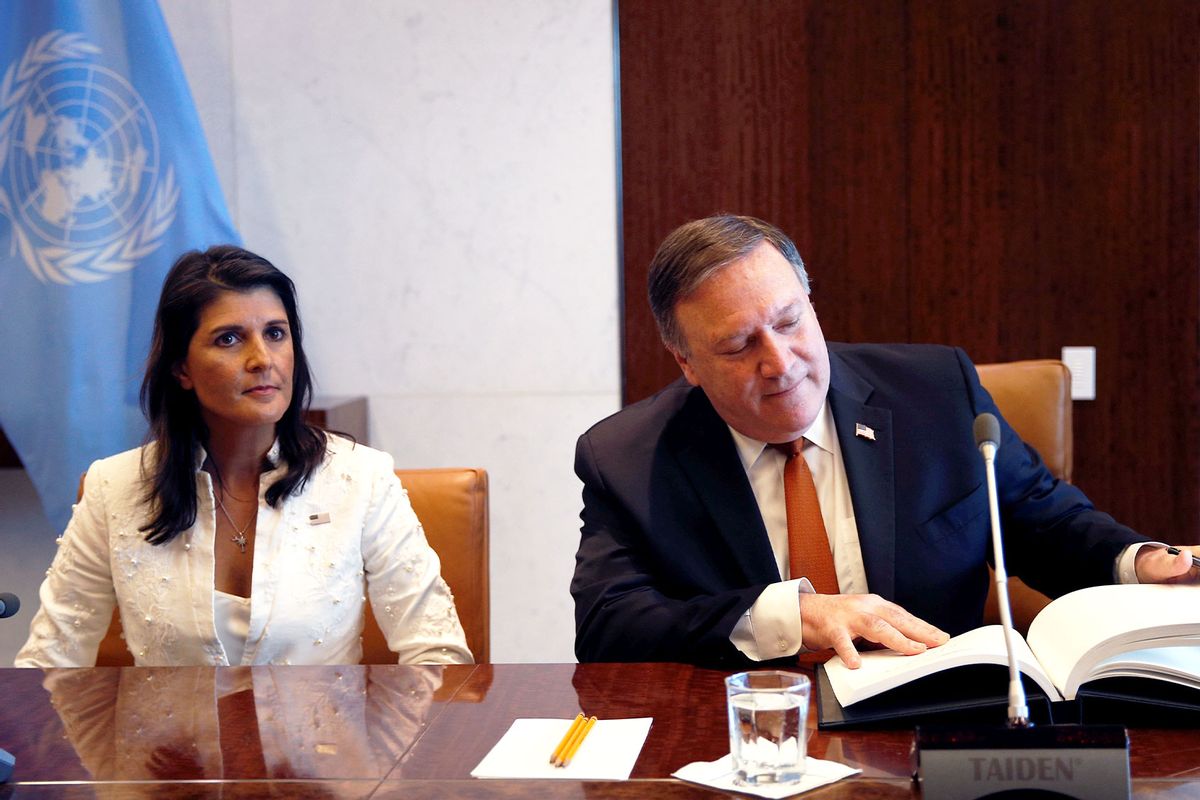 A copy of the book, "Never Give an Inch: Fighting for the America I Love," obtained by The Guardian details an incident in which Haley secured a personal Oval Office meeting with Trump and both of his senior advisers: his daughter and her husband.

Pompeo wrote that Haley "played" Trump's then-chief of staff, John Kelly, since she did not consult with him first about the meeting.

"As best Kelly could tell," Pompeo wrote, "they were presenting a possible 'Haley for vice-president' option. I can't confirm this, but [Kelly] was certain he had been played, and he was not happy about it. Clearly, this visit did not reflect a team effort but undermined our work for America."

Throughout his book, Pompeo continues to go after Haley and even criticizes her performance in her previous job as the ambassador to the United Nations,

Haley resigned in October 2018, which Pompeo described as her abandoning Trump just as she had done to "the great people of South Carolina" by resigning as governor.

Pompeo is not the only potential Republican presidential candidate to release a book about his time in the Trump administration.

Former Vice President Mike Pence released his memoir, "So Help Me God," and Florida Gov. Ron DeSantis – who is viewed as a strong contender –  is set to publish his own memoir "The Courage to Be Free: Florida's Blueprint for America's Revival," next month.

Pompeo's book also provides insight into his relationship with Trump.

When the secretary of state was at all critical about China at the start of the COVID-19 outbreak, Trump told him to "shut the hell up for a while" to avoid upsetting Chinese President Xi Jinping, Semafor reported.

In a March 26 call that took place between the two leaders, Xi told Trump that his Cabinet member was jeopardizing the "phase one" trade deal that the principals had agreed to, according to Semafor.

This happened a day after Pompeo had said that China had "repeatedly delayed" sharing information about the coronavirus and engaged in a "disinformation campaign."

Pompeo believed that the Chinese president was trying to get Trump to fire him.

"My Mike, that fucking guy hates you!" Trump said after the call.

A few days later, he informed Pompeo that he was "putting us all at risk" by angering Xi since the United States still needed protective health equipment from China.

"We needed health equipment and were at the CCP's mercy for it," Pompeo wrote. "I worked for the president, and would bide my time."

Another interesting experience that Pompeo recalls in his memoir is a secret meeting he had with North Korean leader Kim Jung Un in 2018, which he said began with a "joke about assassination," according to The Hill.

"This small, sweating, evil man tried to break the ice with all the charm you would expect from a mass murderer. 'Mr. Director,' he opened, 'I didn't think you'd show up. I know you've been trying to kill me,'" Pompeo wrote.

He added that his meeting with Kim Jung Un was a "complete secret" and his goal was to "correct the failed efforts of the past that had not eliminated North Korea's nuclear weapons of mass destruction."

Pompeo's memoir is set to be released on Jan. 24 amid speculation that he could announce a 2024 presidential run.