County Sheriff Robert Luna gave a press conference on Sunday morning, during which time the suspect was at large 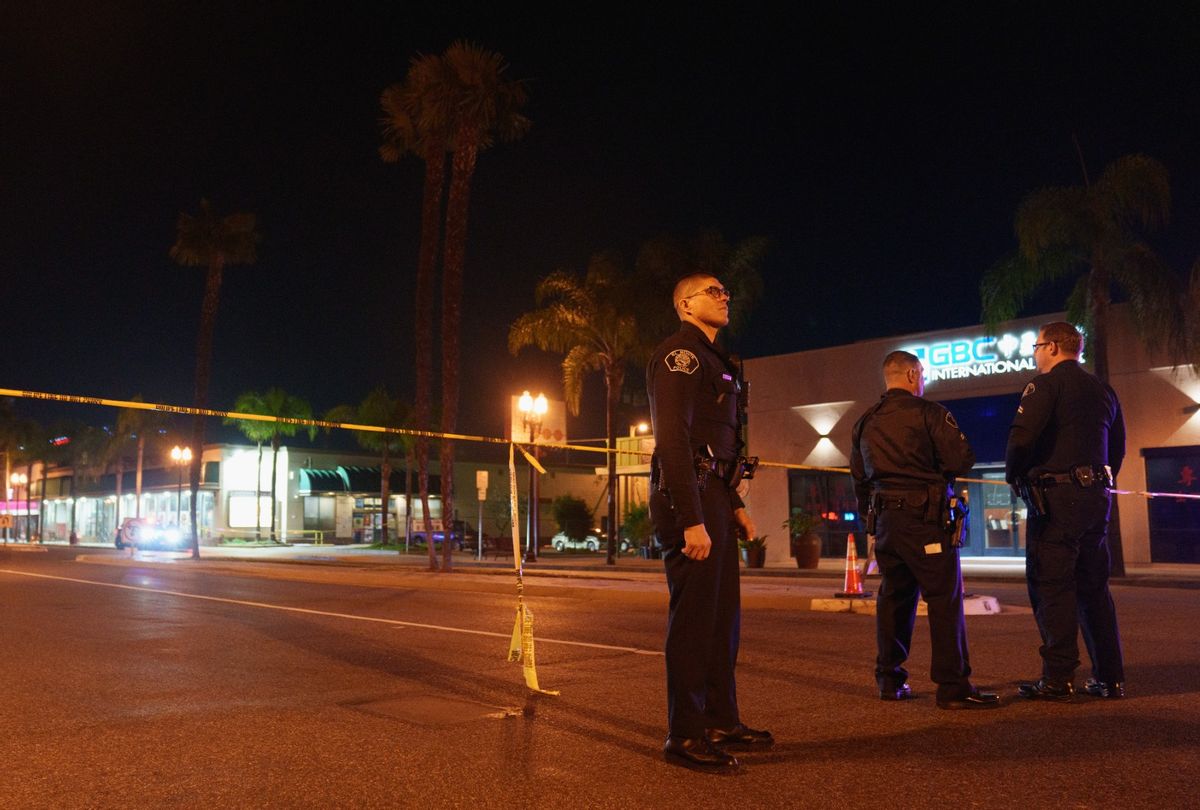 Law enforcement at the scene of a shooting on January 22, 2023 in Monterey Park, California. ( Eric Thayer/Getty Images)
--

On Saturday night, during a Lunar New Year celebration, a male suspect opened fire on a ballroom dance studio in Monterey Park, California, killing at least 10 people and injuring many others.

During a press conference on Sunday morning, Los Angeles County Sheriff Robert Luna stated that the suspect had fled the scene after the shooting, and was still at large as of early afternoon.

"Our very preliminary description has been described as a male Asian, and that's from the scene here in Monterey Park," Luna said, going on to highlight that interviews with those at the scene have given conflicting descriptions.

"We are utilizing every resource to apprehend this suspect in what we believe to be one of the county's most heinous cases," Luna added.

"There's a lot more that we don't know than we know, at this time," Luna said, with the Los Angeles Times' coverage of the shooting adding that law enforcement feel it is "too early to tell whether the festival was connected to the shooting." Included in their coverage is that investigations determined that the shooter "used a high-powered assault rifle at close range" and that several witnesses reported seeing a white cargo van, which is factoring in to their search.

"It's difficult to believe that it happened here in Monterey Park," said Henry Lo, the city's mayor. "We want to express our condolences to the victims and their families."

According to AP News, the suspect "may have tried — but failed — to target a second dance hall," citing law enforcement sources.