This Lunar New Year, find out why the cat became felina non grata in some Asian zodiac cycles 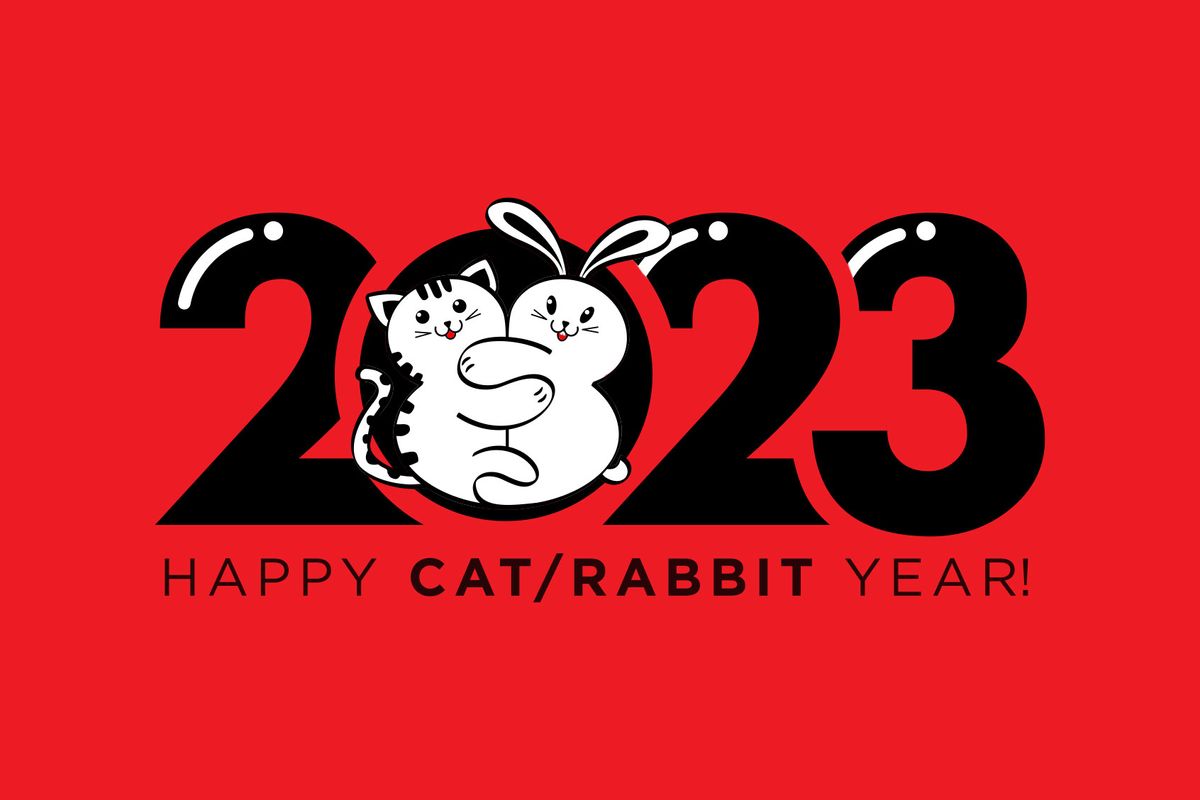 2023, Year OF The Cat/Rabbit (Photo illustration by Salon/Getty Images)
--

Happy Year of the Rabbit! Sunday, Jan. 22 officially marks the start of the Lunar New Year, time to reunite with family, eat dumplings and noodles and engage in other practices that augur a prosperous new cycle.

The Lunar New Year, sometimes called the Chinese New Year or the Spring Festival, is celebrated in China and other Asian countries (and throughout the diaspora), and predominantly follows a lunar calendar that originated in China. Festivities officially begin with the first new moon of the lunar calendar and end 15 days later, on the first full moon of the lunar calendar. Because the holiday operates on the cycles of the moon, its dates of celebration vary from year to year (since we follow a solar calendar in the West), often beginning some time between Jan. 21 and Feb. 20, per Britannica.

While most Westerners are familiar with the 12 astrological signs of the zodiac that correspond with constellations and when a person is born in a given year, the Chinese zodiac is different, cycling through one sign per year, over a cycle of 12 years. The animal signs follow the same order every dozen years: Rat, Ox, Tiger, Rabbit, Dragon, Snake, Horse, Goat (also translated as Ram and Sheep), Monkey, Rooster, Dog and Pig.

But if there's a Rat and a Dog, where's the Cat in all of this? Well, if one goes by the Chinese zodiac, there isn't one. But the Vietnamese people, despite being inspired by the Chinese lunar calendar, actually have a Cat in place of the Rabbit. That's right; this year is also the Year of the Cat.

Here's how the Cat's zodiac absence or presence has been explained in each culture:

Why there's no Cat in the Chinese zodiac 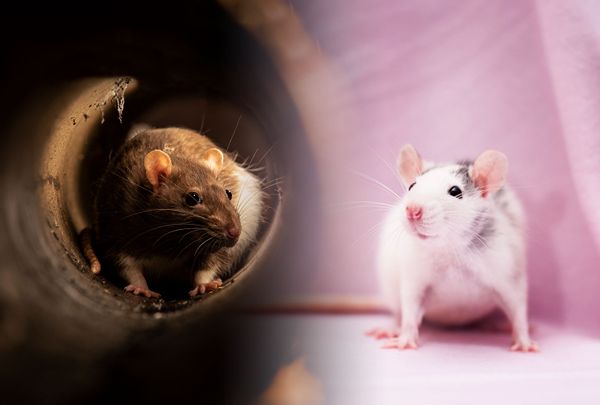 Sewer rat vs Pet rat (Photo illustration by Salon/Getty Images)On the historical side, the absence of the Cat isn't anything personal or related to ailurophobia. Rather, it's thought that the Chinese zodiac was conceived a good thousand or more years before the domesticated cat was introduced to China. Of course, wild cats were familiar, which is why the Tiger is included.

Mythology offers a far cheekier explanation for the Cat's absence. It's the fault of that dirty Rat, of course. According to the Chinese legend, the order of animals in the zodiac cycle was determined by a "Great Race." Some stories say Buddha (and in other popular versions, the Jade Emperor) declared that the first 12 animals to sign up for the race would be eligible to participate, per a post from The Royal Mint. The order they finished in would ultimately determine the order of the lunar calendar.

Another myth tells the story of Cat and Rat's close friendship prior to the "Great Race":

"Cat liked to sleep late so on the morning of registration, Rat had agreed to wake him up. But, when the day came, Rat forgot all about his promise," The Royal Mint wrote. "And without his friend's alarm call Cat overslept, missing his chance to sign up, which is why there's no cat in the lunar calendar."

As for Rat, the cunning rodent quietly left for the race and met the other animals, who were all much stronger and faster than him. The Rat then asked the Ox, who was the "most straightforward and hardworking" of all the animals, for a ride. The Ox agreed under one strict condition — that the Rat sing to him. Amid their journey, the Rat serenaded the Ox. But once they reached the palace, the Rat abandoned the Ox and ran, making him the first animal to reach the emperor.

Legend says that Cat still holds a grudge against his ex-friend, which is why cats continue to chase and hunt rats to this day.

Although there is no Cat in Chinese zodiac, there's still the Tiger. Tiger is ranked third in the cycle — just one spot before the Rabbit. After Rabbit came Dragon, Snake, Horse and then Sheep. Monkey eventually came in ninth place while Rooster, Dog and Pig were the last three to finish.

Why there's a Cat in the Vietnamese zodiac 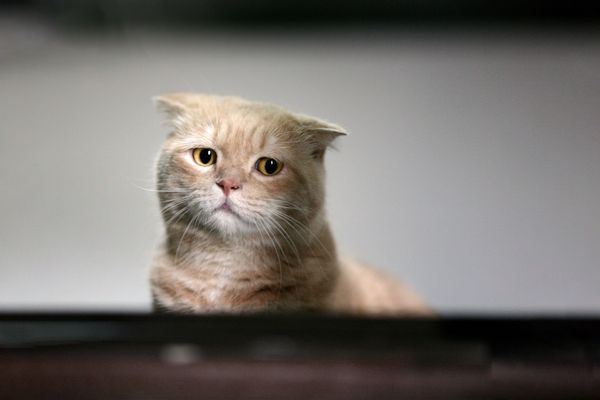 Sad cat (Getty Images/LeoCH Studio)Many believe the Cat's inclusion in the Vietnamese zodiac comes down to etymology. Somewhere in history, the ancient Chinese word for rabbit pronounced "mao" was misinterpreted as "meo" for cat in Vietnamese. Thus began the Year of the Cat as the start of Tết Nguyên Đán (Tết), or Lunar New Year in Vietnam.

Furthermore, a similar story of the "Great Race" also exists in Vietnamese mythology. In this version, the Cat and Rat both made it to the race and were riding across a river on a the Water Buffalo (aka Ox). At the last moment, however, the Rat pushed the Cat into the water, but the Cat persevered and swam all the way across. The Rat still came in first place while the Cat came in fourth.

Another theory suggests that the cat's association with good fortune and prosperity in Vietnamese culture is why the animal continues to be celebrated today. In particular, it's believed that cats played an important role in Vietnam's prized rice fields:

"Rice is a huge part of Vietnam's agriculture, but with the threat of many rats in the fields, the cats (which can hunt them) are a popular animal for the Vietnamese," Nguyen Hieu Tin, an expert on traditional Vietnamese culture, told AFP.

Tin added that "another explanation is that the Vietnamese don't want to observe two years with a similar animal. They see the mouse [rat] and the rabbit as being closely linked."

Despite the differences, both Chinese New Year and Tết involve putting up New Year decorations, spending time with loved ones and enjoying plenty of good food. Since the lunar cycle is celebrated more widely than just these two countries, it's safe to greet those who observe a Happy Lunar New Year or, you know, just Happy New Year.

And one doesn't have to offer a specific Happy Year of the Rabbit or Cat greeting. (Although Vietnamese people understand more people observe the Rabbit's year.) But just as in Western astrology, it is a fun topic of conversation to ask a person their sign, and who else shares their sign. Because of the 12-year cycle differences, this can create bonds across generations and between strangers. But if you happen to be born in one of the years for the Cat, maybe don't trust a Rat when you meet them.