"The rich and powerful don't need any more advocates in Washington," Gallego said as polls show Sinema in trouble 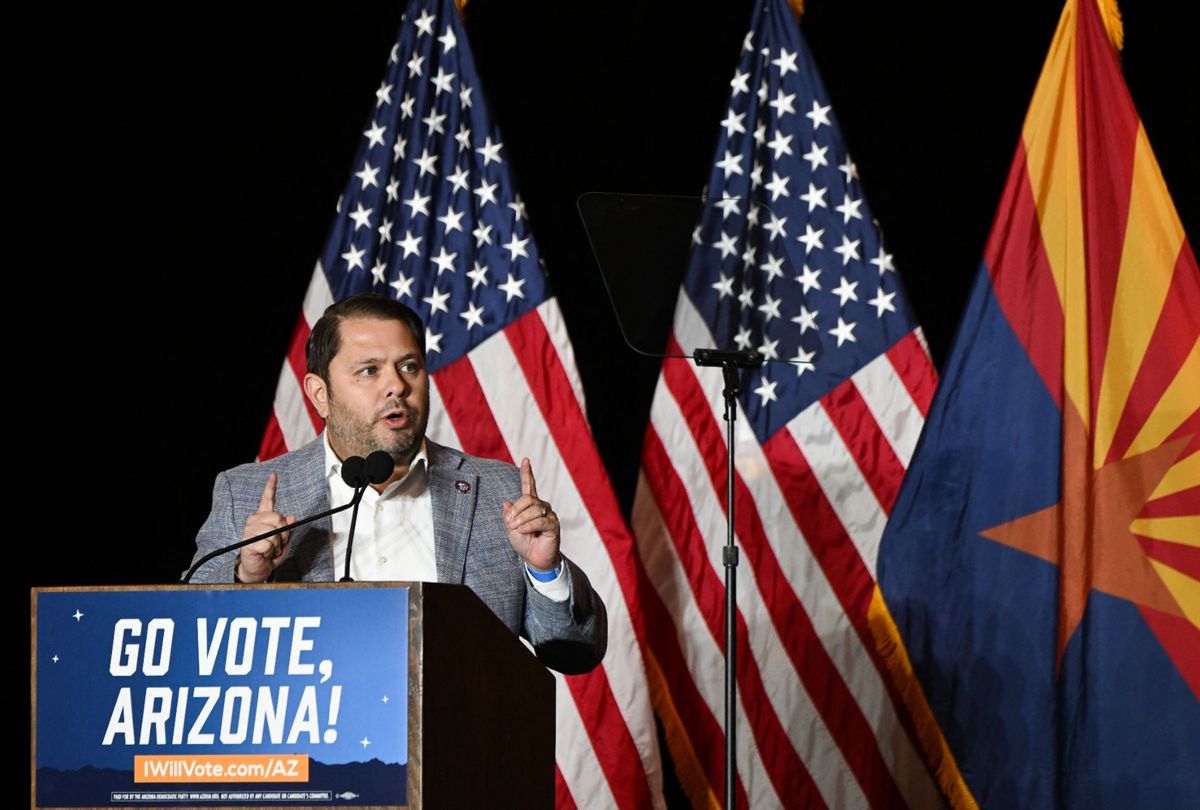 Democratic Rep. Ruben Gallego on Monday formally launched his 2024 campaign to unseat right-wing Sen. Kyrsten Sinema, who officially registered as an Independent in December after months of derailing the Biden administration's policy agenda and preserving tax loopholes for her corporate allies.

"The problem isn't that Senator Sinema abandoned the Democratic Party—it's that she's abandoned Arizona," said Gallego, a member of the Congressional Progressive Caucus who represents Arizona's 3rd District. "She's repeatedly broken her promises, and fought for the interests of Big Pharma and Wall Street at our expense."

"I'm running for the U.S. Senate because the rich and the powerful don't need any more advocates in Washington—but families who can't afford groceries do," Gallego added.

Sinema has not yet publicly said whether she plans to run for reelection in 2024.

If she does, as The Washington Post noted Monday, "Gallego's bid sets up a dilemma for national Democrats, who must choose whether to pour their considerable resources into backing a Democratic nominee for the seat or to support an independent incumbent."

A recent memo by the Democratic Party-aligned firm Public Policy Polling found that Gallego is "considerably more popular" in Arizona than Sinema and "would be a top-tier Senate candidate regardless of what she decides to do in 2024."

Other polling, including a January 2022 survey by Data for Progress, has suggested that Sinema would lose in a landslide if she runs for a second term.