The fight is funny, but the real story is how right-wing pundits make millions appealing to the most pathetic men 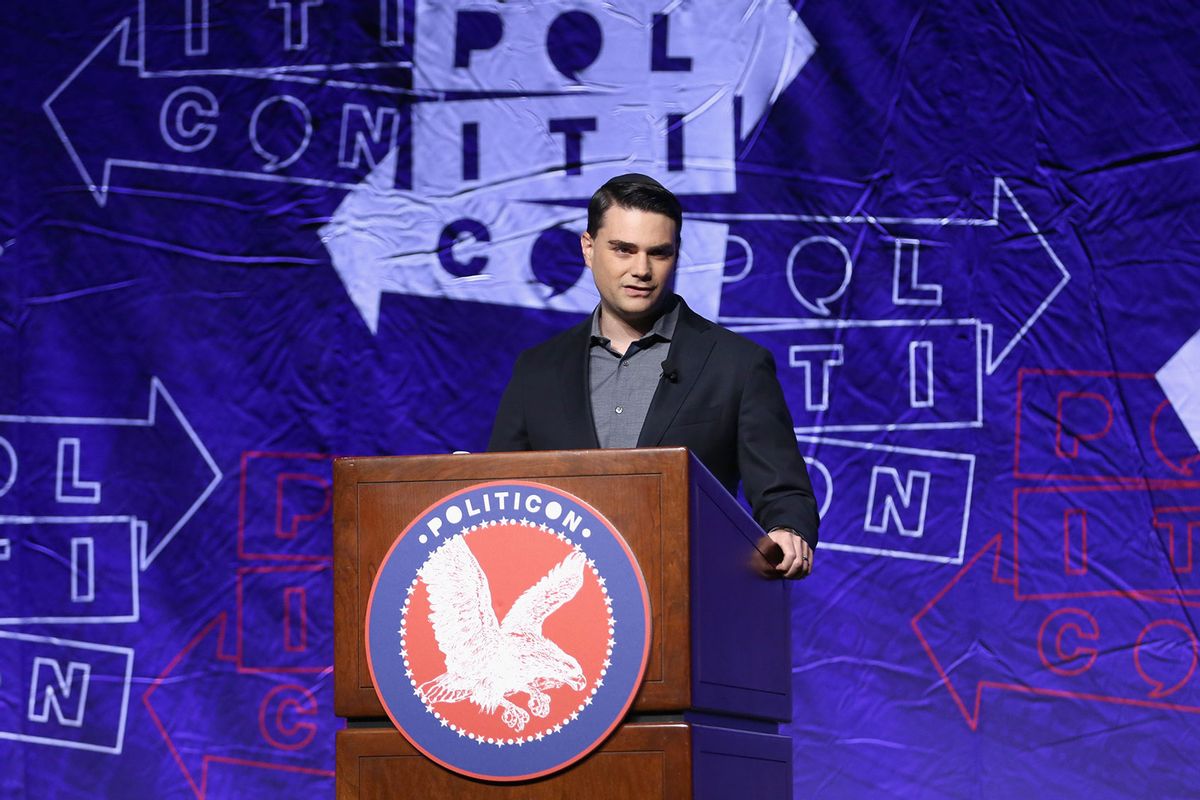 The great Achilles heel of the far-right is that fascists and other stripes of authoritarians are cantankerous people. It often takes very little to get them into ugly fights with each other over stupid stuff. So perhaps it's no surprise that two of the biggest grifters in the right-wing media ecosystem — Ben "Female Sexual Arousal Is A Myth" Shapiro and Steven "Marie Curie Was Fictional" Crowder — are in a very public, very dumb feud right now. As Nikki McCann Ramirez at Rolling Stone explains, Shapiro offered to bring the popular online show "Louder With Crowder" to Shapiro's Daily Wire network. Crowder, however, was offended that the contract "would require him to actually make content and drive revenue for the company." He griped over contract language that reduced his payout "if his show was demonetized, suspended, or removed from any major hosting and video sites," Daily Beast reporter Justin Baragona added, noting that Crowder has a history of "gleefully spewing homophobic, racial, and misogynistic slurs on his program, prompting YouTube to repeatedly pull advertisements and demonetize his content on the platform."

Crowder, for those who are lucky enough to have never heard his name, rose to fame by being especially cringeworthy in the crowded field of professional right-wing trolling. He plays heavily into the stereotype of the loudmouth ignoramus who spouts off in class about how slavery wasn't so bad or corners women at the bar to rave about how their entire sex is insufficiently grateful to men. He is, quite literally, the dude in that "debate me, bro" meme.

The original photo came from a stunt where he set up shop on a campus with a sign that read "male privilege is a myth" in hopes of baiting teenage girls into arguing with him. That sums up Crowder's schtick: He appeals to dudes who are so pathetic that they resort to politicized cat-calling in order to garner female attention.

There's a never-ending supply of deeply insecure men who want to believe toxic masculinity will save them.

Once again, we are looking at what I've deemed the "male insecurity-to-fascism" pipeline, where right-wing grifters appeal to men by suggesting the cure for self-doubt is turning yourself into a massive asshole. Once recruited into the toxic masculinity cult, of course, their audiences are directed toward far-right politics. Becoming a fully formed fascist is the final stage in the life cycle of a right-wing troll.

The fight between Shapiro and Crowder is very funny, of course, making any "Real Housewives" slap fight look like the battle of Algiers by comparison. At stake appears to be a standard issue far-right dispute, which can be summed up as, "Should we use racial slurs or just imply them?" Shapiro is Team Imply, correctly understanding that helps one evade the social media censors, allowing fascistic content a further reach. Crowder, however, feels that kind of restriction is harshing his vibe. His principled commitment to sucking cannot be bought for a mere $50 million.

No, you did not read that number wrong. Shapiro really did offer Crowder a cool $50 million to bring his "get girls attention by telling them to make you a sandwich" act to the Daily Wire. Clearly, the world of exploiting deeply insecure men is quite a lucrative grift! And to think of how many men have never charged a penny for a "must be shark week" retort when a woman takes issue over a stranger pinching her butt.

That number was so big that even I took pause — and I never underestimate how much cash you can squeeze out of dipshits who just want to blame their personal failures on feminism. Take, for instance, Jordan Peterson, who has overcome a creepy personal visage and voice that sounds like a Muppet, simply with incoherent ramblings about how feminism supposedly suppresses the virility of modern men. Or the recently jailed accused rapist Andrew Tate, who racked up billions of views on TikTok for videos peddling tired tropes about how women who have opinions should be met with beatings. Or Shapiro himself, whose self-confident declaration that a lubricating vagina is diseased is hilariously false, but has a certain appeal to those bitter over their lack of personal experience with sexually aroused women.

As that last example shows, there's one important thing to understand about these masculinity grifters: Their "advice" makes the problems bedeviling their audiences worse. So much of what drives men to listen to the Crowders, Petersons, and Tates of the world is their romantic, social, and professional frustrations and disappointments. But the model of behavior they're given — to act like pompous, overbearing, or even violent jerks — is a fast track to even more rejection on the dating market, in the workplace, and even when trying to find friends.

The cynical and likely accurate view is that is very much by design.

Right-wing grifters don't want their audiences to experience personal growth and improved lives. If their followers actually found love, meaningful employment, and supportive friends, then they wouldn't have holes in their hearts they tried to fill with Daily Wire content. Like any cult, the toxic masculinity racket requires keeping its people in a perpetual state of insecurity and therefore emotionally dependent on their leaders. Journalist Andy Campbell pointed this out to me when discussing his book about the Proud Boys. The group, Campbell explained, draws men in by promising to teach them how to attract women, but in reality, once they're in, the group actively prevents them from forming meaningful attachments to women.

Clearly, male insecurity is quite a natural resource. If only it could be mined for real energy to power cars and electric lights. Alas, the only thing it's good for is lining the pockets of con artists and creating political momentum for fascist movements. Crowder and Shapiro may very well end up working together, as there's a strong whiff of wrestling ring fakery to their public beefing. Or maybe they'll go their separate ways. Either way, both are set up to make an unbelievable amount of money because there's a never-ending supply of deeply insecure men who want to believe toxic masculinity will save them.