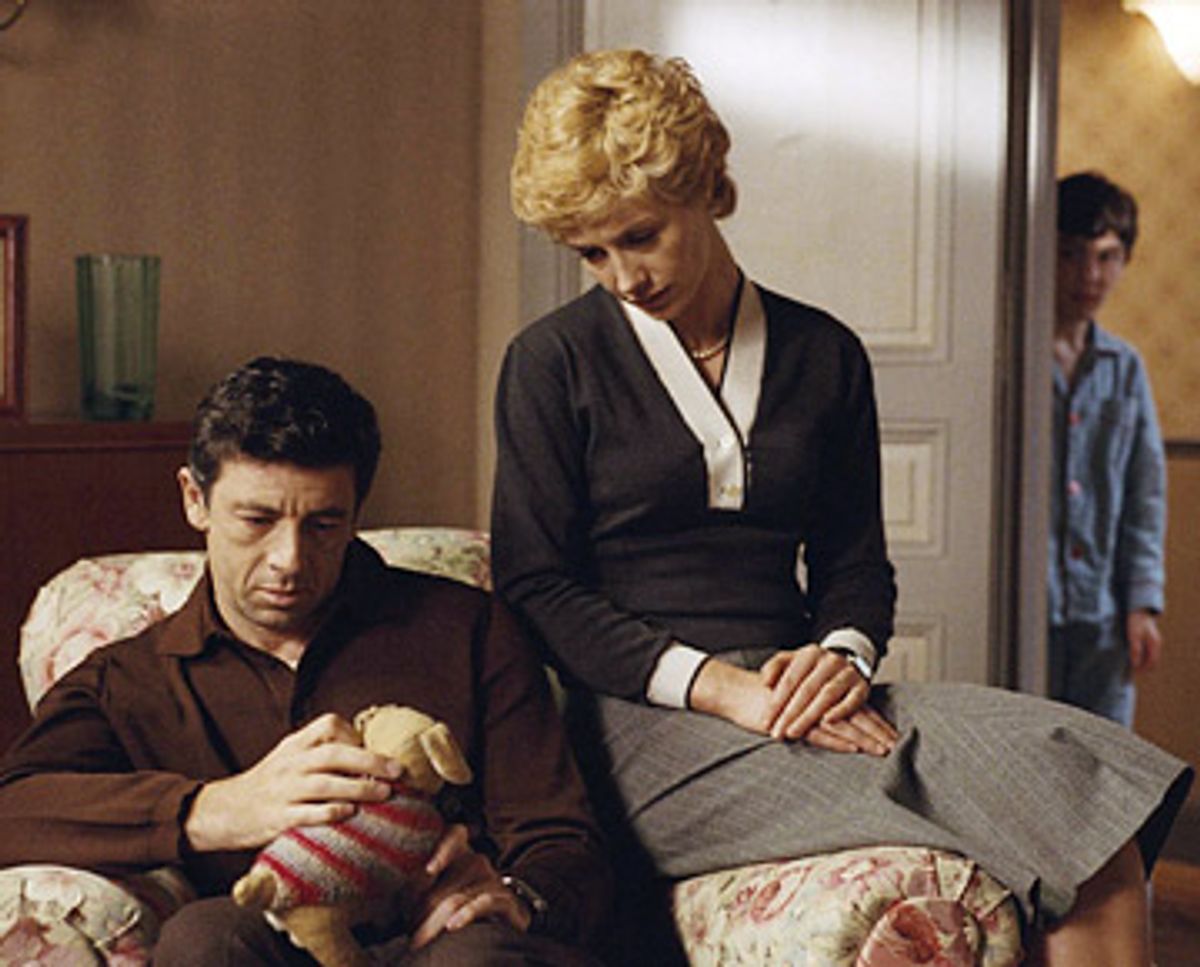 A clanking, old-fashioned period drama infused with almost unbearable grief, Claude Miller's film "A Secret" has an enormous significance in France that it can never possess elsewhere. Loaded with stars, costumes, props and beautiful locations, "A Secret" can't be called nostalgic, since it expends all that energy evoking an era that's still difficult to face. More than 60 years have passed since the end of Nazi occupation, but now that almost all the protagonists and antagonists have been swept off the stage, a younger French generation is coming to grips with the national shame of the 1940s.

Miller, a French cinema veteran (best known in America for "The Little Thief" in 1988) who was himself born in Nazi-occupied Paris, here adapts the best-selling novel by Philippe Grimbert, based on the extraordinary wartime history of Grimbert's own family. His surname is a venerable one, with roots in the French medieval aristocracy, as one character in the film observes. It's also a fake. Grimbert's grandparents were actually named Grinberg; it was his father, fictionalized in the novel and film as athletic, masculine Maxime (Patrick Bruel), who changed the name -- and had his son baptized -- in an ambiguous effort to erase the past.

Many European Jews attempted to pass as Christians in the 1930s and '40s, of course, and one can only applaud those fortunate few who stayed alive by pulling it off. But the mystery posed at the beginning of "A Secret" is why Maxime and his ex-swimmer, ex-model wife Tania (fast-rising Franco-Belgian star Cécile De France) are trying to assimilate as French Catholics in the postwar years, with anti-Semitism banished from public discourse and a minor renaissance of French Jewish life under way. When teenage François Grimbert (Quentin Dubuis), a bookish lad who constantly disappoints his father, flirts with a Jewish girl at the swimming pool, his parents exchange a peculiar glance: Will this budding romance expose their secret?

What secret? Of course I'm not going to tell you, don't worry. Miller exposes it in pieces, hopscotching back and forth in time from the mid-1980s, when adult François (the great Mathieu Amalric, consigned to a modest narrator role) finally confronts Maxime about the past, back to François' '50s childhood and then to the family's gradually revealed prehistory, 10 to 20 years earlier. Despite the cut-up chronology, there's nothing unconventional about Miller's storytelling, which relies heavily on Amalric's voice-over narration, expositional family conversations about the fate of the Jews and strategically placed newspaper headlines. Hitler and Mussolini meet in Venice! War begins in Poland!

From a family confidante (Julie Depardieu) with secrets of her own, François learns that his romantic fantasies about how Maxime and Tania met, and how they evaded the Holocaust, are completely wrong -- and furthermore that everyone in their circle of family and friends knows the truth except him. Here's the only clue I'll offer, which is revealed early in the film: Maxime indeed fell in love with Tania the day they met. But she was already married, and they met because Maxime was marrying Hannah (Ludivine Sagnier, displaying her range in a shrinking-violet role), her husband's sister.

That's only the first piece of a complicated puzzle, I swear. Amid all this international and domestic melodrama -- after the Germans arrive, Tania wears her yellow Star of David badge in the streets, as required, but takes it off while modeling for Molyneux -- Miller gradually builds toward a wrenching "Sophie's Choice"-style climax, an event so awful and incredible that it has to be true. Maxime and Tania were of course the victims and not the perpetrators of French anti-Semitism and widespread French collaboration with the Nazis. But their postwar life together is haunted by much the same kind of guilt and shame, the same urgent desire to forget, that has shaped French society for much of the last six decades. Is it time to move on? Sure it is; France, Europe and the world are immeasurably different places today. But as citizens of a nation that keeps refighting the Civil War at least once per generation ought to know, the past never stops mattering.

"A Secret" is now playing at the IFC Center and Paris Theatre in New York and opens Sept. 12 at the Royal Theatre in Los Angeles, with national release to follow.