A Holocaust movie unlike any other 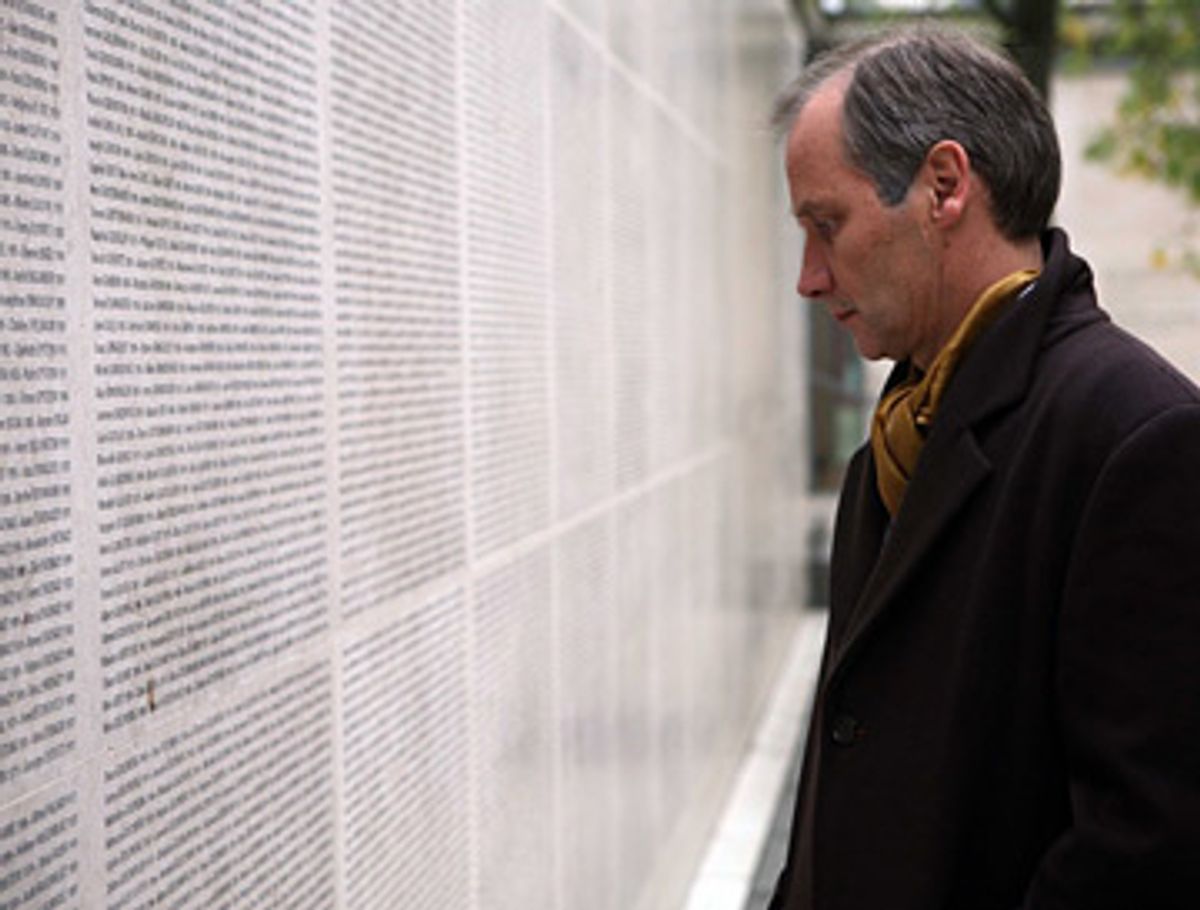 Let me describe the first two scenes, and in fact the first two shots, of Israeli director Amos Gitai's new film "One Day You'll Understand." They should be shown to aspiring filmmakers, under the heading of "this is how much you have to learn." In the first shot, a 40ish man in a suit (it's the French actor Hippolyte Girardot) crosses a busy street in Paris and approaches some kind of large horizontal stone monument, evidently rather new. He appears to be looking for a particular name or names on the monument, but there is no dialogue or explanation.

In the next sequence, again filmed (as far as I can see) in a single shot, we see an older woman puttering about her apartment. (It's Jeanne Moreau, arguably the greatest of all French actresses.) She's cooking but grows distracted and looks out the window. Returning to the stove, she finds she has burned a pot of beans, scalds her hand on the pot and mutters about it. She has the radio on, and it's broadcasting early testimony in the trial of Klaus Barbie, the former Gestapo officer who was convicted of war crimes in a 1987 trial in Lyon. Although she shows no reaction, she is clearly listening.

It's a remarkable introduction to a remarkable film. Without a single word of dialogue, Gitai has already told us a good deal about the story and its setting, placing a web of inferences and associations throughout these disconnected and apparently ambiguous scenes. If it's 1987, Moreau's character is the right age to have experienced the Nazi occupation of France, and perhaps the events for which Barbie is being tried. (He was personally responsible for the deaths of at least 4,000 people, both those he ordered executed in France and those he sent to the camps.) Girardot's character is clearly too young for that, but the monument he's inspecting looks very much like a Shoah memorial. We understand right away that there's some personal connection between these people, and also a connection between them and the Holocaust.

In fact, the connection is already almost obvious: Victor (Girardot) is trying to find out as much as he can about his Jewish grandparents, who died in the Holocaust. His mother, Rivka (Moreau), who married a Catholic before the war and had both Victor and his sister Tania (Dominique Blanc) baptized, has almost never spoken about them. This is indeed another film about the unsealing of a European family's half-buried secrets, and its plot bears some superficial similarities to that of Claude Miller's recent French hit "A Secret." But it's a very different kind of movie. With his ultra-long takes, naturalistic scenes of ordinary life, and rigorous, almost architectural approach to filmmaking (as every critic is bound to observe, he holds an architecture Ph.D. from the University of California), Gitai is not a director likely to produce a conventional melodrama.

I don't think "One Day You'll Understand" is by any stretch Gitai's best work -- if you haven't seen his Israeli masterpieces "Kadosh" and "Kippur," start there -- but no living filmmaker has his extraordinary formal command of the medium, and he produces half a dozen scenes here that are among the best I've seen in any motion picture all year. In Moreau, Girardot, Blanc and Emmanuelle Devos (as Victor's wife), it has four of the finest actors in recent French history, and the intimate, indirect portrait they create of a loving family constrained by silence is magnificent. Victor may judge his parents harshly for their wartime decisions, but Gitai never does. As always, he allows his characters a kind of dignified mystery, and that makes the scene when Rivka finally tells her grandchildren the truth, while taking them to synagogue for the first time, even more devastating. We understand how necessary it is to her, and how painful, and we don't feel that the filmmaker has bludgeoned her into a confession.

The film's French title, "Plus tard," just means "Later," and that more restrained, potentially ironic term fits the story much better. There's plenty of powerful emotion in this film, as Victor gradually unearths tangible evidence of his grandparents' lives and deaths, but Gitai tries to walk a knife edge here, between the reality of immense tragedy and the sentimental bathos Holocaust dramas sometimes indulge in. Time certainly doesn't heal all old wounds, in Gitai's reading of history, but it makes them easier to bear, and renders the decisions of the survivors more comprehensible. I almost wish "One Day You'll Understand" were entirely about Victor's family in the film's present tense; when Gitai has to go back in time and re-create wartime events that we've seen so many times in so many other films, you can feel him losing focus just a little.

Gitai made his reputation in Israel as a divisive figure who viewed many of that nation's defining moments, from the War of Independence to the Yom Kippur War (in which he was a soldier), through a detached and skeptical lens. Of course he doesn't see the Holocaust as the same kind of ambiguous event, subject to multiple interpretations, and he's also working from an autobiography by a living author (Jérôme Cléments, whose family history is essentially Victor's). Nonetheless, this mesmerizing, flawed, almost Proustian meditation has more to do with the present than the past; more to do with how we can keep on living and loving each other, knowing the things we know, than about who was courageous and who was cowardly in the 1940s.

"One Day You'll Understand" is now playing at the Beekman Theatre, Lincoln Plaza Cinemas and Quad Cinema in New York, with wider release to follow.