The "ticking bomb" scenario only happens on TV. Those, like Dick Cheney, who cite it are leading society down a fatal slippery slope of abuse. 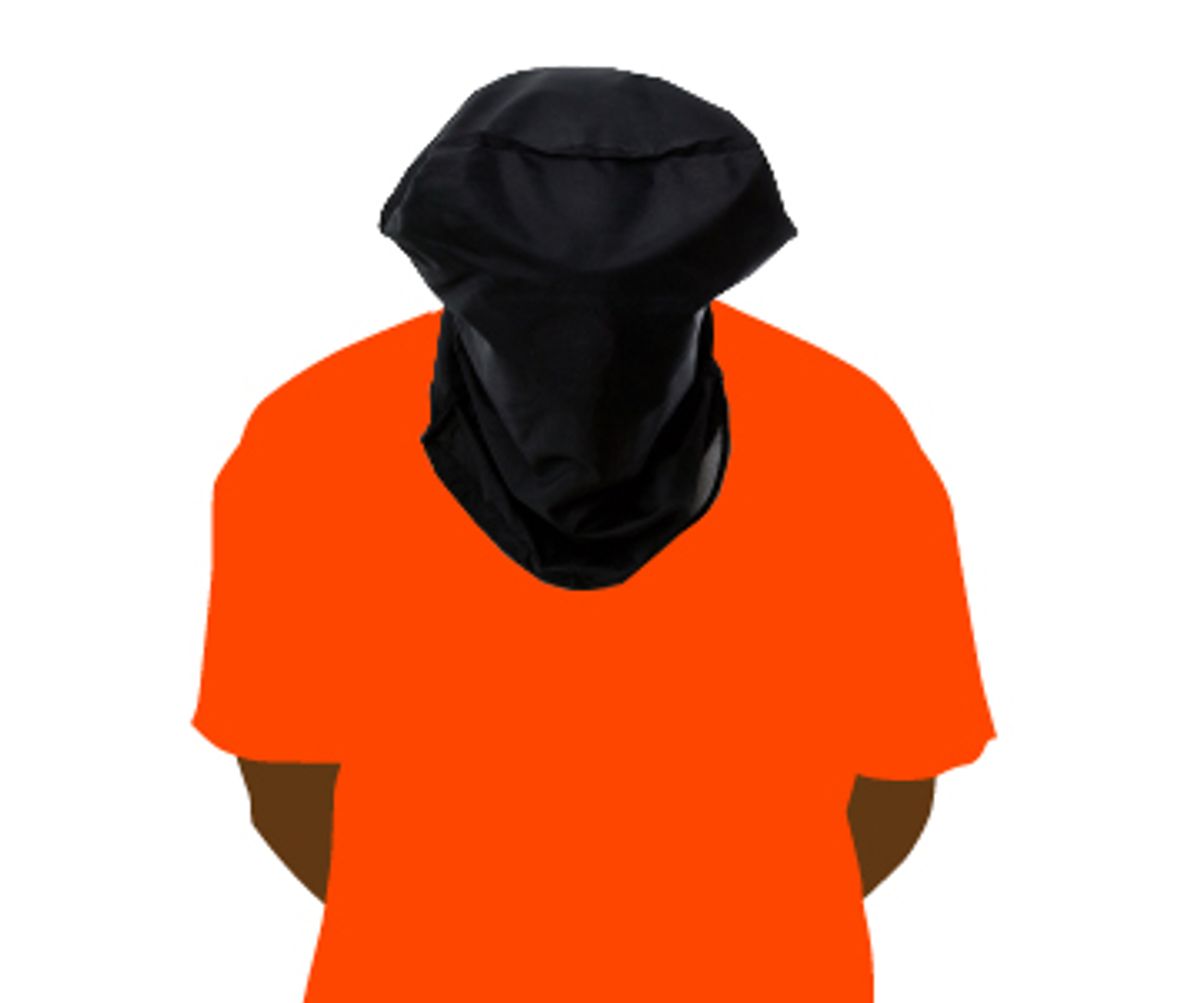 We know and have known for years that since 9/11 we have been a nation of torturers. We have also known, in large part, what those tortures consisted of -- waterboarding, slapping, sleep deprivation, the withholding of pain medication. With the Obama administration's release of the four "torture memos," we have learned about other disgusting practices, such as slamming prisoners into walls and locking them in boxes with insects, and gained further insight into the nauseating legal arguments used by Bush administration lawyers to justify the unjustifiable.

Torture is wrong. It is condemned by every civilized nation and by international law. There is, however, one situation in which torture might theoretically be morally justified. This is the so-called "ticking bomb" scenario, which in one form or another has been debated by philosophers and ethicists for hundreds of years. Suppose we know that a captive has planted a bomb in a school, which is due to explode in a few hours. The captive refuses to say in what school he planted the bomb. Are we justified in torturing one depraved individual to save the lives of hundreds of innocent children?

In their response, philosophers divide into two camps. The Kantians, those who believe that human beings have a categorical imperative to treat other humans as ends, not as means, say we are never justified in torturing, no matter how legitimate the goal. The Benthamites or utilitarians say that we are justified, because in this case torture is the lesser of two evils.

Defenders of the Bush administration's use of torture, most notably former Vice President Dick Cheney, would like to pose as high-minded Benthamites. Calling for the release of additional classified memos, Cheney said, "There are reports that show specifically what we gained as a result of this activity." Obama's intelligence director, Dennis Blair, echoed this argument in a memo, writing, "High-value information came from interrogations in which those methods were used and provided a deeper understanding of the Al Qaeda organization that was attacking this country." Former Bush intelligence chief Michael Hayden said, "The use of these techniques against these terrorists really did make us safer, it really did work."

The argument that torture works cannot simply be dismissed. During World War II, for example, the Gestapo used torture with considerable effectiveness on captured agents working for Britain's Special Operations Executive, the top-secret organization dedicated to sabotage and subversion behind Axis lines. A number of agents, unable to withstand the pain or, in some cases, even the prospect of pain, told their captors everything they knew, including the identity of other agents, the arrival time of flights, and the location of safe houses. During France's brutal war in Algeria, the colonial power used torture effectively. As historian Alistair Horne, the author of the classic analysis of the French-Algerian war, "A Savage War of Peace," told me in a 2007 interview, "In Algeria, the French used torture -- as opposed to abuse -- very effectively as an instrument of war. They had some success with it; they did undoubtedly get some intelligence from the use of torture." That intelligence included information about future terrorist strikes and the infrastructure of terror networks in Algiers.

So the easy argument against torture, that it is ineffective, is wrong. Torture can work. Nor can one simply dismiss the philosophical "ticking bomb" debate. Even ethicists bitterly opposed to torture acknowledge that if that hypothetical situation -- endlessly depicted in Fox's TV show "24" -- actually existed, there would be a compelling moral and philosophical argument for torture in that instance.

But in the real world, the "ticking bomb" situation never arises. It is never the case that we know we can automatically avert mass slaughter by torturing someone. Reality is not that neat. Guilt and knowledge are not established in advance. Those whom we torture may or may not be planning nefarious deeds. As the British political scientist Henry Shue pointed out in his classic 1978 essay "Torture," "Notice how unlike the circumstances of an actual choice about torture the philosopher's example is. The proposed victim of our torture is not someone we suspect of planting the device: he is the perpetrator. He is not some pitiful psychotic making one last play for attention: He did plant the device. The wiring is not backwards, the mechanism is not jammed: the device will destroy the city if not deactivated." Shue concludes that "The distance between the situations which must be concocted in order to have a plausible case of morally permissible torture and the situations which actually occur is, if anything, further reason why the existing prohibitions against torture should remain and should be strengthened by making torture an international crime."

As Shue suggests, the "ticking bomb" situation should be left in the classroom, for ethicists and philosophers to ponder. It has nothing to do with the real world. And those who invoke it are leading society down a fatal slippery slope, which ends with the wholesale justification of torture. Their arguments, which appeal to and are based in fear and anger, not considered analysis, would return us to the Middle Ages.

In a recent Op-Ed in the Wall Street Journal, Hayden and former Bush Attorney General Michael Mukasey asserted that Abu Zubaydah was "coerced into disclosing information that led to the capture of Ramzi bin al Shibh, another of the planners of Sept. 11, who in turn disclosed information which -- when combined with what was learned from Abu Zubaydah -- helped lead to the capture of KSM [9/11 mastermind Khalid Sheikh Mohammad] and other senior terrorists, and the disruption of follow-up plots aimed at both Europe and the U.S." According to the Washington Post, Hayden and Mukasey's account is false: Zubaydah gave most of his useful information before being waterboarded, and the CIA was unable to provide any examples of specific leads acquired by the use of torture.

But let us, for the sake of argument, assume that Hayden and Mukasey are correct, and that torturing Zubaydah led him to give information that resulted in the arrest of KSM and other terrorists. That still would not constitute a "ticking bomb" situation. No one can say whether those captured would have carried out other terrorist attacks. There are too many unknown factors. Dick Cheney recently argued that classified documents will show that the use of torture stopped "a great many" terrorist attacks. But unless those documents reveal a "24"-like situation in which the use of torture somehow actually stops an imminent attack from taking place, a situation that has never come up in the real world, his statement is false. Breaking up terror networks is not the same thing as "stopping" terrorist attacks.

Torture is not morally justifiable. In addition, it has severe negative consequences. Once a nation embraces torture, it forfeits any claim to a moral high ground. It becomes no better than those it is fighting. It may win a battle, but it will lose the war. As America struggles to win hearts and minds in the Arab/Muslim world, the use of torture is more harmful in the long run than any "high-value" intelligence gained by its use. And U.S. torture not only builds hatred in the Muslim world, it turns our allies against us -- and erodes us from within. As historian Horne pointed out, "When the news came out in France of what the army was doing, it caused such a revulsion that it led directly to the French capitulation. And not only revulsion in France, but revulsion here. JFK, as a senator, took up the Algerian cause quite strongly partly because of the human rights issue." Horne's conclusion: "I feel myself absolutely clear in my own mind that you do not, whatever the excuse, use torture, let alone abuse."

The Chilean writer and human rights activist Ariel Dorfman wrote, "Torture is, of course, a crime committed against a body. It is also a crime committed against the imagination. Or rather, it presupposes, it requires, it craves the abrogation of our capacity to imagine others' suffering, dehumanizing them so much that their pain is not our pain." Torture shatters the lives of those subjected to it, Dorfman writes. It corrupts not only the torturer, but all of society. "Torture obliges us to be deaf and blind and mute."

Led astray by leaders who played on their fear and anger, Americans have been deaf and blind and mute for too long. It is past time for our country to say an absolute no. No torture today, no torture tomorrow, no torture ever.