Some people spend their holidays more relieved than relaxed 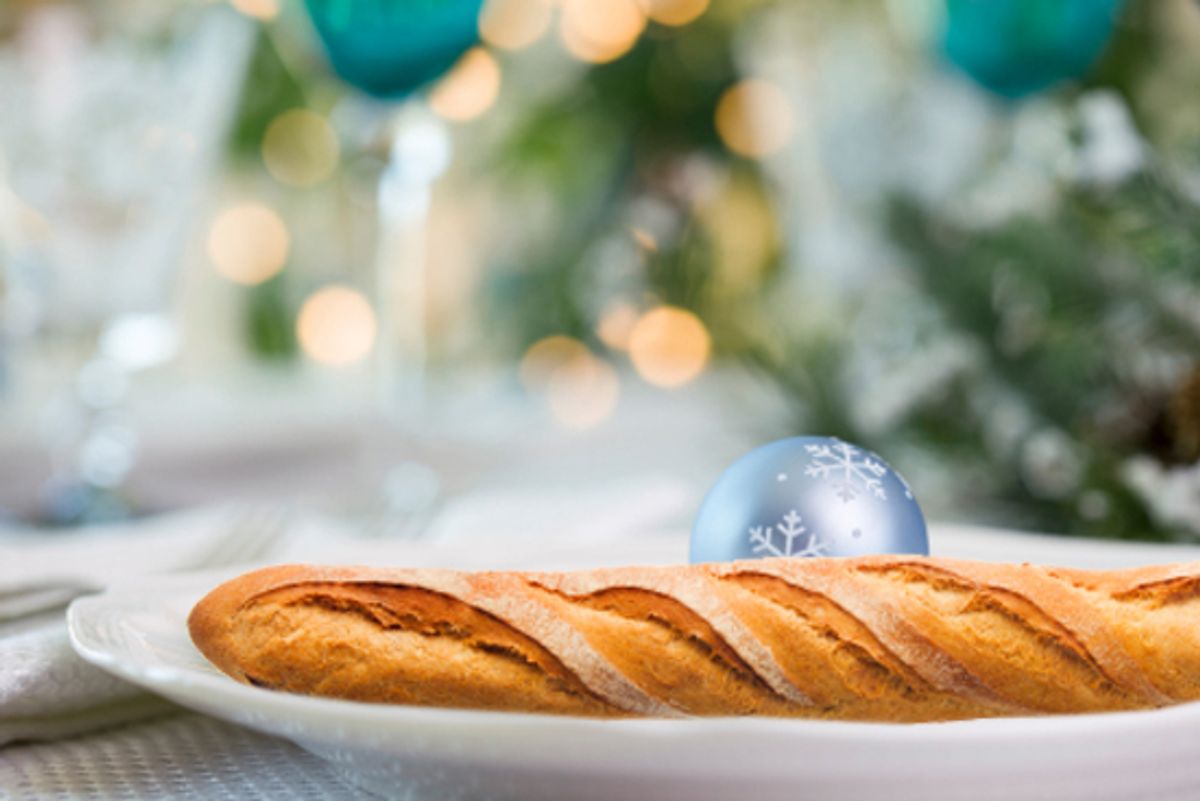 We asked members of our Kitchen Cabinet to briefly share some of their holiday memories with us, and we're sharing them with you all this week. Today, two chefs spend the holidays pretty much alone, and that's alright by them.

It was a turning point in some way, 15 years ago, when I separated the holidays of youth with the ones I experience now. It was my first Christmas season as a young cook, deep, as we call it, in the shit.

There are busy days in the hospitality industry that are like hard sprints, Valentine's Day or Mother's Day, but the weeks that fall between Thanksgiving and New Year's Eve comprise one long, grueling marathon. As waiters and cooks we subconsciously plan for the "season" all year long, but it's always still a little shocking when it hits.

I was a baker at a small outfit in the outlying suburbs of Detroit. We were producing around the clock for over two weeks. By Christmas Eve, it was all flying out of the shop as fast as we could fill the cases. I was feeling that deep, to-the-bone kind of tired, surviving only on what little adrenaline I could summon until we finally locked the doors at 4 p.m.

I managed to grab one of the last unsold baguettes and left, exhausted and hungry. On the long drive back to my rented flat in the city, I began to realize that most of the markets had closed as well. I got home, finding just enough to scrape together a simple pasta. Along with the bread I had made with my own hands, it was a solitary dinner, a quiet reward for a lot of hard work. It was an early lesson, though, on just how good food could taste in context; it satisfied a deeper hunger. And then I slept, well into the next day.

I never do Chanukah dinner, and the fact is that I've been a working chef for the past 11 years. Usually, on Christmas and New Year's Eve, I'm working. The restaurants where I used to cook were always dead on those days because they never did special menus for the holidays. Trust me, nothing is more demoralizing than working Christmas Eve and doing five covers.

But when I do get to leave after Christmas Eve, I see my family and they cook for me since I'm not about to lift a finger, and I'm always back in town to work on New Year's.

So basically my holiday story consists of sitting in airports for three or four days, eating food other people make, eating airport food, and then going back to work. Sorry it's not more exciting, but at least I get to sleep.

Amanda Cohen is a chef and consultant, who opened the award-winning New York restaurant, Dirt Candy