This is why we're fat: Won't anybody order the salad? 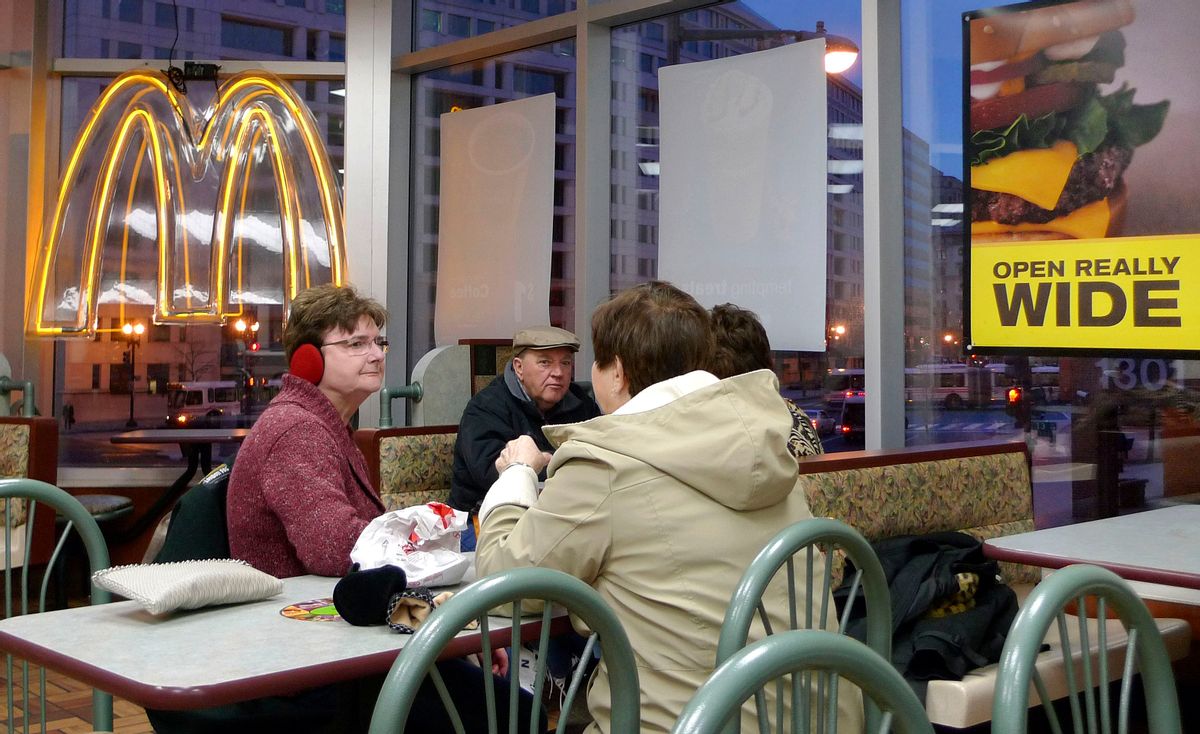 Last Friday, the Wall Street Journal heralded yet another introduction of healthy, low-calorie menu options at chains like Applebee's and Starbucks. But "healthier" fast-food items are nothing new. Chain restaurants have been spinning out grilled chicken salads and yogurt parfaits ever since everyone caught on to the fact that their food made people fat. McDonald's added salads to its menu in 1987, three years before it opened its first restaurant behind the Iron Curtain. But if they keep rolling these items out seemingly year after year like they're the next big thing, they really never seem to be the current big thing. Does anyone order these things? And if not, why do they keep getting introduced?

The WSJ article suggests that the new wave of low-calorie menu items stems from possible federal legislation requiring chains to post calorie counts on their menus. The science is still out on the effectiveness of menu calorie counts -- a Stanford University study showed that the posting of nutritional information reduced overall calorie consumption at Starbucks, but another study, by the New York University School of Medicine, found that the calorie information had virtually no effect on what people ordered in low-income areas, which are areas particularly high in rates of obesity.

So what's really behind this new push for healthier menu items? To find out, Salon spoke over the phone to Bob Goldin, executive vice president at Technomic Inc., a restaurant research and consulting firm, about the effectiveness of calorie counts, how to sell light food during a recession, and why Americans just won't eat healthier meals.

Fast-food restaurants have been offering low-calorie options for decades. Is anyone buying them?

Anyone? Yes. Not many people, that's the problem. I think it's safe to say they haven’t met with a resounding level of success. They haven’t proven to be big winners.

So why do these low-calorie options keep being rolled out?

It gives them something to talk about. It gives them an opportunity to try to stay ahead of the trend, to do something new. There is a need for good-tasting, better-for-you food. The problem is that consumers by and large haven’t manifested a desire to buy these things.

So these chains aren’t making any money off of them?

No. There's a lot of cost to develop and introduce these items. They're doing it to broaden their appeal, to cancel out veto votes [when one person resists eating at a restaurant that doesn't offer healthy menu items]. It gives them something to talk about. There are a lot of reasons to do it.

Do you think legitimate concerns about their consumers’ health factors into the restaurants’ decision-making?

The job of the restaurant industry is to give consumers what they want. Are they concerned? I think they find it very difficult to balance what people say they want and what they really buy.

Do you think calorie labels will encourage people to make healthier choices?

No -- maybe marginally. I think there's a huge shock value. We've been labeling packaged foods for 20 years, and that certainly doesn't seem to affect what people eat.

Does the recession make it harder to sell healthier food?

We're looking for a magic solution. I'm very much in favor of labeling. It serves an important purpose, which is to inform. Unfortunately, consumers continue to make very bad choices even when they're informed.