Sestak just ahead of Specter in final poll 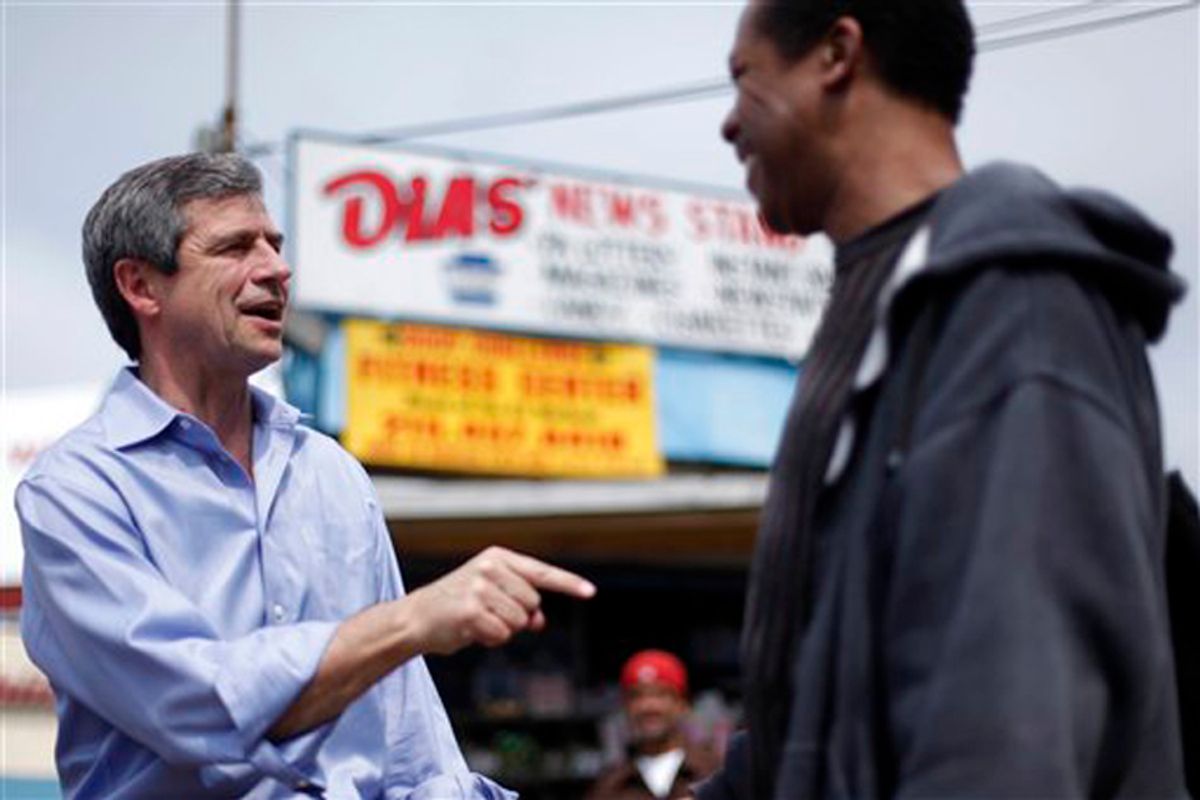 Rep. Joe Sestak, D-Pa., a candidate in the Senate Democratic primary race, is seen during a campaign stop near the Olney Transportation Center in Philadelphia, Friday, May 14, 2010. Sestak is in a close race in Tuesday's Democratic primary with Sen. Arlen Specter. (AP Photo/Matt Rourke) (Matt Rourke)
--

What those undecided voters do could make the difference on Tuesday. But it's not entirely clear who they are or whether they'll vote. Both campaigns are hoping for turnout that matches their needs on Election Day. For Specter, that means a lot of votes in Philadelphia, especially in black neighborhoods that helped boost President Obama to a 10-point win over John McCain two years ago. For Sestak, that means a lower turnout, with fewer of the 2008 "surge" voters showing up; Sestak isn't that well known among infrequent voters, and most political operatives here think a good showing by casual voters would help Specter out.

From talking to people involved in the race and in Pennsylvania politics, the likeliest bet seems to be that anyone who's still undecided may not bother voting in the race at all. (Sestak's camp, of course, thinks the undecideds will break for their guy; if you still haven't made your mind up for Specter now, what would make you go his way in the end?) Which means the winner may be determined by who does the best job of dragging out their supporters to the polls. By most conventional measures, that would be Specter, who's backed by organized labor, the Democratic Party establishment (including the Philadelphia party machine) and just about every elected official from Mayor Michael Nutter all the way up to Obama.

Then again, incumbents don't usually win races where their support is stuck in the low-to-mid 40s. Maybe the safest prediction would be, to borrow a line from Specter, not proven?