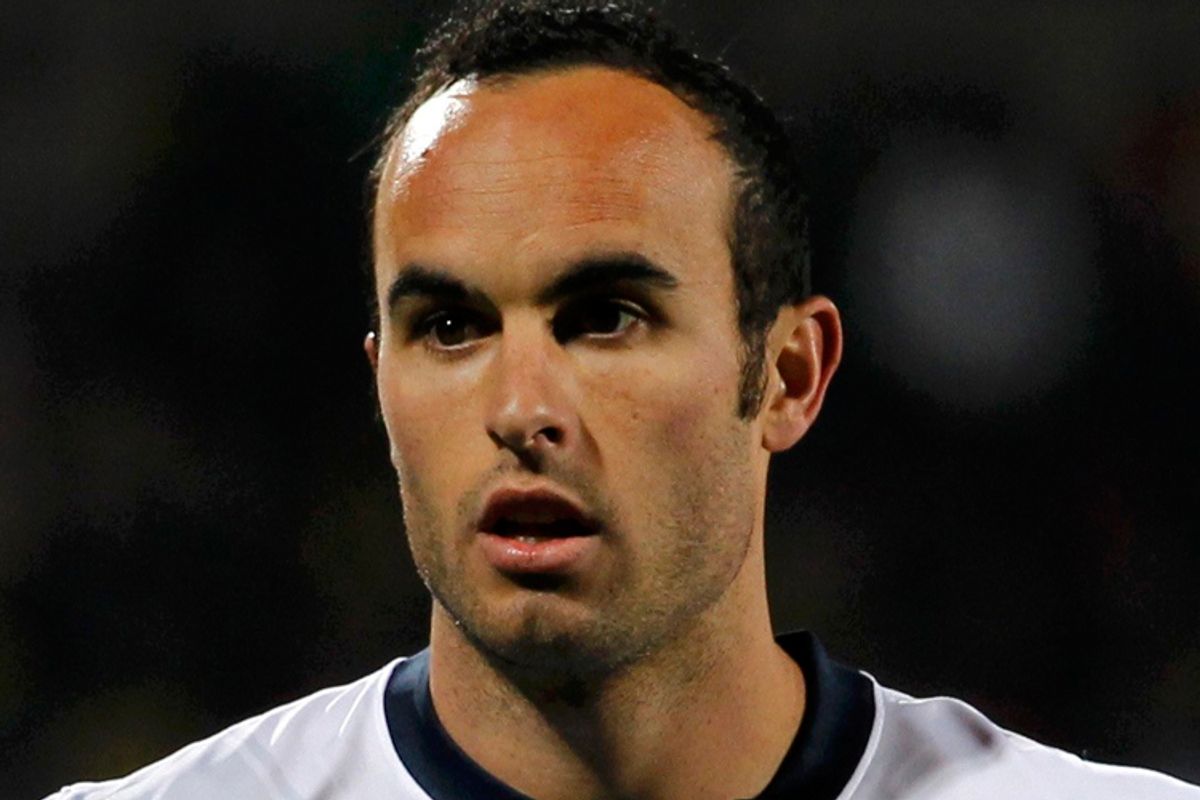 Landon Donovan, the powerhouse footballer who briefly made America give a damn about soccer, allegedly has a dark secret growing in his closet. As the UK Daily Mail, Us, the Daily News and several other news outlets were eager to report Monday morning, he may have a secret imminent "love child" with a woman other than his estranged wife.

Well, far out and groovy, man.

How can we communicate the implied tawdriness of a relationship in one little word? Just slap a well-placed "love" in there. At least Donovan and the alleged fruit of his unsanctified loins have plenty of company -- other celebs whose babies have recently been referred to as "love children" include Bristol Palin, John Edwards, Mel Gibson and Beyoncé's dad.

Sure, as far as words describing the offspring of an unmarried man and woman go,  "love child" (which dates back to the 19th century) has a kinder ring than "bastard." But it also bears the stale scent of bohemian antiquity. It's a phrase that at best conjures up the product of Greenwich Village free thinkers and cheap Chianti, and at worst an individual forced to grow up, per the Supremes, "afraid, ashamed, misunderstood."

And that's the problem with the term. It isn't just about the parents – it implies that there's something second-rate about the kids. Considering that roughly 40 percent of babies born in this country are coming into the world out of wedlock now, that's a whole mess of love children. And the weird thing about them: They look just like regular people. You can't even tell that they were conceived without benefit of a legally binding contract!

We may find a certain semantic comfort in the vocabulary that marriage bestows – the way simple terms like wife or widow or divorcee roll off the tongue with an ease that "person who is or was in a serious relationship," or, more damningly, "mistress"  don't. But while 21st century trysts are often, as the kids on Facebook say, complicated, the results of them are pretty damn straightforward. And if you're the headline writer for a news outlet, I promise that it's really just as easy to say "child" as it is to say "love child."