Can anything cure the trauma of my mugging?

A violent crime left me weepy and anxious, so I tried EMDR, a controversial new therapy. To my surprise, it worked 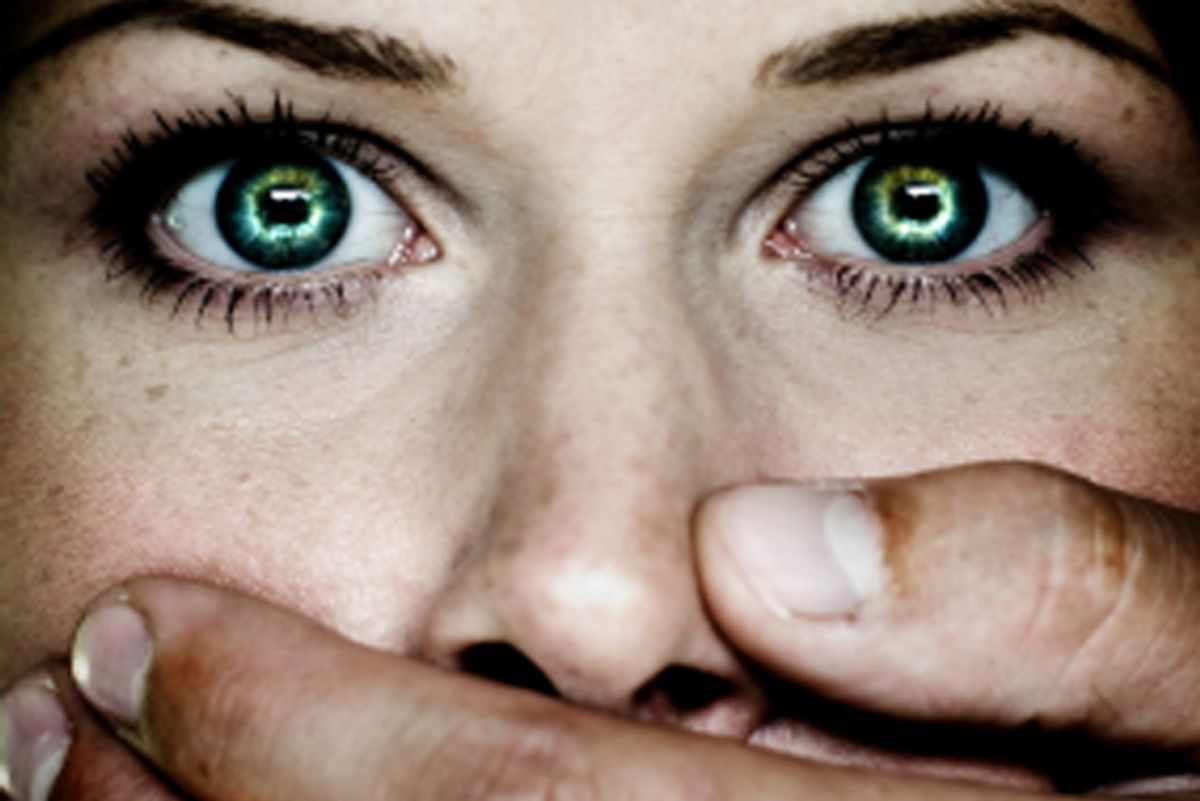 The plastic pods in my hands vibrated in rhythmic succession. "Can you see your safe place with your protector figure near you?" my therapist asked. This is so bogus, I thought.

But a few nights earlier, when my elder daughter playfully jumped in my lap at an outdoor movie screening, I had burst into tears right there in the middle of the crowd. The week before that, I'd fled the room in sobs when her sister ran at me to give me a hug. So I held on to those dumb-looking plastic pods for dear life, because I didn't want to cry anymore when my kids played with me.

On Saturday, May 8, at approximately 3 p.m., I was walking down a bustling New York City street, listening to the Spice Girls on my iPhone, when I was abruptly tackled from behind. (Yeah, I know. Spice Girls. I was asking for it.) As I stumbled forward, a man ripped the headphones out of my ears and ran off. I stood there a moment, dumbfounded, when another man jumped me, wrestled the phone from my hand, and took off in the same direction. For reasons that surprise me still, I bolted after them, into the grounds of a nearby housing project. Soon after, the police showed up. I identified one of the attackers and watched from the squad car as the police arrested him in front of me and a flock of his friends and neighbors. I spent Saturday night at Central Booking and received an order of protection from the district attorney. Just to bookend the whole thing neatly, I had spent the previous week bedridden, sicker than I'd ever been in my adult life, with a fever that hovered around 104. And a few days later, as I was signing my statement at the courthouse, I received a call from my doctor that the precancerous cells we'd blasted away two years ago had returned with aggressive vengeance, and I was going to need an invasive medical procedure.

That was a really messed-up week.

But when I described it to my therapist, I was stunned to hear her say, "Sounds like you're traumatized." I hadn't been beaten. Nobody had pulled a knife or a gun on me. I wasn't sick anymore; my surgery was routine; I was loved and safe. The problem was, nobody had told my amygdala, which was having a fear-response field day every time somebody so much as tapped me on the shoulder.

Sure, I had tears and jumpiness and trouble sleeping, but I'm no "victim," dammit. So when my shrink asked if I wanted to try EMDR, an unorthodox technique for processing traumatic events, I didn't leap at the suggestion. The process would involve talking through my experience, identifying the most stressful aspects and my physical reactions. Then I would do an orderly progression of visualization techniques while a series of alternating left-right sounds, lights or gentle taps would assist my brain in readjusting itself until it no longer went into survival lockdown when triggered.

I knew about Eye Movement Desensitization and Reprocessing therapy from one of my best friends, Lily Burana. I had watched it do wonders for her and her combat-veteran husband, and I'd read her enthusiastic account of the experience in her memoir "I Love a Man in Uniform." As she explains, "In the course of a year, I got married, my husband went to war, we moved to a new post and my father died. To say everything hit the fan was an understatement. I'd been sitting in the therapist's chair for a year and not getting better; I was just getting better at telling my story. With EMDR, it started to work right away."

Yet the idea of using bilateral stimulation to reboot my own brain sounded dubiously like hypnotism. That lights and sounds could ease my panic in just a few sessions seemed too good to be true — and a little New Agey, Emotional Pain-B-Gone for my taste. Besides, what happened to me was relatively no big deal. Why couldn't I just butch up and shake it off? Yet weeks after the mugging, I was still intensely feeling its effects, now married with a sense of embarrassment that I wasn't "over it" yet.

But the thing about trauma — much like depression or addiction — is that you don't choose it. It finds you, whether your clever brain thinks you've suffered sufficiently to merit it or not. It doesn't want to hear your explanations or excuses, it doesn't give a crap about who can play the "more battle-scarred than thou" card — it just plows ahead and rings your alarms anyway. Burana puts it this way: "You don't need to get shot in the face to be affected by something. Have you ever been so worried you got a stomachache? Have you ever stressed out so much you got a headache? Or been so happy to see someone your heart started racing? So how can something perceived as threatening not have a profound physical outlet? The mind and the body are not separate."

So I swallowed my coulda woulda shoulda, because when it comes to mental health, I'm a strong advocate of the by-any-means-necessary approach. I already meditate and do yoga and check in with my shrink every few weeks — a little more sanity never killed anybody. And I was fortunate to already have a mental health professional I trusted who was qualified to practice the technique. (When your brain's on the line, it's good to be a choosy shopper.)

For the first session, we tried using alternating auditory tones, but wearing headphones while reliving the experience only made me feel vulnerable and distracted. I left the office pessimistic — and wrung out. But the next time, when we switched to tactile stimulation, I thrived. Within minutes of deciding the back-and-forth motion of the plastic pods in my hands was a big fat waste of time, I felt soothed by it. And when my shrink asked me to put the "protection figure" I'd imagined earlier into the scene of the crime, I didn't see the original image — a large, rather butt-kicking male friend. Instead, my daughters popped up. I felt them hugging me sweetly outside the police station. I saw the compassion on their faces. My breathing slowed down, until it felt like the low purring of cat. The change was immediate and powerful — and more amazingly, it stuck. As Burana explains, "Let's say you get help because you have a splinter. With talk therapy, you discuss the pain and sit with the pain and deal with the pain. EMDR pulls the splinter out." Feeling somewhat de-splintered, I still flinched when my daughter pounced on me in bed the next morning, but I didn't cry.

And when, during the last session, my therapist asked me to picture the incident again, I watched as everything slowed down until the movie in my mind became a photograph. I saw a man in a brown hoodie running down the street while another man grabbed my arm. I felt myself struggling with a big stranger over a stupid piece of hardware. I saw people walking by, oblivious. But this time, I noticed flowers blooming outside the Marble Hill projects, the riot of spring-green trees. "I see the flowers," I said. "Are you thinking of the contrast between them and what was going on?" my therapist asked. "No," I replied. "I'm seeing the wholeness of it. It all comes together now."

It wasn't a beautiful day — until I got jumped. It wasn't a beautiful day — but I got jumped. It was a beautiful day — and I got jumped. That's life. The good and the beautiful live right there in intimate proximity with the terrible and the frightening, duking it out in the hemispheres of the brain. What happened at 3 p.m. on May 8 was part of a day, part of a terrible week. It's part of my life and my future trial date. I can never get rid of the experience or the memory of it, but I can make room for it in my head so it doesn't crowd out all the other stuff. I can give it its place. I understood that when I walked out of my shrink's office for my final EMDR session. Maybe I always knew that in my mind. But now, I feel it in my body.