What will be the consequences of the greatest government leak since the Pentagon Papers? 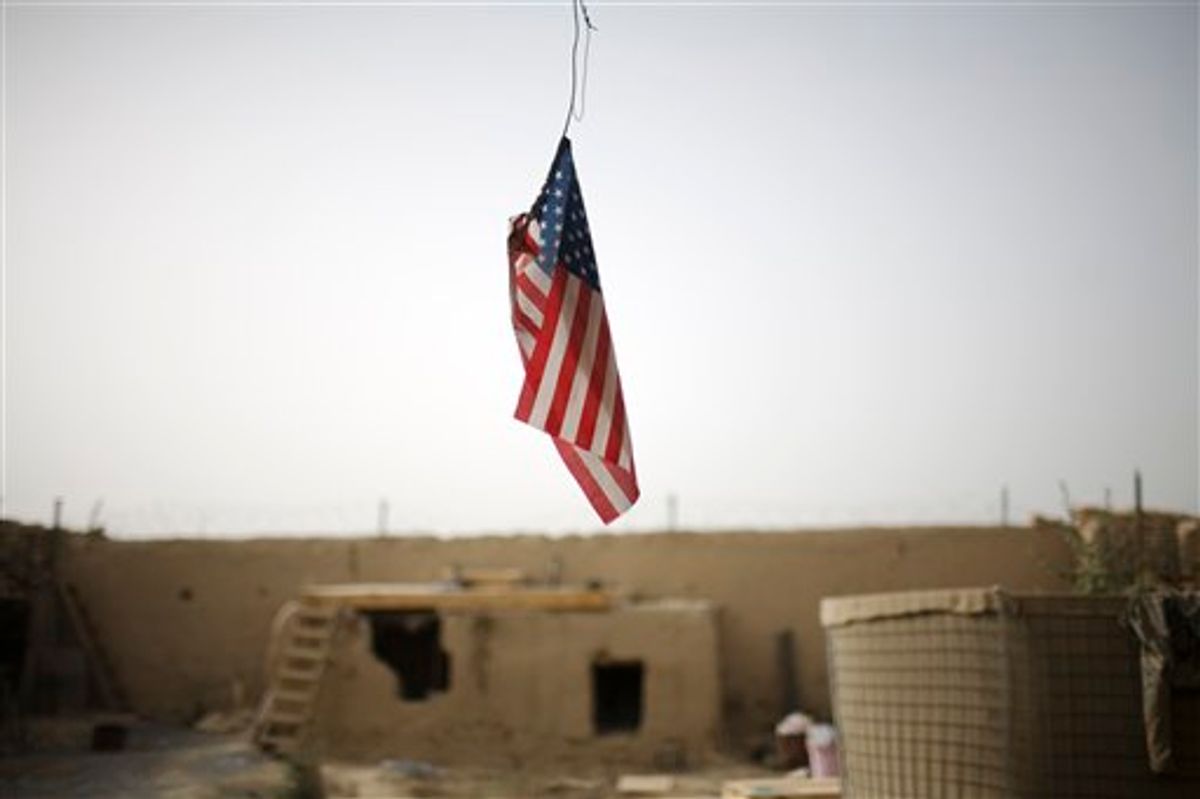 The most consequential news item of the week will obviously be -- or at least should be -- the massive new leak by WikiLeaks of 90,000 pages of classified material chronicling the truth about the war in Afghanistan from 2004 through 2009.  Those documents provide what The New York Times calls "an unvarnished, ground-level picture of the war in Afghanistan that is in many respects more grim than the official portrayal."  The Guardian describes the documents as "a devastating portrait of the failing war in Afghanistan, revealing how coalition forces have killed hundreds of civilians in unreported incidents, Taliban attacks have soared and Nato commanders fear neighbouring Pakistan and Iran are fueling the insurgency."

In addition to those two newspapers, WikiLeaks also weeks ago provided these materials to Der Spiegel, on the condition that all three wait until today to write about them.  These outlets were presumably chosen by WikiLeaks with the intent to ensure maximum exposure among the American and Western European citizenries which continue to pay for this war and whose governments have been less than forthcoming about what is taking place [a CIA document prepared in March, 2010 -- and previously leaked by WikiLeaks -- plotted how to prevent public opinion in Western Europe from turning further against the war and thus forcing their Governments to withdraw; the CIA's conclusion:  the most valuable asset in putting a pretty face on the war for Western Europeans is Barack Obama's popularity with those populations].

The White House has swiftly vowed to continue the war and predictably condemned WikiLeaks rather harshly.  It will be most interesting to see how many Democrats -- who claim to find Daniel Ellsberg heroic and the Pentagon Papers leak to be unambiguously justified -- follow the White House's lead in that regard.  Ellsberg's leak -- though primarily exposing the amoral duplicity of a Democratic administration -- occurred when there was a Republican in the White House.  This latest leak, by contrast, indicts a war which a Democratic President has embraced as his own, and documents similar manipulation of public opinion and suppression of the truth well into 2009.  It's not difficult to foresee, as Atrios predicted, that media "coverage of [the] latest [leak] will be about whether or not it should have been published," rather than about what these documents reveal about the war effort and the government and military leaders prosecuting it.  What position Democratic officials and administration supporters take in the inevitable debate over WikiLeaks remains to be seen (by shrewdly leaking these materials to 3 major newspapers, which themselves then published many of the most incriminating documents, WikiLeaks provided itself with some cover).

Note how obviously lame is the White House's prime tactic thus far for dismissing the importance of the leak:  that the documents only go through December, 2009, the month when Obama ordered his "surge," as though that timeline leaves these documents without any current relevance.  The Pentagon Papers only went up through 1968 and were not released until 3 years later (in 1971), yet having the public behold the dishonesty about the war had a significant effect on public opinion, as well as the willingness of Americans to trust future government pronouncements.  At the very least, it's difficult to imagine this leak not having the same effect.  Then again, since -- unlike Vietnam -- only a tiny portion of war supporters actually bears any direct burden from the war (themselves or close family members fighting it), it's possible that the public will remain largely apathetic even knowing what they will now know.  It's relatively easy to support and/or acquiesce to a war when neither you nor your loved ones are risking their lives to fight it.

It's hardly a shock that the war in Afghanistan is going far worse than political officials have been publicly claiming.  Aside from the fact that lying about war is what war leaders do almost intrinsically -- that's part of what makes war so degrading to democratic values -- there have been numerous official documents that have recently emerged or leaked out that explicitly state that the war is going worse than ever and is all but unwinnable.  A French General was formally punished earlier this month for revealing that the NATO war situation "has never been worse," while French officials now openly plot how to set new "intermediate" benchmarks to ensure -- in their words -- that "public opinion doesn't get the impression of a useless effort."  Anyone paying even mild attention knows that our war effort there has entailed countless incidents of civilian slaughter followed by official lies about it, "hit lists" compiled with no due process, and feel-good pronouncements from the Government that have little relationship to the realities in that country (other leak highlights are here).  This leak is not unlike the Washington Post series from the last week:  the broad strokes were already well-known, but the sheer magnitude of the disclosures may force more public attention on these matters than had occurred previously.

Whatever else is true, WikiLeaks has yet again proven itself to be one of the most valuable and important organizations in the world.  Just as was true for the video of the Apache helicopter attack in Baghdad, there is no valid justification for having kept most of these documents a secret.  But that's what our National Security State does reflexively:  it hides itself behind an essentially absolute wall of secrecy to ensure that the citizenry remains largely ignorant of what it is really doing.  WikiLeaks is one of the few entities successfully blowing holes in at least parts of that wall, enabling modest glimpses into what The Washington Post spent last week describing as Top Secret America.  The war on WikiLeaks -- which was already in full swing, including, strangely, from some who claim a commitment to transparency -- will only intensify now.  Anyone who believes that the Government abuses its secrecy powers in order to keep the citizenry in the dark and manipulate public opinion -- and who, at this point, doesn't believe that? -- should be squarely on the side of the greater transparency which Wikileaks and its sources, sometimes single-handedly, are providing.

For the next week, I'll be on vacation, and away from the blog, returning here Monday, August 2.  I'll be spending the week (hopefully) completing several long-term writing projects (including my current book and a long-form magazine article).  Daily blogging makes it difficult to devote one's full attention to other work, and these blog "vacations" are thus occasionally necessary.  It's possible I'll post a couple of podcast interviews I had planned to record last week, and I may weigh in once or twice on what I'm certain will be the twisted media coverage and government claims about this leak.  Otherwise, absent some unforeseen cataclysmic news event, I'll be back here next Monday.  Feel free, as always, to use the comment section for any reasonable discussions.

UPDATE:  NYU Journalism Professor Jay Rosen has some extremely insightful observations about WikiLeaks and why it frightens so many officials and their media spokespeople.

UPDATE II:  The New Yorker's Amy Davidson has a very perceptive analysis explaining the significance of these documents, along with how and why they reveal clear official deception about the war.

In terms of what we're "accomplishing" there, compare this recently released study documenting that our killing of civilians is what causes Afghans to take up arms against the U.S. with this morning's report that a NATO airstrike in Southern Afghanistan last week killed 45 innocent civilians, many of them women and children.