Owen Wilson as Woody Allen surrogate in "Midnight in Paris" 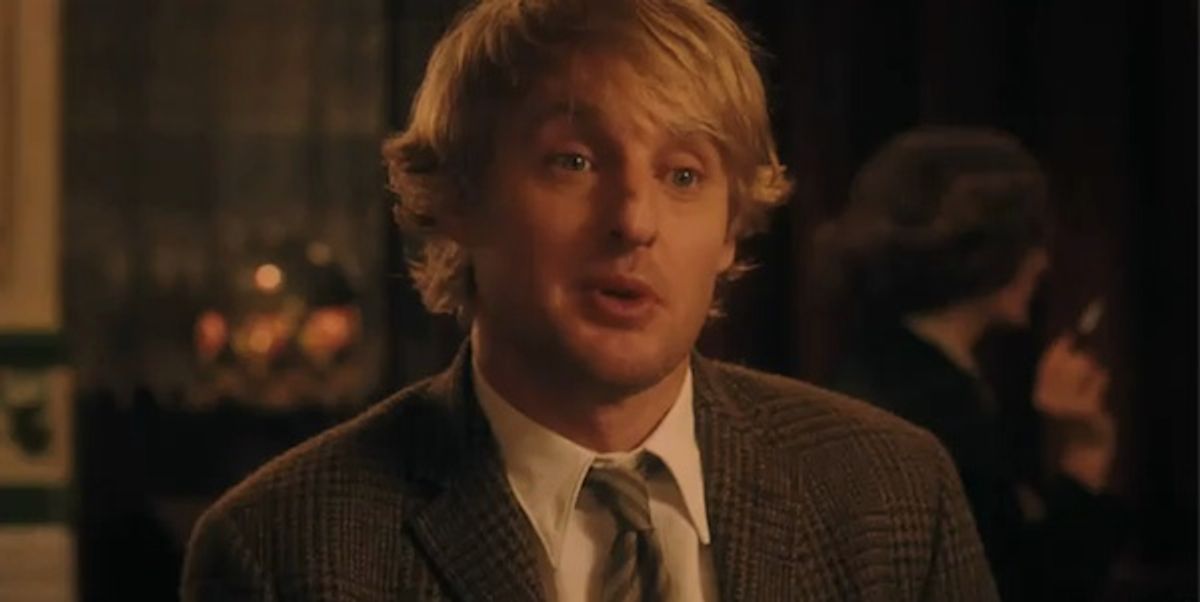 The butterscotch stallion as Allen.
--

Ninety-nine percent of the time, Woody Allen comedies feature a protagonist that looks and sounds a hell of a lot like Woody Allen.* And though sometimes the odd, unconventional choice in Woody surrogates has paid off (Michael Caine, Kenneth Branagh, Sean Penn), the trailer for the director's most recent foray into European scenery, "Midnight in Paris," is a little worrisome on the protagonist front.

Look, I love the Butterscotch Stallion (the name bequeathed to Wilson sometime in the mid-aughts that remains funny to this day) as much as the next lady, but his character studies are not those of the people who populate Allen's world. Wes Anderson's, maybe, but for an Allen film, Owen would be better served playing the love interest/boss of our protagonist's wife.

It's hard to see the reasoning behind Woody's casting choices for some of his recent films, though of course his latest features really only have one breakout star: whichever European city he happens to be filming in.

*Yes, this includes "Vicky Cristina Barcelona," where Rebecca Hall did a far more impressive job imitating Woody's trademark neurotically condescending writer than Larry David did in "Whatever Works," despite the fact that, in theory, at least, the "Curb Your Enthusiasm" star had a lot more in common with Allen than a beautiful 28-year-old actress.