Is the rise of food prices all bad?

Outrage abounds over a report that companies are shrinking portions but not prices, but it might be good for us 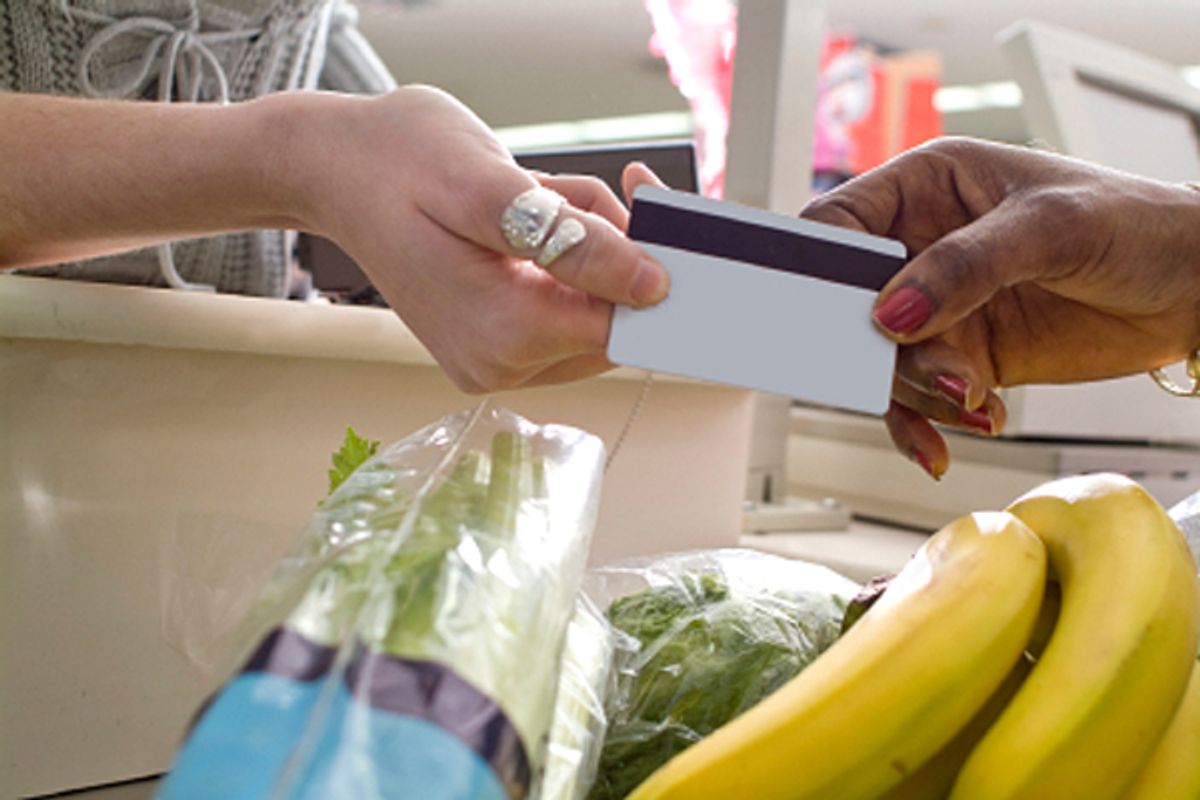 Slayers of elitists and other warriors of the downtrodden: Look! I bare my throat to you, fleshy and fat and ripe for the kill. But before you draw your blade, let's talk about this for a minute. Is the increasing cost of food in America an entirely bad thing?

A recent report in the New York Times announced that American grocery store "shoppers are paying the same amount, but getting less," and proceeded to quote a woman whose three-box pasta dinner for her large family didn't quite satisfy. She only later realized it was because those boxes now contain 13.5 ounces of noodles, not 16.

An immediate and obvious reaction is that this is an outrage -- a problem that really puts the screws on people who already have trouble affording enough food to feed their families. Hunger -- and the threat of hunger that policy wonks call "food insecurity" -- is no joke. (Even if we're not entirely clear on how many people are truly hungry, and what food insecurity really means.) My point is not to minimize the difficulty this kind of price inflation will create for people truly struggling to eat.

But there is something else that struck me when reading the report. It was the ice cream. And then the Reese's mini peanut butter cups. These, and presumably many other processed and junk foods, are among the items "shrunken" this way.

Is that really so awful?

First, Americans spend a smaller percentage of their income on food than anyone, ever. In 2008, during the economic crash, we spent an average of 5.6 percent of our income to feed our families, the lowest since 1929. At this point, overeating affects many more Americans than chronic hunger, by far. (Perversely, obesity and diet-related diseases like Type 2 diabetes are actually much more common in lower-income communities, which speaks to a prevalence of junk food that confuses the line between "hunger" and "malnutrition.") And if current trends continue, over 40 percent of Americans will be obese within the decade.

So how do we deal with this? Anyone who tells you they have a clear answer is selling you snake oil. But a big part of it has to be eating more smartly, and yes, eating less. It's weird to say this, but maybe food should cost more. Not because we should be poorer, certainly not because we need to be protecting the profits of corporations, but because we have real trouble valuing what's cheap.

Food, for most of us, is blessedly and cursedly cheap. It's plentiful. And so we plow through huge dinners nightly. And so we mow down whole containers of ice cream. It's in our nature to want to eat more. Our bodies and brains have descended from animals that have struggled, really struggled, to get enough food to survive forever. We want to pack as many calories into ourselves as humanly possible, for when the lean times inevitably come. Only we've engineered and marketed away most of the lean times, and yet we keep gorging.

So there may be something significant and strangely hopeful about how this food inflation is manifesting. It's not that prices are rising per se, but that portion sizes are shrinking. That means that if you could afford a box of pasta or a bag of chips before, you can still afford one now; no one is taking all your chips away from you. But the limiting of portion size might do us some good.

Studies by Dr. Brian Wansink at the Cornell University Food and Brand Lab regularly show that people keep eating not until they feel "full," but rather until there is some external signal to tell them to stop. In one notable experiment, Wansink's team rigged a bowl of soup to secretly keep refilling itself. Without realizing it, diners eating from that bowl ate 50 percent more soup on average, and some ate three times the amount of soup they might have otherwise. We eat mindlessly, as a function of habit and instinct, and so with a surplus of food, we are constantly overeating. Knowing that, maybe we don't have to begrudge that extra couple of ounces of food companies are saving for the next bag.