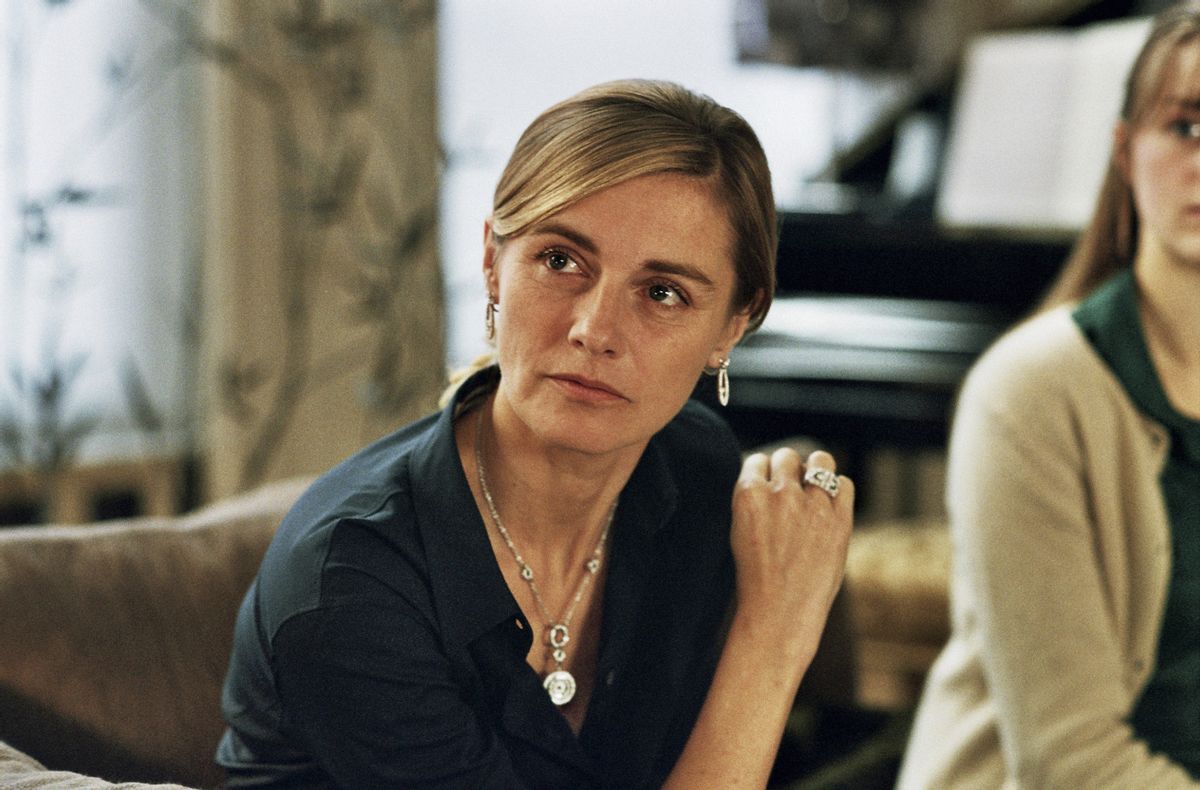 Arguably, the arty little movie I should be covering this week is French auteur Catherine Breillat's "Sleeping Beauty," her latest mannered, crypto-erotic retake on a classic fairy tale (after the 2009 "Bluebeard"). So let me give that a shout-out -- it opens this week in New York -- while confessing that it's summer and we might all have a better time at a different French-language film, the cool and ingenious thriller "Rapt." Using a real-life 1970s celebrity kidnapping as his raw material, Belgian actor-director Lucas Belvaux (best known for his 2002 "Trilogy," three films with interlocking stories and characters) weaves a Hitchcockian fable around the kidnapping of fictional tycoon Stanislas Graff (suave French star Yvan Attal).

Graff's ice-blond "good wife," Françoise (Anne Consigny, in a classic Grace Kelly part), is in many respects the central character of "Rapt," and the principal victim of the kidnapping. She is forced to deal with the police, who suspect the whole thing may be a setup; plead with Stanislas' company's reluctant board for an enormous ransom payment; face the increasing resentment of their children (who think she's not doing enough to bring Papa home); and confront the press, which sees an opportunity to peel away her family's implacable veneer of wealth and privilege. Indeed, as the secrets about Stanislas' multiple mistresses and gambling debts pour out -- for one thing, he isn't nearly as wealthy as everyone assumed -- Françoise has to deal with the fact that her luxurious existence has been built on lies and criminality, which she herself has helped perpetrate.

Belvaux's pace may seem leisurely by Hollywood-thriller standards, and he strikes a sardonic, quasi-Marxist tone that doesn't exactly leave you with sympathetic characters to root for. But "Rapt" is both a compelling character study and a handsomely mounted procedural, at various times suggesting Hitchcock, his French acolyte Claude Chabrol, the sadistic TV series "24" and the action movies of Michael Mann. Attal and Consigny are absolutely terrific as a couple who are on the most obvious level ruined by their ordeal, but who on another level finally become human beings, after spending their entire adult lives performing the roles of people who are rich and happy and free.

"Rapt" is now playing at Film Forum in New York and the New Orleans Film Society. It opens July 22 in San Francisco and Aug. 26 in Chicago. Check  website for more cities and dates.