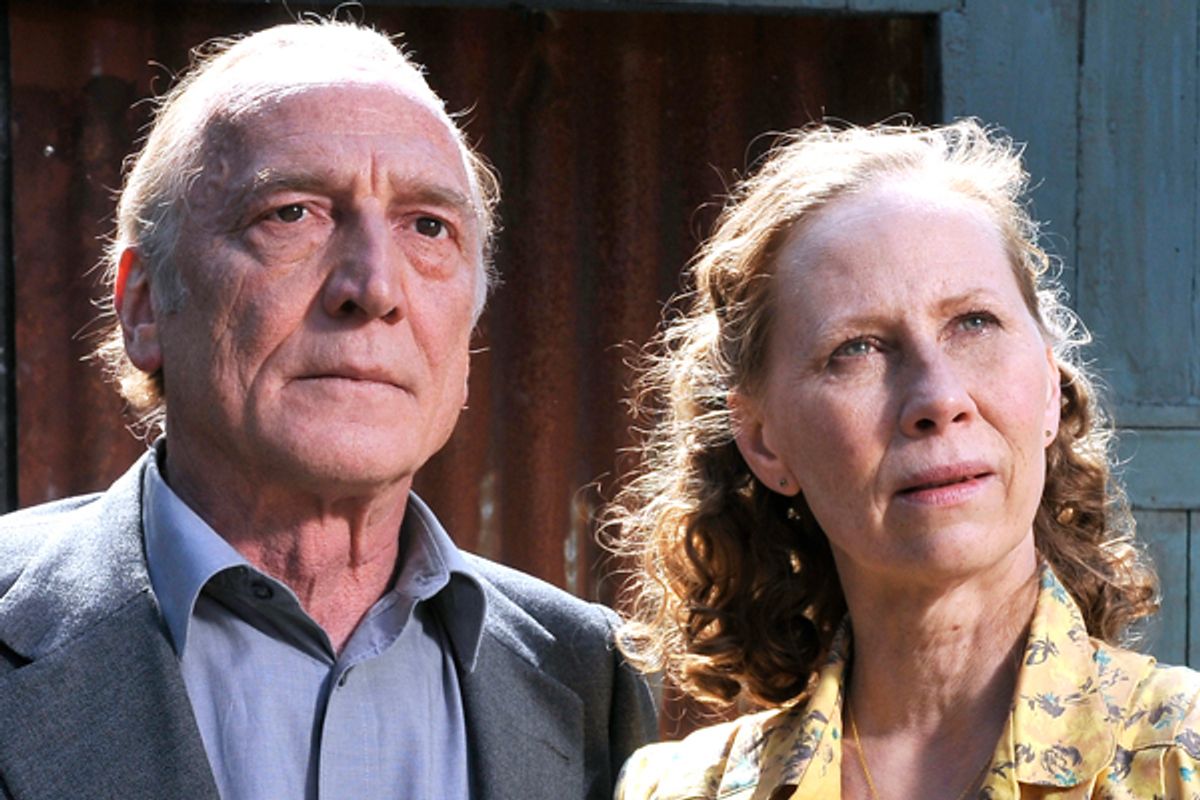 This is an updated version of Andrew O'Hehir's original review of "Le Havre" from the Cannes Film Festival.

Aki Kaurismäki, a Finnish director who makes mordant, wistful black comedies laced with intense cinematic and pop-culture nostalgia, is pretty much the last person you’d expect to make a movie about Europe’s “refugee problem” (what we would call illegal immigration). Kaurismäki has never had an American audience of any size outside the bicoastal art-house ghettos, and his new movie, "Le Havre," probably won't change that. But for the right kind of film buff, it's absolutely one of the most enjoyable pictures of the year -- and if you've never heard of the guy before, I can't imagine a better place to start.

As Kaurismäki would happily agree, his films have more to do with vintage American gangster movies, fairy tales and early rock ‘n’ roll songs than with social realism. But from early works like “The Match Factory Girl” and “I Hired a Contract Killer” to his 2007 neo-noir “Lights in the Dusk," he has always been concerned with the fates of those who are downtrodden and cast out. His dark humor and precise, mannered style tend to conceal the politics beneath his films, but it’s not that much of a stretch to suggest that he’s the last major Marxist left in European cinema. (Three of his late '80s films are grouped as the "Proletariat Trilogy," which is tongue-in-cheek but not entirely facetious.)

Maybe the guy needs to get out of Finland more often. In 1991 Kaurismäki went to Paris to make “La Vie de Bohème,” arguably his best film, and “Le Havre,” set in the Normandy port city of that name, feels on first viewing every bit as good. Kaurismäki takes on the story of an African immigrant boy and a bohemian shoeshine man and delivers a film that’s exquisitely his own yet bursting with a newfound optimism and faith in human possibilities. It’s an intimate movie made on a small scale but very nearly an instant classic, fueled by a passion for vintage French cinema and the neighborly, communal French society of years gone by, and employing Kaurismäki’s bone-dry comedy to break through the wall of audience cynicism.

The hero of “Le Havre” is named Marcel Marx (craggy French character actor André Wilms), which has to be one of the greatest movie names of all time. That’s like the entire history of the 20th century — art, literature, movies, politics — boiled into a proper name, and Marcel walks through Le Havre with the exhausted dignity of a man who has seen it all. He works at the Havre train station shining shoes with a Vietnamese immigrant comrade (Quoc-Dung Nguyen), but in an age of sneakers and sandals, it’s not much of an occupation. Still, as he says at one point, it’s the closest you can get to people without being a shepherd, and the last profession to respect the Sermon on the Mount. (Yes, these are profoundly enigmatic statements, and I'm tempted to launch into a lengthy and speculative theological tangent. Suffice it to say that in context it's really funny.) As we eventually learn, Marcel had a wild youth as a writer and drinker in Paris, but these days he goes home every night to his wife, Arletty (Kaurismäki regular Kati Outinen, whose character name refers to a legendary French actress, the star of Marcel Carné's "Children of Paradise"), has a drink or two at the local bistro, eats dinner and goes to bed.

At least that’s what his life is like before both calamity and opportunity strike: Arletty becomes suddenly and seriously ill (I mean, she is the heroine of a French movie), and round-faced, serious Idrissa (Blondin Miguel), an African boy of 11 or so who has escaped from a shipping container unloaded in Le Havre by accident, comes into it. Idrissa seems like a refugee not just from the African nation of Gabon but also from the 21st century, thrown into Marcel’s stylized, congenial neighborhood of little shops and houses, a vision of postwar, pre-technological France frozen in amber. (The only time you ever see a cellphone in “Le Havre” is when the neighborhood snitch -- played by Jean-Pierre Léaud, once the star of Truffaut's "400 Blows" -- drops a dime on Idrissa.) Instead of defaulting to the xenophobia that is all too common in Europe (and America) these days, the people of Marcel’s quartier recognize Idrissa as a kindred spirit and take him in. Kaurismäki doesn’t even halfway pretend to offer a solution or an analysis of Europe's immigration dilemma; this is a fable about human beings banding together to protect a child, in the sure and certain knowledge that the bureaucratic state means him no good.

Shot by cinematographer Timo Salminen with the precise choreography, exaggerated 1940s-style lighting and deadpan blend of comedy and melodrama that characterizes almost all of Kaurismäki's work, “Le Havre” sneaks up on you. For a while it’s just a dry, amusing blend of familiar archetypes — along with the crusty old codger, a kid who wants to find his mother, a dying woman, and the old-time neighborhood, let’s add a classic French flic, or cop, in a black trench coat, marvelously played by Jean-Pierre Darroussin. (Among many other points of reference, “Le Havre” is a French Resistance drama and a loving homage to “Casablanca.”) And then this marvelous cast of characters and the exquisite comic timing and the peculiar cinematic tone and Marcel's adorable dog named Laika (!) and the benefit concert by a real-life singer named Little Bob, the “Elvis of Le Havre,” become something bigger than the movies, something as impossible and ridiculous as human goodness in a terrible world.