An auction house offers a piece of notorious Manson murder history -- but why would someone want it? 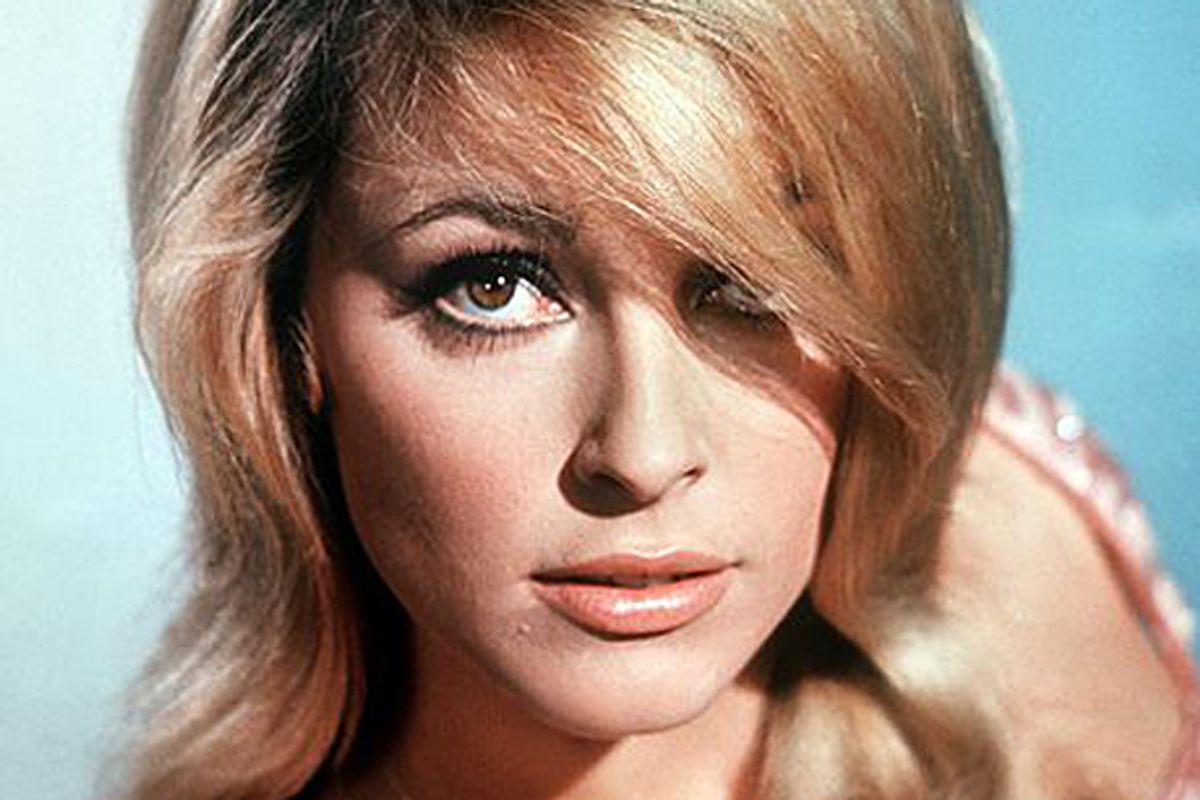 It's an oval opal ring, surrounded by garnets. Four stones appear to be missing. Its estimated value is somewhere between $25,000 and $50,000. And next week, is going up for auction with Gotta Have Rock and Roll with the opening bid of $10,000.

What is it that makes this particular piece of jewelry so potentially valuable? Is it the elegance of the piece? Is it the fact that it was purchased by an internationally renowned, Oscar-winning director? Or is it because the ring was allegedly worn by his pretty, pregnant wife the night she was savagely murdered by the Manson family?

On its item description, the auction house -- which also currently has a few tufts of Michael Jackson's hair "collected from the room he was staying in at the Carlyle Hotel" going for a cool thousand bucks, -- claims the bauble is Sharon Tate's "engagement ring, given to her by fiancé Roman Polanski." But the New York Daily News reported Wednesday that parent company Gotta Have It partner Pete Siegel asserts that Tate was wearing it when she was killed. He adds, "Who knows where the bidding will end up? She was so beautiful and innocent, and very popular." And you thought those thrill seeking true-crime fans of a recent episode of "American Horror Story," thrilled to hold the same ashtray a killer bashed a victim with, were just make-believe.

On the evening of Aug. 9, 1969, the eight-months pregnant Tate, four other individuals and Tate's unborn son were killed by the Manson's family's Charles "Tex" Watson, Patricia Krenwinkel and Susan Atkins. Tate was the last to die. As she begged for her life and that of her child, Atkins told her, "Look, bitch, I don't care about you. I don't care if you're going to have a baby. You had better be ready. You're going to die and I don't feel anything about it." Tate was then stabbed 16 times. Once she was dead, Atkins used Tate's blood to scrawl the word "PIG" on a porch wall. Makes you want to run right out and buy some bling, doesn't it?

Though Tate's sister Debra acknowledges Sharon owned the ring, she strongly disputes the ring was on Tate's finger the night of the murder, or that it was even her engagement ring. (Should you choose to study the images of her wedding or have the stomach for the grisly photos of the murder scene for a glimpse of her hand, they're inconclusive.) Debra told TMZ Tuesday week that "The ring was not Sharon’s style and she never wore it," and added, "Because Sharon was pregnant, she couldn’t fit any rings on her finger."

On Wednesday, the auction house clarified via a spokesman that "it was speculated that the ring was on Sharon Tate's finger at the time of death but never confirmed so we do not dispute Tate's sister Debra's claim." There is, however, one existing photo of Tate wearing the ring on her pinky, adjacent to her slim wedding band.

Gotta Have It's Siegel calls the ring simply "a great item of Hollywood collectibles." But come on. Surely macabre curiosity is why Gotta Have It has played up "Sharon's tragic murder" in its description of the ring, and encouraged the notion that it played a more central role in Tate's life than it may in fact have had.

Maybe the ring's significance doesn't matter if you're not the sort of person who cares about owning something a famous woman had on as her pregnant belly was being hacked into. But why would someone shell out 10 grand or more for an item if not for Manson family bragging rights? Gotta Have It knows what it's really auctioning here, and it's not just a "Hollywood collectible." Instead, it's a little bit of what Susan Atkins said she felt the night she killed Tate. It's a lot less gruesome and a lot more expensive, but it comes from the same place. Repulsively, it's the opportunity, as Atkins once put it, "to taste death."