Our politics couldn't be more different, but holiday cooking reminds me of the important things we do share 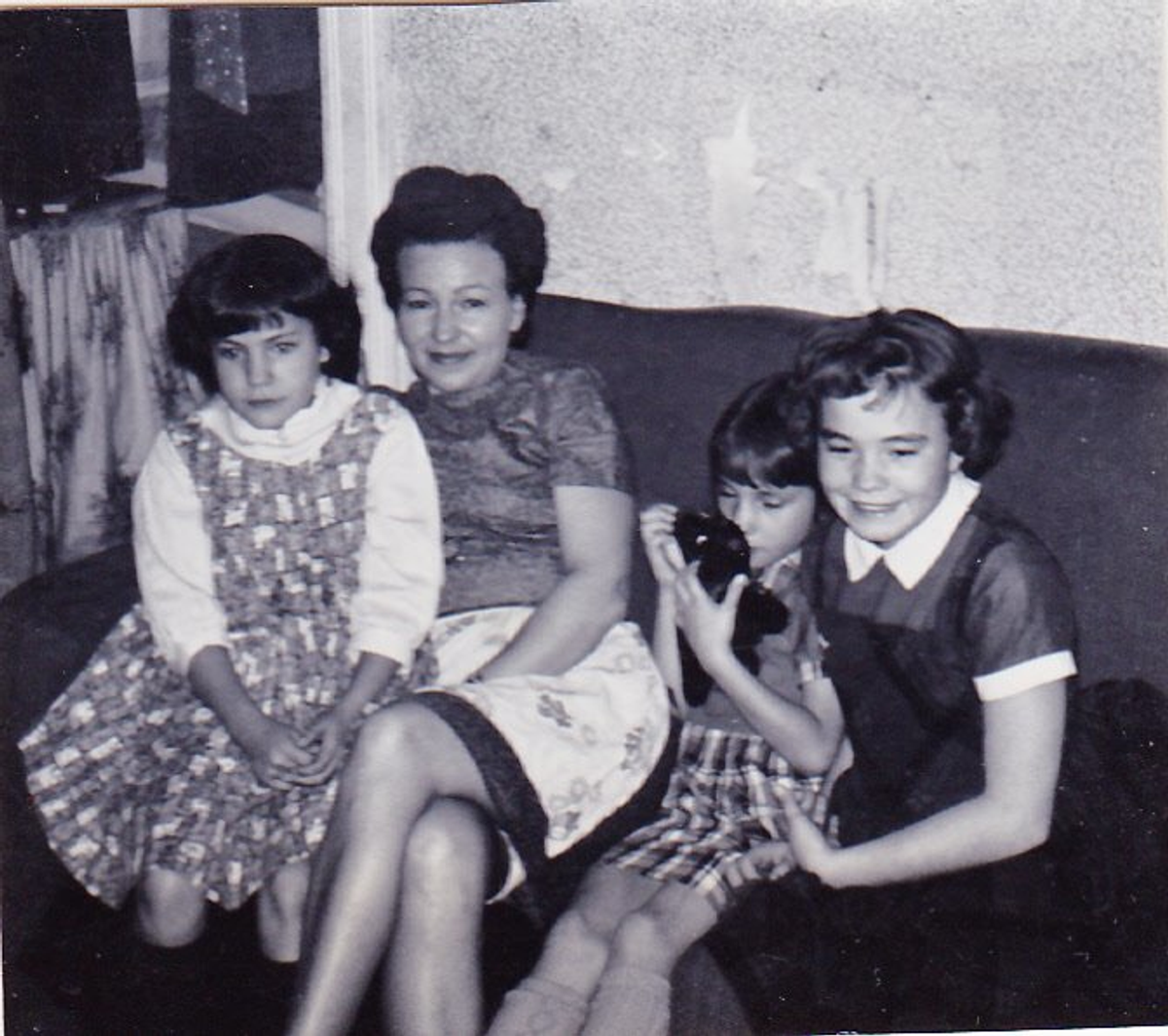 Apart from passing acquaintances at school and work, I didn’t actually know any real Republicans until I married into a conservative Catholic family. Holiday conversations shifted from the familiar (meditation, magic and global warming), to the unfamiliar (guns, the evil legacy of Jimmy Carter, and the importance of building a better fence along the U.S.-Mexico border).

My parents raised me to see the right wing as an unpredictable and malignant species, entirely separate from my own people. In my family, we talked about Republicans in the same tone of voice your average American reserves for the Taliban. "Christian" was a damning epitaph, to be delivered in a dark and significant whisper. Getting to know my conservative in-laws was something of an education.

Right off the bat, I was shaken by several astonishing discoveries. For instance, some people actually revere Ronald Reagan! But perhaps even more surprising: I actually liked these people. I liked people who watched Fox News and blamed America’s problems on welfare and environmentalists. Not only did I like these people, but somehow I felt at home with them.

Ever since I realized that I feel comfortable in the midst of this conservative Midwestern military family, I’ve been digging around trying to solve the mystery. Holiday cooking with my mother-in-law, Kris, seems as good a time as any. “I can remember my mom making these cookies when I was a child,” Kris says, setting butter and a bag of pecans on the pink Formica countertop. We are baking one of Kris’ specialties: nut butter balls. The recipe has been in the family for at least three generations. Kris learned it from her mother, Betsy, who in turn learned it from her mother-in-law, Alice.

Kris has sandy gray hair and eyes so dark and steady that they seem to absorb light. The effect is not sinister, but rather mildly soothing, like staring into a winter pond. Her heritage is French Canadian and American mutt, including some American Indian. The Native ancestry is far back enough that she doesn’t know the tribe, but you can still read the bloodlines in the breadth of her face and in the shape of her eyes.

The grandmother with the famous nut butter ball recipe is from the French Canadian side of the family. I ask Kris to describe her, and she remembers a heavyset, very prim woman who always looked tidy in a belted shirtwaist dress and sweater. “She never really talked that much. She was very much like my mother in that way. When all the family gathered, the women, you know, the wives, kinda sat back and didn’t say a whole lot. She always wore her hair the same way,” Kris adds. “She had very long white hair. She used to braid it and wrap it around her head. There was never anything sticking out, it was always just perfect. When she stayed at our house, she’d take her braid out in the evening, and us girls would love to sit and watch her brush her hair. And she always did it 50 times like, you know, they tell you you’re supposed to do.”

Kris was born in 1955, and she grew up in Wisconsin in a large backwoods family dominated by rowdy brothers. She remembers her mom cooking all the food from scratch, not out of virtue, but out of necessity; it was the cheapest way to feed seven kids. Modern food writers spill ink over bounty that Betsy relied on for thrift: venison, duck, wild asparagus. The family ate around the table every night. “I remember leaving the table a little hungry sometimes, because I wasn’t quick enough,” Kris recalls, setting a cookie tin next to her electric mixer. “I was a little shorter and sometimes the platters would pass over me. If you didn’t grab right away it would be gone.”

Kris talks about her family frankly: She remembers walking to church barefoot in the snow because she didn’t have shoes that fit; she remembers an aunt who hung herself in the barn; she remembers her father praying in a voice like James Earl Jones; she remembers Sunday nights when the family would crowd around a small black-and-white television to eat cocoa cake and drink hot chocolate and watch “The Wonderful World of Disney."

Kris has a salt-of-the-earth quality that reminds me of my cousin Kida. They are both completely without pretense. I think about what the three of us have in common: poor, rural upbringings, various tales of tragedy and hardship. Is the rural element our common ground? Or is it economics? Or are the mysteries of personality deeper than that, running below the trappings of location, economics, politics, religion and taste?

To make nut butter balls (essentially Russian tea cakes), Kris creams butter and powdered sugar, and then adds flour, vanilla, salt and pecans. “The only trick is to let the dough chill before baking,“ she says as she opens a little recipe box and hands me a yellowed note card. I am reminded of my own family recipe collection, a metal box that I inherited when my dad died. Like Kris’ cookie recipe, some note cards in my box bear the mark of a typewriter; others are penciled in my dad’s familiar scrawl: pineapple upside down cake for birthdays, chicken cacciatore for company, creamed onions for Christmas Eve.

When Kris was growing up, nut butter balls were a holiday treat; her mother baked the first batch of the year after Thanksgiving and the last batch at Christmas. “She’d make batch after batch -- they were one of my dad’s favorite cookies. And I can remember her allowing us kids to do the powdered sugar on them, which was a treat because we weren’t usually allowed to help bake; there were too many of us.” On that note, Kris leaves the room to get ready for her shift housekeeping at the hospital. I am left in her kitchen to stare at her decorative plates and large collection of cow memorabilia.

Kris returns and I ask her about her mom. She hesitates. “With seven kids it was hard for her to give each one of us individual attention,” she says slowly. She remembers how hard her mom worked, day in and day out: When Kris’ dad’s heart began failing, Betsy became the breadwinner in the family; she’d come home on her lunch break to cook for her disabled husband. Kris speculates that her mother never wanted such a large family, but she hastens to add, “She was a good mother.” She speaks of Betsy with fondness and reverence, but her voice is tinged with sadness.

As we’re talking, Steve wanders in. Steve is a thin man with glasses and a mustache and graying hair that’s verging on long. He looks like an old hippie or a libertarian gun nut, and he has a mind like a steel trap. When I ask him how he and Kris ended up hanging out, they both laugh.

“I hit her with my truck,” Steve says.

“I’ve got the scars to prove it,” Kris says, bunching up the sleeve of her beige scrubs to reveal two mean-looking marks on her forearm. Evidently, the scenario involved beer, skipping catechism, and general teenage high-jinks, and ended with Kris in the hospital nursing a snapped bone. When I mention this story to my husband, Rich, he puts it this way: “My parents were small-town Midwestern hellions.”

A year or two after Kris and Steve started dating, Steve’s ultraconservative mom got sick of his wild ways and, as family legend has it, marched him down to the military recruiting office. He enlisted in the Navy, married Kris and had a son, all before his 21st birthday. His military career would take the family from Wisconsin to Colorado to Philadelphia to Oakland to San Clemente. After 19 years of service he’d retire into the civilian workforce, and his job as a technician for medical equipment would eventually settle the family in Twin Falls, Idaho, an appropriately red state.

Kris leaves for work before the cookie dough is set, and Steve returns to his home improvement project. While the oven heats, I slap balls of cookie dough onto an ungreased pan. As the kitchen fills with the smell of warming vanilla, I think about family, and America, and Betsy, and the sadness of unsung lives.

When the holiday is over and I return to my blue state home, I find a message from Kris: “You asked me the other day about what I would say about my mother and I found myself struggling with an answer. Her life was always hard, growing up the oldest in a large family and then marrying and having a large family of her own. She worked from the time I was 13, as my Dad was disabled. It wasn't till I was in my late thirties that I realized she was a very strong woman with a heart of gold. She just didn't know how to show it physically, but instead showed it in her cooking and baking.”

This last line, of course, is common ground. Although my own parents never had difficulty expressing love in other ways, food was always at the heart of our family dynamic, and cooking is still my way of creating a sense of home. I am always on the lookout for a recipe of divine proportions -- basic techniques applied to simple ingredients to magically yield happiness. My mother-in-law’s Russian tea cakes are one such find; they melt in the mouth, leaving an aftertaste that’s sweet and nutty and profoundly comforting. It occurs to me that the teacakes are now more than just Kris’ family recipe -- they’re mine too.