The best and worst tweets of the year

From Zuccotti Park to Tahrir Square, these tweets shook the world in 2011 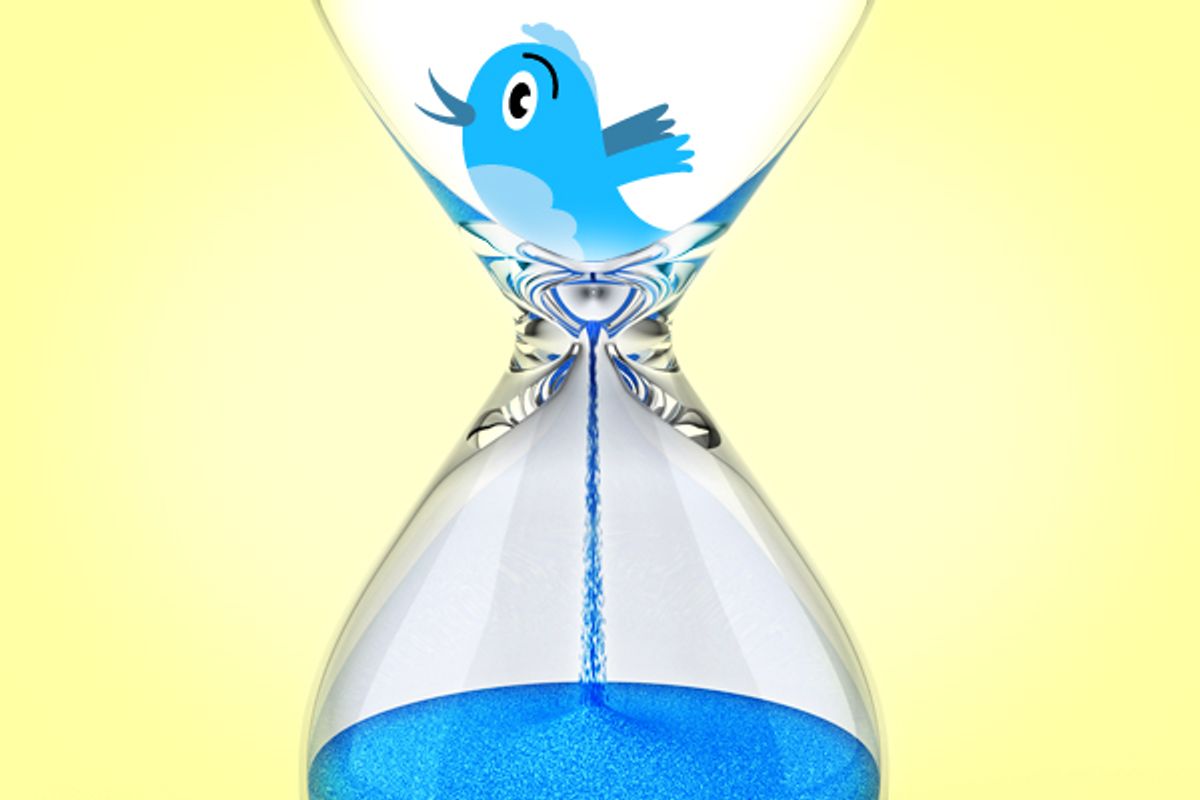 One hundred and forty characters can make or sink a career. They can start a movement. They can make history. We've witnessed for years now the power of social media – from bearing witness to the protests in Iran to providing a ringside seat to MIA's feud with Lynn Hirschberg. But in 2011, Twitter once again didn't just offer a bite-sized window into the news of the day – often enough, it became it. Whether they were funny, harrowing, or just plain ill advised, these were the tweets heard round the world.

"It's always wrong, that's obvious, but I'm rolling my eyes at all the attention she'll get."

While covering the Egyptian protests back in February, CBS reporter Lara Logan was separated from her crew and endured a horrifying sexual and physical assault. And when the news filtered out from Tahrir Square, New York University Center for Law and Security fellow Nir Rosen fired off a torrent of scathing tweets about the attack, admitting "She's so bad that I ran out of sympathy for her," and adding "it would have been funny if it happened to Anderson [Cooper] too." In the wake a furious backlash, Rosen swiftly deleted the tweets, apologized for his words, and resigned from NYU. Today, he's back on Twitter after a brief sabbatical, but as he wrote for Salon last winter, "with 480 characters I undid a long career."

"Face it folks, you just feel better when you say it. #WINNING"

Believe it or not, before March, Twitter was a Charlie Sheen-free zone. But in the midst of his epic spat with the producers of "Two and a Half Men," the guy with more catch phrases than a Bond villain took his Vatican warlock assassin fingertips and tiger blood to tweet town. He immediately set a Guinness world record for "Fastest Time to Reach 1 Million Followers" and an unofficial one for least coherent stream of consciousness. Remember, world, "You already own you. Now go… Earn the power."

"What do Japanese Jews like to eat? Hebrew National Tsunami."

Gilbert Gottfried, the man who helped bring the concept of "too soon" into the lexicon lived up to his reputation in March, when he unleashed a slew of one-liners about the devastation in Japan. In the aftermath, he wasn't just all but universally condemned – he lost his gig as the voice of the Aflac duck. The company had to issue a distancing statement that the tweets "were lacking in humor," and Gottfried himself quickly announced that "I meant no disrespect, and my thoughts are with the victims and their families." The whole episode -- which he discussed in a Salon exclusive interview -- proved that when you bomb in a club, it's a bad night. But when you bomb on Twitter, it can cost you your job.

"Helicopter hovering above Abbottabad at 1AM (is a rare event)."

When Pakistan IT consultant Sohaib Athar heard some unusual activity going on in the middle of a May night, he took to Twitter to talk about it. "A huge window shaking bang here in Abbottabad Cantt. I hope its not the start of something nasty," he wrote, adding a few minutes later that "all silent after the blast, but a friend heard it 6 km away too... the helicopter is gone too… Must be a complicated situation." It was indeed. As Athar told the world the next day, "Uh oh, now I'm the guy who liveblogged the Osama raid without knowing it." And with that, the musings of one sleepy guy who wished he had a "giant fly swatter" to silence the noise became an eyewitness to the American raid on the compound of Osama bin Laden.

Sure, he expanded on it in the accompanying video, but not much. When the legendary basketball player Shaquille O'Neal decided to end his nearly two-decade career in June, he wanted to "tell you first" – you being the Twitterverse. And with a post so pithy it didn't even bother with the apostrophe, he was done.

Except he hadn't been hacked. That unfortunate crotch shot, we learned back in June, was indeed the bulge of New York congressman Anthony Weiner. In the fact of mounting evidence that no hack occurred, he admitted a few days after the damning image emerged that "The picture was of me, and I sent it" to college student Gennette Cordova. It was the inauspicious end of a political career, and Weiner's Twitter timeline as well. Lesson – if you insist on sending ladies pictures of your junk, stick to texting.

A worldwide movement began as a simple plea back in July, when Adbusters, inspired by the protests in Egypt, issued the call. There had been a poster in the July issue of the magazine, and a fiery blog post to "you 90,000 redeemers, rebels and radicals out there." But it was the power of the hashtag that soon made itself known, as an action became a revolution. Occupy Seattle. Occupy Tuscaloosa. Occupy London. Occupy Hong Kong. Occupy Antarctica. And behold the power of tents and tweets.

"Who's #notguilty about eating all the tasty treats they want?" and "Millions are in uproar in #Cairo. Rumor is they heard our new spring collection is now available online at http://bit.ly/KCairo."

Corporate outreach gone terribly, terribly wrong! When the Casey Anthony verdict broke in July, #notguilty skyrocketed straight to the top of Twitter trends. With a better sense of how to make a delicious crumb cake than what's going on in the news, baked goods brand Entenmann's leapt in with an out of context – and wildly inappropriate -- hashtag. The tweet was soon deleted, with a follow-up that "Our #notguilty tweet was insensitive, albeit completely unintentional. We are sincerely sorry." And even the ever-provocative Kenneth Cole went too far with a February tweet about the Egyptian protests. Cole likewise quickly scrubbed the tweet, with a message that "We weren't intending to make light of a serious situation."

"Dear Fox News, don't play our music on your evil fucking channel ever again. Thank you".

Apparently Maroon 5's Adam Levine is not a fan. When the network used a soundbite of the band's "She Will Be Loved" on an October edition of "Fox & Friends," Levine took aim at the cable behemoth in a way that was both fearless and bitchy. While the network decorously didn't reply, give feistiness points to its Andy Levy, who shot back via Twitter, "Dear @AdamLevine, don't make crappy f*cking music ever again. Thank you." #ohsnap

"How do you fire Jo Pa #insult #noclass as a hawkeye fan I find it in poor taste."

What is it about these "Two and a Half Men" stars? In November, Kutcher responded to the dismissal of legendary Penn State coach Joe Paterno with a kneejerk expression of outrage. But Paterno, as the rest of the world knew and Kutcher later sussed out, lost his job over his lackluster response to sex abuse accusations against his former assistant coach Jerry Sandusky. Kutcher quickly admitted, "I feel awful about this error. Won't happen again." But then he then compounded the error by announcing he'd decided "to turn the management of the [Twitter] feed over to my team at Katalyst as a secondary editorial measure, to ensure the quality of its content." And how's that been going? "I will forever cherish the time I spent with Demi. Marriage is one of the most difficult things in the world and unfortunately sometimes they fail," he tweeted soon after. "Love and Light, AK." Ewwww.

"I have breast cancer. I am in good hands. There is a long road ahead and it leads to happiness and a cancer-free, long, healthy life."

Boing Boing's Xeni Jardin lives her life online. So naturally, she live tweeted her first mammogram, or as she cheerfully put it, "the perky robot pancake boobs squisher machine game." But just a short time and several tweets later, she gave the stark news. Since then, Jardin's been ferociously tweeting from the new land of cancer. And whether she's posting about data mix-ups or referring to her MRI tube as "an industrial music dance party," she's proving every day the inspirational, and very healing, power of online community.