Iran and the Terrorism game

When Iran allegedly engages in targeted assassination, that's terrorism; when it's the victim of that, it isn't 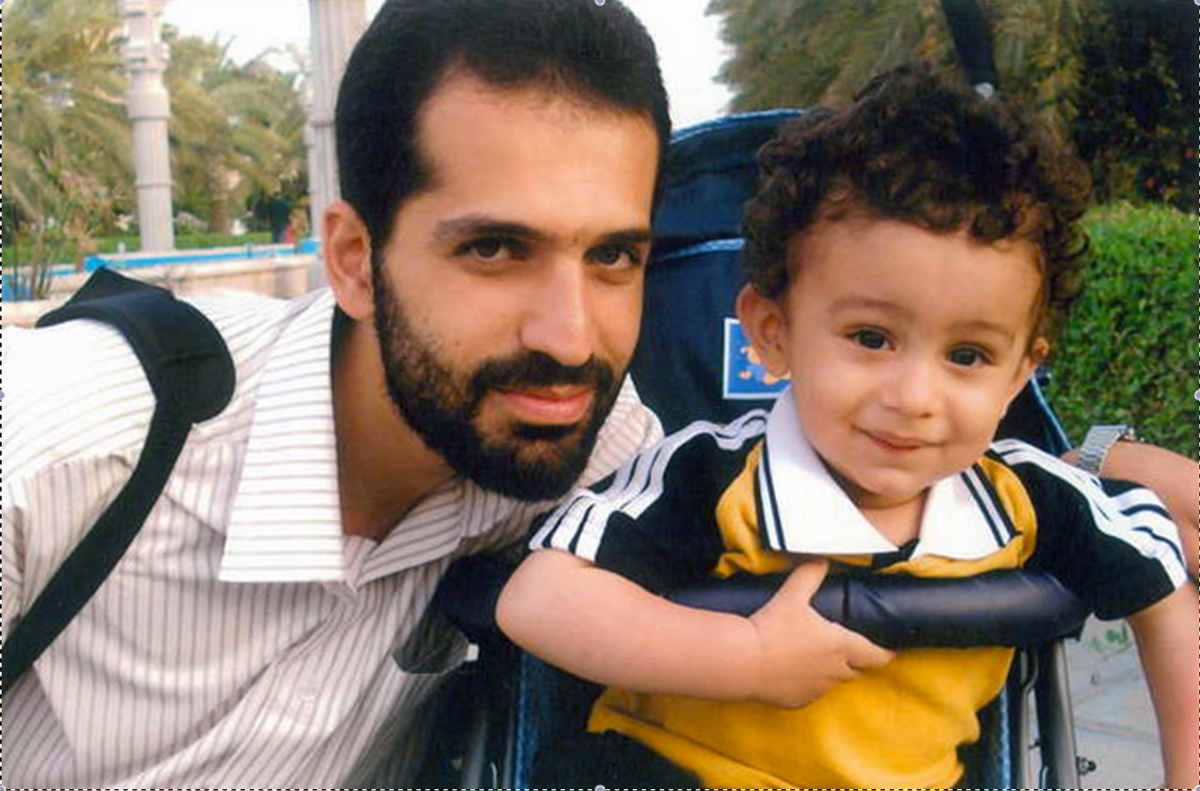 This undated photo released by Iranian Fars News Agency, claims to show Mostafa Ahmadi Roshan, who they say was killed in a bomb blast in Tehran, Iran, on Wednesday, Jan. 11, 2012, next to his son. (AP)
--

In the few venues which yesterday denounced as "Terrorism" the ongoing assassinations of Iranian scientists, there was intense backlash against the invocation of that term. That always happens whenever "Terrorism" is applied to acts likely undertaken by Israel, the U.S. or its allies -- rather than its traditional use: violence by Muslims against the U.S. and its allies -- because accusing Israel and/or the U.S. of Terrorism remains one of the greatest political taboos (even when the acts in question involve not only assassinations but also explosions which kill numerous victims whose identities could not have been known in advance). But the case of these scientist assassinations particularly highlights how meaningless and manipulated this term is.

The prime argument against calling these scientists killings "Terrorism" is that targeted killings -- as opposed to indiscriminate ones -- cannot qualify. After Andrew Sullivan wrote a post entitled "The Terrorism We Support" and rhetorically asked: "is not the group or nation responsible for the murder of civilians in another country terrorists?", and then separately criticized the NYT for failing to describe these killings as Terrorism, numerous readers objected to the use of this term on the ground that a targeted killing cannot  be Terrorism. Similarly, after I noted yesterday that Kevin Drum had denounced as "Terrorism" a right-wing blogger's 2007 suggestion that Iran's scientists be murdered and asked if he still applies that term to whoever is actually doing it now, he wrote a post (either coincidentally on his own or in response) strongly implying that this is Terrorism; thereafter, commenter after commenter at Mother Jones vehemently disagreed, on the same ground, with Drum's suggestion that this is Terrorism (many agreed the term did apply). Meanwhile, Jason Pontin, the Editor-in-Chief and Publisher of Technology Review, actually claimed that my use of the term Terrorism to describe these scientist killings is "what turns sober, hardnosed people from the Left" (he's apparently been elected the spokesman for "sober hardnosed people" turning away from the Left), and then proceeded to insist over and over that these are merely targeted killings, not Terrorism.

Part of the problem here is the pretense that Terrorism has some sort of fixed, definitive meaning. It does not. As Professor Remi Brulin has so exhaustively documented, the meaning of the term has constantly morphed depending upon the momentary interests of those nations (usually the U.S. and Israel) most aggressively wielding it. It's a term of political propaganda, impoverished of any objective meaning, and thus susceptible to limitless manipulation. Even the formal definition incorporated into U.S. law is incredibly vague; one could debate forever without resolution whether targeted killings of scientists fall within its scope, and that's by design. The less fixed the term is, the more flexibility there is in deciding what acts of violence are and are not included in its scope.

But to really see what's going on here, let's look at how a very recent, very similar assassination plot was discussed. That occurred in October when the U.S. accused Iran's Quds Forces of recruiting a failed used car salesman in Texas to hire Mexican drug cartels to assassinate the Saudi Ambassador at a restaurant in Washington, D.C. Let's put to side the intrinsic ridiculousness of the accusation and assume it to be true. That plot did not involve anything remotely approaching indiscriminate killing; it was very specifically targeted at one person: the Saudi Ambassador, a government official of a country which has extreme tensions with Iran. Indeed, the targeted Ambassador is an official in a government that has engaged in all sorts of acts of war and is even linked to an actual Terrorist plot: the 9/11 attacks. As Jonathan Schwarz put it at the time: "The funny thing is, I'd bet the Saudi ambassador to the US has closer 'ties' to Al Qaeda than 90% of the people we've killed with drones."

Nonetheless, when that plot to kill the Saudi Ambassador was "revealed," virtually every last media outlet -- and government official -- branded it "Terrorism." It was just reflexively described that way. And I never heard anyone -- anywhere -- object to the use of that term on the ground that targeted assassinations aren't Terrorism, or on any other ground. One of the nation's alleged leading Iran experts, Ken Pollack of the Brookings Institution, immediately announced that the plot, if proven, "would represent a major escalation of Iranian terrorist operations against the United States." And that claim was repeated in almost every major media outlet:

I could literally spend the rest of the day posting identical examples. That the targeted assassination plot aimed exclusively at the Saudi Ambassador was "Terrorism" was the automatic, unexamined, consensus claim from major media outlets, foreign policy experts, and the U.S. Government. Indeed, the accused defendants were formally charged with "international acts of terrorism" notwithstanding that it was to be a targeted assassination of a Saudi official. If anyone disputed this characterization, it escaped my notice, and I pay close attention to debates over the Terrorism label. Very few people, if anyone, objected at all when this allegedly Iranian plot was repeatedly denounced as Terrorism.

But now that it's widely believed that some combination of Israel and the U.S. are behind the ongoing plot to serially extinguish Iranian scientists -- see here, here and here for just some of the evidence suggesting that -- it's suddenly improper, even outrageous, to suggest that this is Terrorism. That's because the U.S. and Israel are incapable of committing Terrorism, by definition. Terrorism is only something done to those countries and by Muslims, not the other way around (the list of examples proving this to be true is extensive indeed).

Does anyone have any doubt whatsoever that if Iran were sending hit squads to kill Israeli scientists in Tel Aviv, or was murdering a series of American scientists at Los Alamos (while wounding several of their wives, including, in one instance, shooting them in front of their child's kindergarten), that those acts would be universally denounced as Terrorism, and the only debate would be whether the retaliation should be nuclear, carpet-bombing, or invasion? As always, Terrorism is the most meaningless -- and thus most manipulated -- term of propaganda; it's always what They do and never what We do.

Regarding the question of who is responsible for the spate of scientist murders and explosions in Iran, it is true that there is no dispositive evidence on that question; that's one of the benefits of conducting most consequential governmental action behind a wall of secrecy: no public accountability. But as the links above demonstrate, there is strong circumstantial and even direct evidence that (a) Israel is involved and (b) the U.S. has engaged in substantial covert acts of war aimed not only at the Iranian nuclear program generally but at Iran's nuclear scientists specifically.

That all of this is done with total secrecy and no oversight by design enables deniability, if one is eager to embrace that. Newsweek's neocon national security reporter, Eli Lake, even went so far yesterday as to suggest the "possibility" that Iran is behind these acts of violence: because, as is well known, countries love to murder their own nuclear scientists and blow up their own nuclear facilities (Lake, of course, is right that it's a "possibility" that Iran is behind this; as I replied: "Another possibility: maybe Senegal, or Singapore, is killing Iran's scientists - or maybe Martians don't like their nuclear program"). But by far the most likely explanation is that Israel is responsible, and one would have to be deliberately gullible -- to the point of extreme self-delusion -- to believe that the U.S. not only has no knowledge of or complicity in a spate of assassinations by its closest client state in a nation in which it has exhibited an intense interest, but also has no ability to stop it if it chose to (at the very least, the U.S. frequently sanctions state sponsors of Terrorism; if it objected to Israel's acts, wouldn't it do that here?).

Whatever else might be true, Israel and the U.S. are certainly the leading suspects behind these killings. And that is what explains the vehement resistance against calling this Terrorism.

UPDATE: There's one point that should be added about why this matters so much: the fact that Terrorism has no fixed meaning does not mean it is inconsequential. The opposite is true. Terrorism is one of the most consequential words in our political lexicon. The term designates Supreme, Unmitigated Evil. Once someone is successfully branded a Terrorist, it means that anything and everything can and should be done to them without constraints (e.g., sure, I don't love the idea that the President --  in secret and with no due process -- can target my fellow citizens for assassination, but I support its being done to Anwar Awlaki because he's a Terrorist; I don't like detention without trial but I can live with it as it's being used to imprison Terrorists; it's terrible when we slaughter children with drones but it has to be done to get the Terrorists,  etc. etc.).

As I've said before, Terrorism is simultaneously the term that means nothing and justifies everything. That's why such strong emotions are evoked when it is used in a way that deviates from mandated orthodoxies. It's a meaningless term, but incredibly (perhaps incomparably) significant in governing how power and violence can be wielded and against whom.