Pick of the week: The glorious pain of young love 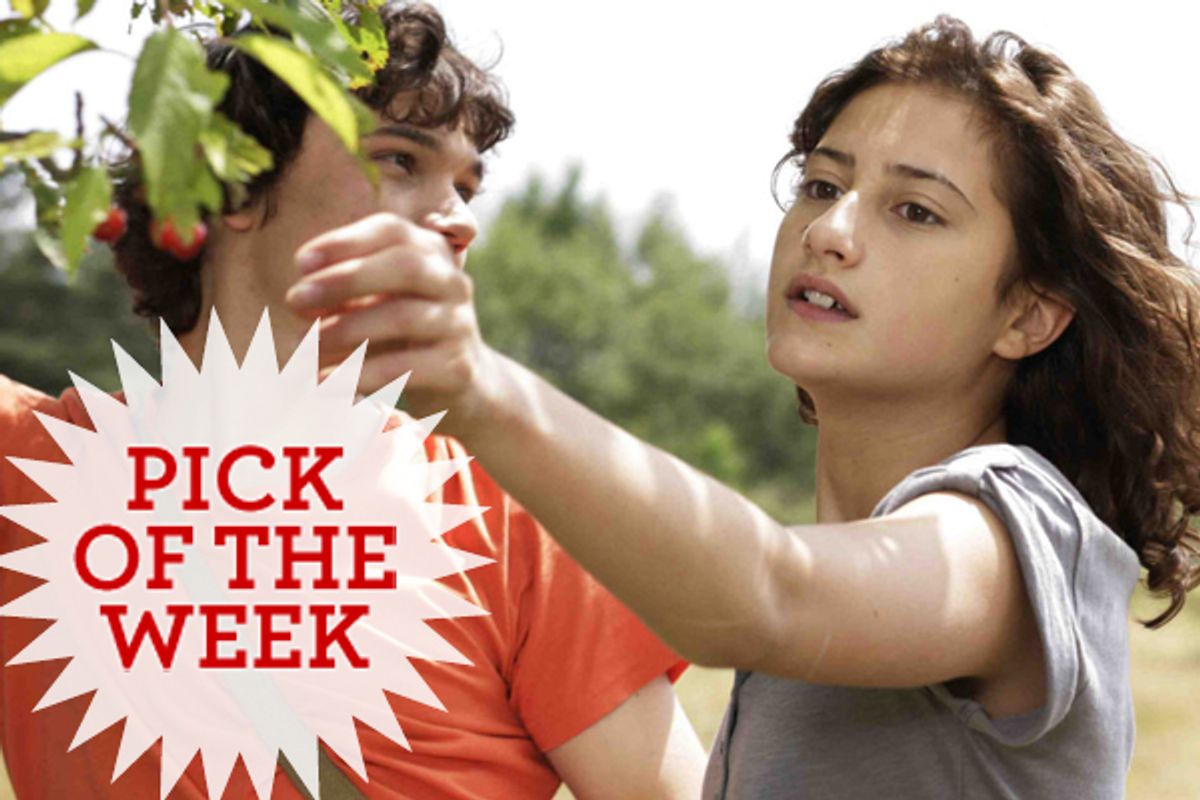 Language is very little help in describing "Goodbye First Love," the third feature from 31-year-old Mia Hansen-Løve (who is a Parisian born and raised, despite the Scandinavian name). This is a rigorously crafted film steeped in the French tradition, but it's meant to be a sensual and emotional experience, not a verbal or analytical one. Most of all, it’s a spectacular eyeful, that makes wonderful use of locations in Paris and the French countryside, and even better uses of the faces and bodies of its youthful and beautiful leads, Lola Créton and Sebastian Urzendowsky, who seem to have leapt straight to the screen from the verses of Rimbaud, loins and minds aflame.

"Goodbye First Love" is a pretty good title for this film, but it sounds a bit more wistful and personal than the more detached French original, "Un Amour de Jeunesse." It has almost no plot developments in the conventional sense, simply tracing the life of moody, soulful Camille (Créton, who does indeed resemble a younger Hansen-Løve) from age 15 to about 22, as she loves and then loses and then temporarily regains the slightly older, somewhat dumber but undeniably gorgeous Sullivan (Urzendowsky). While there is no explicit sex in the film and only a little nudity (especially by French standards), the whole thing -- the bees and flowers and rivers, the lovers' bodies, even the Parisian snow -- virtually oozes libidinal energy. Hansen-Løve is trying to recapture that exaggerated, labile emotional state of the first love that changes you forever, but without mythologizing it or draping it in sentimental nostalgia.

What's so striking about this movie from its very first frames is that Hansen-Løve has a fluid and dynamic command of the camera and a highly refined eye, and also that she views this avowedly autobiographical tale with an iron-willed resolve. You definitely can't say she is cold toward her characters or actors -- she bathes them in promiscuous, almost worshipful light -- but one feels no intention to render Camille as the victim, or Sullivan as the perpetrator. Hansen-Løve just wants to show us how it was: They loved each other so intensely and burned so hot that it just wasn't going to work out, and while her story is entirely specific, if you've lived on this planet long enough then you've had that feeling too.

Mostly she skips over the big dramatic moments, or underplays them. When Sullivan is leaving for the airport and Camille refuses to speak to him or even to look up from her face-down sobbing on the bed, he doesn't know what to say or do, and simply walks out. I felt like I hated both of them at that moment, but what I was really feeling was a surprisingly intimate connection to how they both felt. I could tell you more about what happens in the movie, but that part doesn't matter much. What matters is that the experience of watching it is so absorbing, from moment to moment, that I felt myself carried into Camille's world and at the same time carried back into my own memories. One might add that if you've watched as many classic French films as Hansen-Løve clearly has, one may also feel carried, moment by moment, into the palace of Parisian love stories built by Truffaut and Rivette, Agnès Varda and Eric Rohmer, Philippe Garrel and André Téchiné.

Camille seems to want to devour Sullivan, body and soul, and partly in reaction to that and partly out of standard young-man wanderlust, he runs off to South America with his buddies and stops writing. She mourns for him, OD's on sleeping pills, gets better, and moves on. She takes an architecture class, discovers a vocation, and moves in with the raffish Norwegian professor and star architect (gracefully played by Magne-Håvard Brekke) who's at least twice her age. When Sullivan returns to Paris years later, Camille finds that her feelings haven't changed, although her behavior certainly has. As Sullivan tells her, she is now an adult and an adulteress, cheating on a man she loves and who loves her.

Just in case you're not up on French film-world gossip, much of this indeed seems to be drawn from life, and the resulting suppositions have set Parisians abuzz. Hansen-Løve broke into movies as the teenage star of "Late August, Early September," a 1998 film by leading French director Olivier Assayas (now best known for his international hit "Summer Hours" and the explosive miniseries "Carlos"). Not long after that she became Assayas' lover, despite their 26-year age difference, not to mention the fact that he was married to Chinese actress Maggie Cheung (who had starred in his "Irma Vep") at the time. Hansen-Løve and Assayas have lived together for years and are reportedly engaged -- but if Assayas is the real-life Norwegian-architect role model from "Goodbye First Love," does that mean that Hansen-Løve cheated on him, early in their relationship, with a no-account but remarkably handsome former boyfriend?

It's only human nature to wonder about that stuff, but I don't know the answer and it makes no difference in watching "Goodbye First Love," which is a gorgeous, commanding work of poetic realism that suggests Hansen-Løve may outdo her boyfriend. (At her age, Assayas had made only one feature, which wasn't widely seen.) Haters gonna hate, as we say on this side of the Atlantic, and I'm sure some people suspect that Hansen-Løve got her chance because of her personal connections. But it's what she's done with that chance that matters, and she's made a glorious, hot-cold Romeo and Juliet fable, one that conjures up the sweet agony of youthful romance with almost alchemical force.

"Goodbye First Love" is now playing in Los Angeles and New York, with a national rollout to follow. It will also available on-demand, beginning April 27, from many cable and satellite providers.