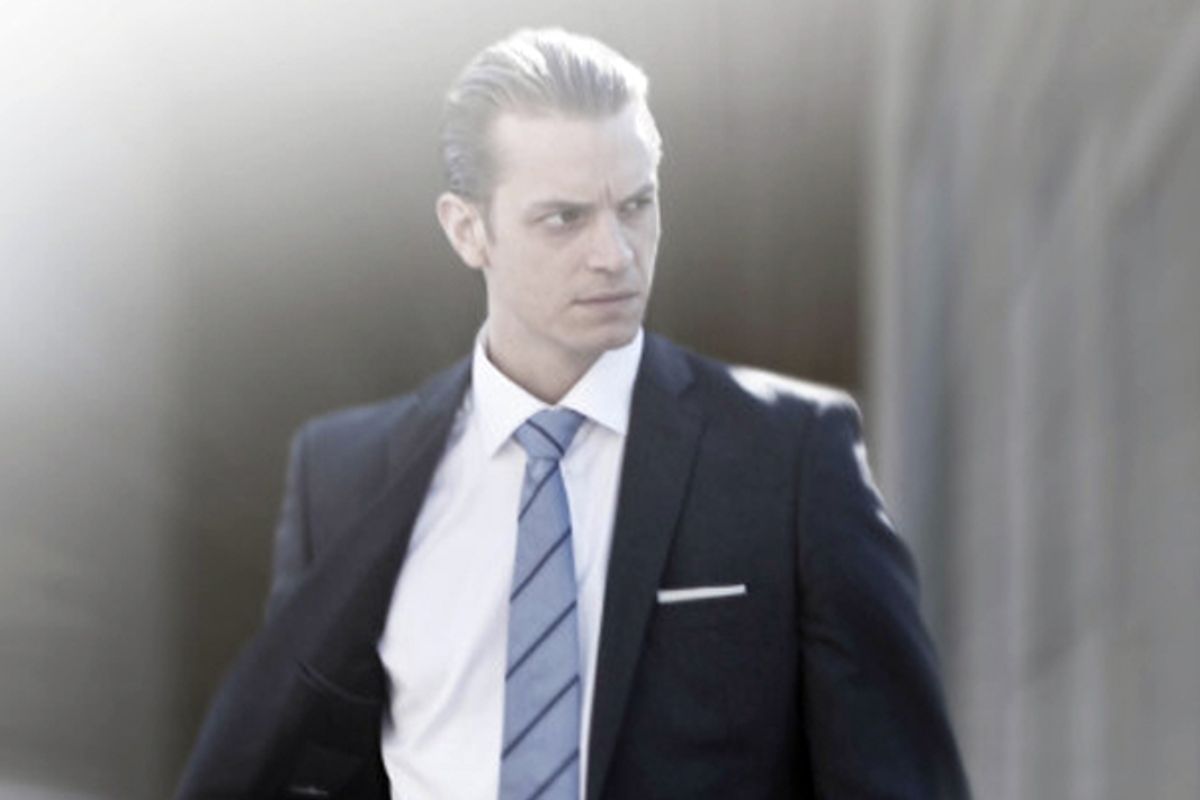 A complicated, wrenching epic about the loneliness of men and the creeping corruption of 21st-century Europe, "Easy Money" may well be the crime film of the year, or the decade. It features a star-making performance from the supremely handsome and immensely talented Swedish actor Joel Kinnaman, although Kinnaman (well known to viewers of AMC's "The Killing") is well on his way to that destination, even without this movie. In fact, "Easy Money" was a huge hit in Europe two years ago -- under its irresistible original title, "Snabba Cash" -- and has been tied up in North American rights limbo ever since, while people argued about remakes and sequels. In the meantime, both Kinnaman and director Daniél Espinosa have launched Hollywood careers; Kinnaman will star in the upcoming "RoboCop" remake, and Espinosa directed Ryan Reynolds and Denzel Washington in the action-espionage hit "Safe House."

But never mind all that stuff. What's important is that Americans finally get to see the gripping, almost operatic rise-and-fall saga of J.W. (Kinnaman), a social-climbing business student who gets drawn into the multicultural world of Sweden's criminal underworld, with consequences that are predictably disastrous but captured in convincing and intimate detail. Adapted from a bestseller by Swedish novelist Jens Lapidus (the screenplay is by Maria Karlsson), "Easy Money" is partly a classic European story about a young man from the provinces, and partly "Reservoir Dogs." Intelligent, ambitious and good-looking, J.W. dresses like a male model, pursues society girls and sees unlimited opportunity in the near-collapse of the banking system. But as one of his newfound criminal buddies observes, he lives like a drug addict, in a tiny, spartan one-room apartment in a student-housing complex.

One of the many reasons this movie would be difficult to remake in an American context (although I imagine someone will try) is that Karlsson and Espinosa refuse to hold your hand, dropping you into a confusing welter of seemingly unconnected characters, episodes and languages. (The dialogue in "Easy Money," while mostly in Swedish, also ventures into Spanish, Serbian, German, a little Albanian and of course English, the international lingua franca of crime and other forms of business.) Beneath the apparent chaos, "Easy Money" is elegantly structured: It begins with one man escaping from prison, and ends with another man going to prison. (The cinematography by Aril Wretblad is often exhilarating but always under control.) What lies in between is a parade of schemes, dreams, double-crosses and betrayals, along with quite a few moments of surprising emotional power, not customarily found in this genre.

The man who climbs over a prison wall and flees into the forest in the opening scene is Jorge (Matias Padin Varela), a skinny, stringy-haired Spanish immigrant who holds the key to an immensely valuable Hamburg cocaine connection. J.W. doesn't know Jorge, or Mrado (Dragomir Mrsic), the burly Serbian mob enforcer who's been dispatched to extract Jorge's info by any means necessary, before killing him. But the destinies of these three guys are about to become intertwined, and all three will be revealed as flawed, interesting and essentially sympathetic characters, capable of acts of love and of base treachery. It's nothing new for a genre film to suggest that criminals are people too, or that the differences between "them" and "us" have a lot to do with chance and circumstance, but "Easy Money" works out that theme with commendable complexity.

J.W. studies economics by day and spends his nights driving a cab for a Muslim entrepreneur named Abdulkarim (Mahmut Suvakci), who runs a variety of businesses on both sides of the law. Abdulkarim has been looking for someone like J.W., it seems -- a native-born Swede who looks good in a suit and knows how to talk to rich people, and who's eager to make a lot of money fast. After rescuing the beaten and bloodied Jorge from Mrado with an imaginative ruse, J.W. becomes the accountant, financial advisor, takeover specialist and frontman for Abdulkarim's empire, and uses his newfound wealth and status to romance Sophie (Lisa Henni), a daughter of Stockholm's elite. If anything, J.W. proves to be a more dishonest and duplicitous person than Jorge or Mrado or Abdulkarim, who never pretend to be something they're not. Sophie falls in love with a completely illusory version of J.W.; she doesn't know what he does for a living, and she doesn't know that he comes from a modest working-class background in rural northern Sweden.

If you've ever seen movies about a bunch of criminal lowlifes and their plans to make a complicated deal (with a different bunch of criminal lowlifes) and get rich overnight, you don't need me to tell you that the collision of all these people -- throwing in Mrado's exceptionally scary boss, Radovan (Dejan Cukic), and Mrado's brother (Hamdisa Causevic), who shows up from Belgrade with a suitcase full of weapons -- is going to go wrong in about 17 different ways. But the heart of "Easy Money" does not lie in the shootouts, beatings and betrayals, or in its overly ironic English title. It lies, for instance, in the affectionate if combative friendship that develops between Jorge and J.W., which may ultimately save them both, or in Mrado's heartfelt profession that he means to be a better dad to his adorable little girl than his own abusive father was.

There's more than a hint of "Sopranos"-style family drama woven throughout "Easy Money," played both for pathos and for comedy. Jorge's sister is pregnant with a little girl and his mother is ailing, which make him reluctant to cash out of crime and head to South America. When Mrado's brother arrives from Serbia, they set up shop in a run-down suburban motel: Mrado's 8-year-old on one bed, with her dolly and some candy, automatic rifles on the other. Come to think of it, Jorge doesn't like talking about his father either, and you get the feeling that if J.W. ever came clean about his past, he'd be in the same boat. This tense and fast-moving film will keep you guessing until the final frames (and indeed leave you with some unresolved cliffhangers for the just-completed sequel), but these violent men will never outrun the violent men in their own pasts.

"Easy Money" is now playing at Film Forum in New York, with wider release to follow.