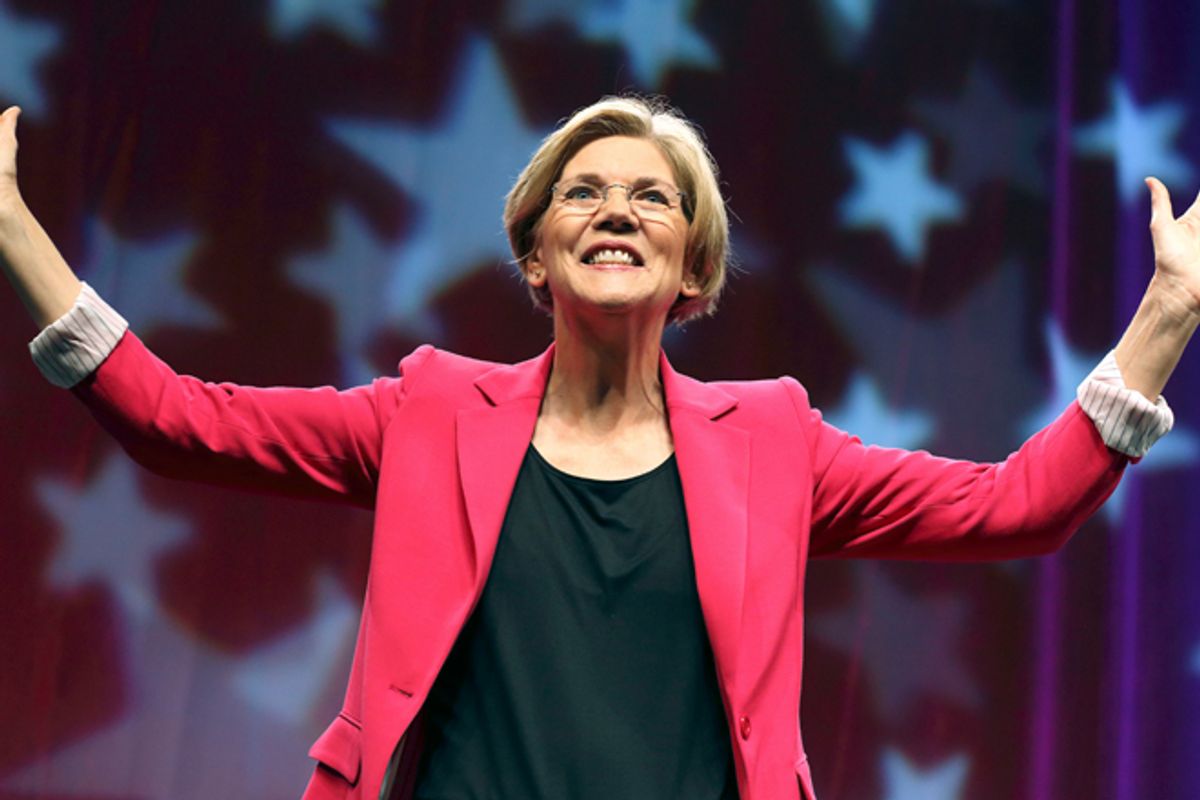 Just when Democrats were beginning to doubt her, Elizabeth Warren has now received the best polling news of her campaign. Two new surveys put Scott Brown’s Democratic challenger in the lead, one by 6 points and the other by 2.

This represents a significant shift from a few weeks ago, when Brown seemed to be opening a healthy lead, and suggests that the Democrats’ successful Charlotte convention – which featured a prime-time appearance by Warren – has helped energize the Democratic base and brings traditionally Democratic voters home. As PPP, whose survey puts Warren up 48 to 46 percent, explains on its site:

Warren's gaining because Democratic voters are coming back into the fold. Last month she led only 73-20 with Democrats. Now she's up 81-13. That explains basically the entire difference between the two polls. There are plenty of Democrats who like Scott Brown- 29% approve of him- but fewer are now willing to vote for him.

Shoring up the Democratic base has always been Warren’s main challenge, given how blue Massachusetts is. But this is easier said than done. While Democrats (and Democratic-leaning independents) far outnumber Republicans in the Bay State, Brown has forged a strong cultural connection with many of these voters. His regular-guy-with-a-truck shtick and frequent assertions of political independence have played particularly with culturally conservative working-class voters and in middle-class bedroom communities. Brown consistently rates as Massachusetts’ most well-liked politician, and his personal popularity was enough to scare every big-name Democrat in state politics out of the race.

If the Warren-Brown race were for the governorship, an office that Massachusetts voters have been very willing to elect Republicans to in recent times, there’s little doubt that Brown would win. But because it’s for federal office, Warren has a better chance to harness the state’s aversion to the national GOP brand. We’ve seen a race like this before, when the very popular Republican Bill Weld – who was fresh off a gubernatorial reelection bid in which he racked up 71 percent of the vote – challenged John Kerry for the Senate in 1996. In a popularity contest, Weld would have won. But Massachusetts voters didn’t want to further empower Republicans in Washington, and Kerry survived by 7 points.

If there’s a silver lining in that story for Brown, it’s that Weld actually performed vastly better that year than his party’s White House candidate, Bob Dole, who lost Massachusetts by 33 points. Romney will obviously lose the state this fall, but so far polling doesn’t show him getting blown out quite that badly. So if he can run as far ahead of Romney as Weld ran ahead of Dole, it might just be enough for Brown to hang on.

On a personal note, I think it might be time for me to stop making pronouncements about where this race is going. Early last year, I looked at Brown’s sky-high popularity and suggested Warren would be making a mistake by running. Then, when Warren made a splashy debut last fall, I reevaluated my thinking and called Warren a slight favorite – and I maintained this position through the spring and into the summer, even as Democrats began voicing concerns about her campaign. But when a few polls showed encouraging news for Brown late last month, I changed course and joined the “She’s losing!” chorus. And now, not surprisingly, I’m seeing a clear path to victory for her all over again.

So I’ll try to resist making predictions from here on out, and instead just enjoy the Brown-Warren debates -- which start this week – along with everyone else.