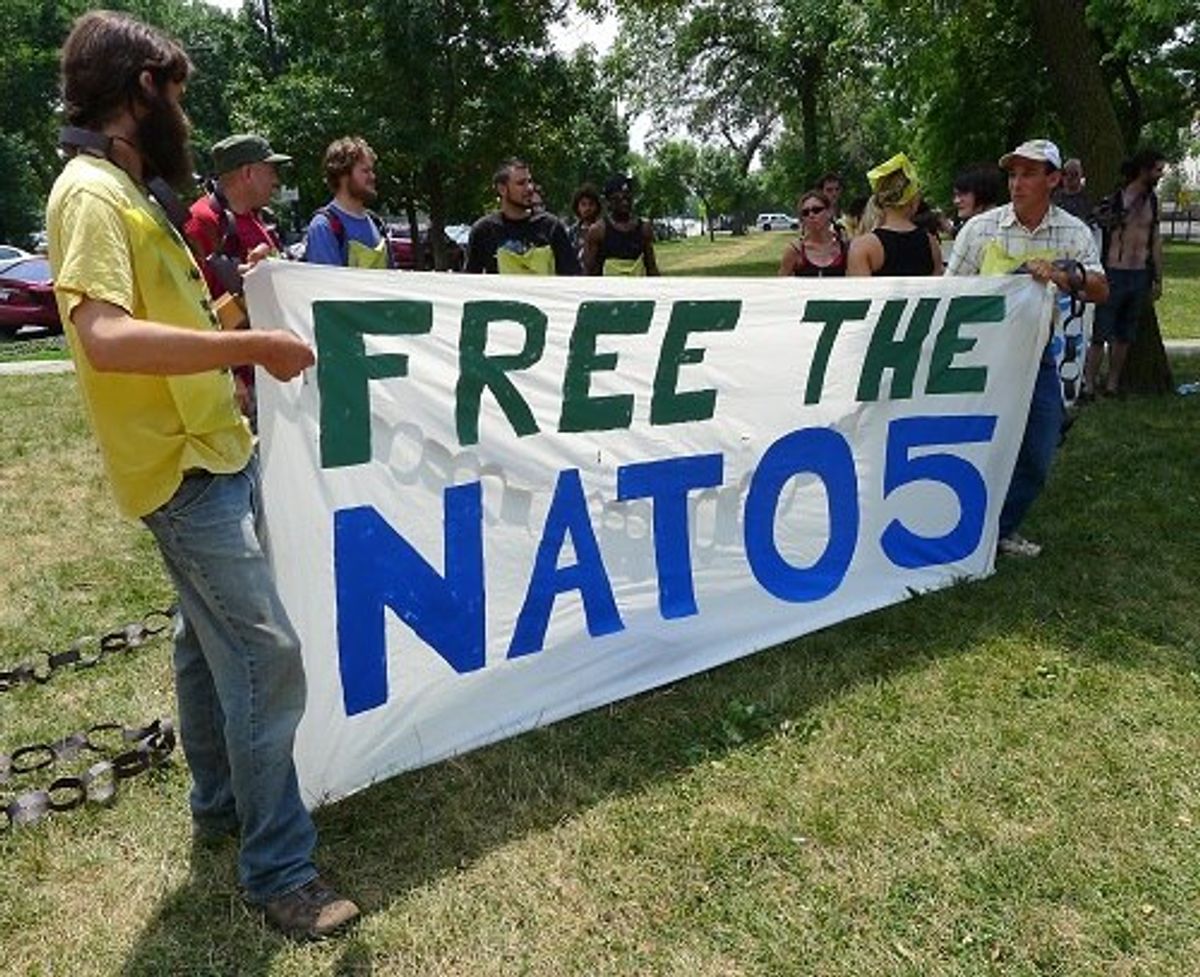 Sebastian Senakiewicz, 24, never made a bomb. He was never found with any explosive-making materials; authorities thoroughly searched his house. The Polish immigrant did, however, tell a boastful lie that has landed him a stint at boot camp.

Just days before the Chicago NATO summit last May, Senakiewicz drunkenly told undercover agents that he had two homemade explosives hidden in his Chicago residence in a hollowed-out Harry Potter book. A search of his home found the bombs to be as fictitious as the boy wizard -- there weren't even any Harry Potter books at the address. But the 24-year-old anarchist, who Tuesday pleaded guilty to one felony count of falsely making a terrorist threat, could face deportation.

At a hearing in the Leighton Criminal Court Building, Judge Nicholas Ford imposed the 4-year prison term and recommended that Senakiewicz be admitted into a prison boot camp. If he successfully completes the program he could be released in as little as 6 months, but prosecutors said the Polish native would be subject to deportation on completing his sentence.

However, the Chicago Tribune's report and the report from the AP -- both reportedly based on a press release from State’s Attorney Anita Alvarez's office -- were mistaken about Senakiewicz's sentence. He was not sentenced to four years, but four months at boot camp in lieu of jail time.

Senakiewicz is among a group of five people arrested in the run-up to the NATO protests -- dubbed "the NATO 5," including three other defendants ("the NATO 3") arrested on state terrorism charges. "Activists charge that Cook County State’s Attorney Anita Alvarez brought the charges as part of a broad strategy by local law enforcement to infiltrate and disrupt peaceful protest activities, to frighten the public and to deter opposition to the NATO meeting," noted the Occupy Chicago press team in a statement.

One of Senakiewicz’ attorneys, Jeff Frank, criticized Cook County's treatment of his client (known to friends as "Sabi"). "Honestly, how serious was this case? Does this rise to the level of what this statute was designed for? No. Sabi is guilty of imprudent language. That’s hardly grounds to extract a guilty plea for a serious felony, but that’s how Ms. Alvarez has chosen to spend the taxpayers resources," he said.

The “NATO 3” suspects, whose arrest for allegedly plotting to use Molotov cocktails during the summit has sparked charges of entrapment against Chicago undercover officers, have pleaded not guilty. Along with one other NATO arrestee also facing trumped-up terror-related charges, their cases are still pending.

CORRECTION: An earlier version of this story incorrectly reported that Senakiewicz was sentenced to four years in prison and did not correct reports from the AP and Chicago Tribune about Senakiewicz's sentence. Senakiewicz could have faced four or more years in prison, but accepted a plea deal for a boot camp sentence.