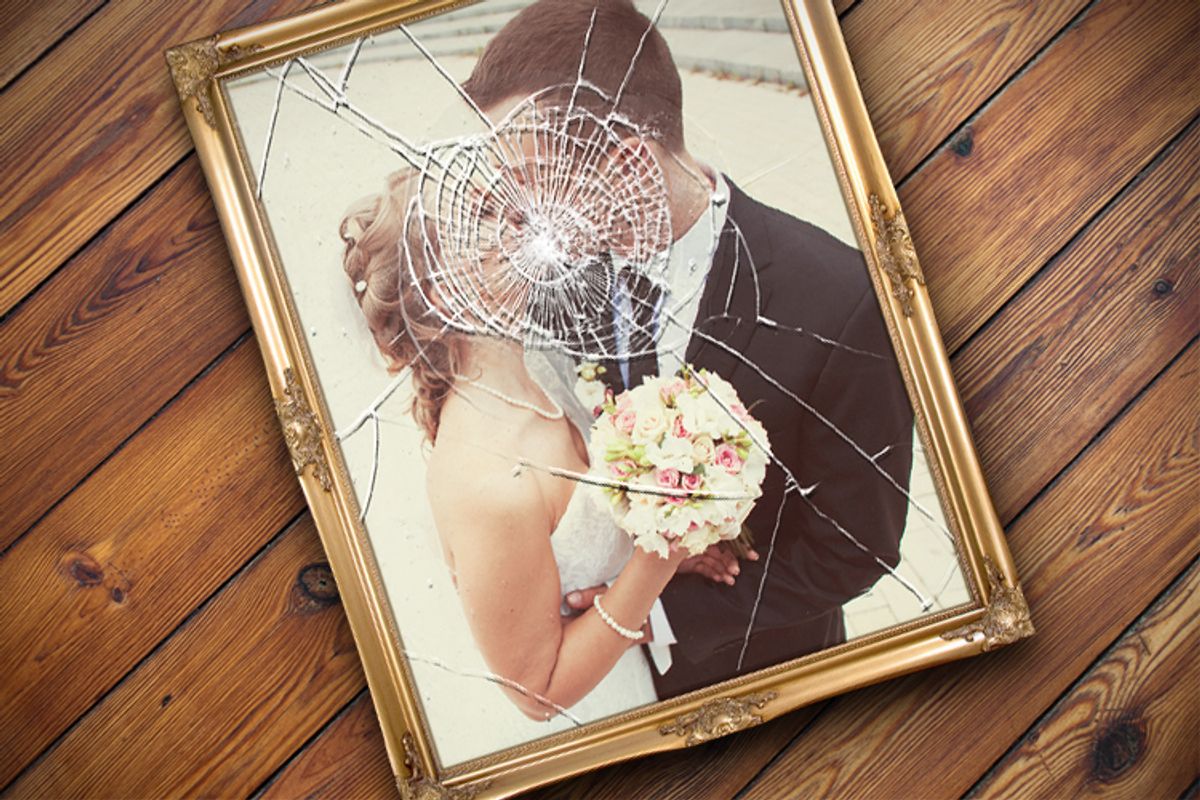 Planning on raping your spouse in Washington state? The consequences are about to get a lot tougher. Maybe. On Tuesday, lawmakers in the Evergreen State began considering House Bill 1108, which would remove the spousal exemption for third-degree rape and for "indecent liberties."

Washington already has partner rape provisions for first- and second-degree sexual assault – rape that includes violence, overt threat of violence, or is perpetrated on someone physically or mentally incapacitated. Yet the state's current legal system means that prosecutors have to pursue "lesser misdemeanor assault charges" in cases that would otherwise qualify as third-degree if the victim and assailant weren't married. Washington law defines third-degree rape as occurring when "that person engages in sexual intercourse, not married to the perpetrator … where the victim did not consent … to sexual intercourse and such lack of consent was clearly expressed by the victim's words or conduct." There you go. You can say no, clearly and explicitly, but if you're married and your assailant didn't slap you around, it's not rape.

A lot has changed in this country since South Dakota became the first state to remove the rape exception in 1975. Prior to that, a woman had almost no legal recourse if her husband sexually assaulted her. Since then, every state has amended the spousal exception laws – but some, like Washington, still carry provisions that can make it lesser crime. It's a serious and long-standing justice problem in the state – a Seattle Times story tells the story of Sarah, a woman whose husband repeatedly raped her over a decade of marriage, and who said law enforcement "lost interest when she told them her assailant was her then-estranged husband." The story ran in 1997.

The time may be especially ripe for a change in the law because Washington has been examining the issue of marriage more closely of late -- and casting off antiquated notions of what defines it. In December, same-sex unions became legal in the state. Updating the law on spousal rape doesn't just promise justice to women, and women in traditional hetero unions to boot – it offers protection to gay and lesbian couples as well. And when you consider that there are places in America where the phrase "abuse" is still not legally applicable to same-sex couples, that's a welcome and much needed potential modernization.

Hard statistics are difficult to come by, but it's estimated that a quarter of women and nearly 8 percent of men are raped or physically assaulted by a partner at some time — and that includes gays and lesbians. The Santa Fe Rape Crisis and Trauma Treatment Center estimates "one out of three lesbians has been sexually assaulted by another woman." Yet antiquated partner rape language often still assumes rape is something that happens "when the wife is unable to consent."

With more Washington state residents now enjoying the right to marry, it's only sane and right that the moment is likewise at hand for all married couples to have protection from sexual abuse. On Tuesday, the new bill's sponsor Rep. Roger Goodman stated, "There is no such thing as legitimate rape. We have to get rid of this marital rape exception and catch up with the rest of the country." It's a sentiment Sen. Pat Thibaudeau expressed 15 years ago, when she spoke of the need for change. Because while our definition of marriage is thankfully evolving, as Thibaudeau put it back then, "Rape is rape is rape."