The best and worst of Super Bowl 47

Blackouts! Beyoncé! And a different kind of wardrobe malfunction that made it a game to remember 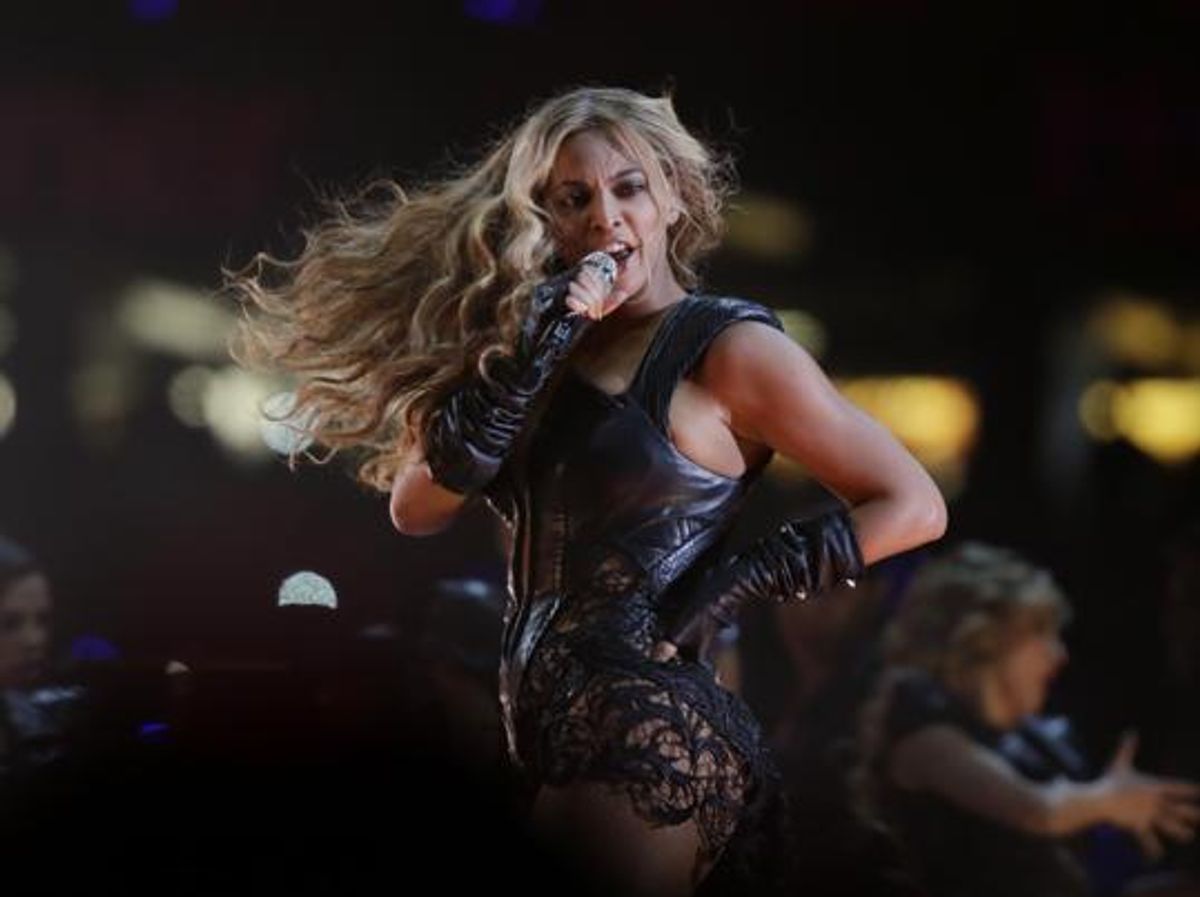 It had moments for the record books. Memorable ads. A scorching halftime show. An unexpected time out. And a wardrobe malfunction very different – yet infinitely more horrifying – than Janet Jackson's ever was. It was the 47th Super Bowl, and we put down our nachos long enough to rack up the best and worst of it.

It was so strange, so unexpected, you could feel the audience and announcers not quite registering what was happening at first. When a surge knocked out half the power at the Superdome minutes into the second half of the game – and moments after Jacoby Jones' crazy spectacular return -- it set off a frenzy of frantic ad-libbing from the booth, busywork stretching on the field, and jokey speculation on Twitter. Best response? Dave Weigel's post halftime show theorizing that the stadium was not, in fact, ready for this jelly.

Forget the game. Forget Beyoncé. Forget, even, that unprecedented, 34-minute-long outage that brought the game to a screeching interruption. Did you see that tie? His orange and green monstrosity was so troubling its ugliness is now widely believed to have caused the surge that wiped out half the power in the stadium, as the Superdome itself desperately attempted to extinguish it.

Revenge of the Nerds

Audi's "Prom" ad featured a reedy teen going solo to the big dance in his dad's car, stealing a kiss from the prom queen and happily earning himself a black eye. Hyundai's ad "Gather Your Team" told the tale of a bullied boy recruiting a posse to stand against the neighborhood troublemakers. GoDaddy had the impossibly hot Bar Refaeli so aggressively making out with a nebbish that there were slurping noises. We get it, guys. Being a dork is cool.

The "choose your ending" ad, already notorious on the intent before it even airs, featured a panoply of stereotypes in one spot. Arab-American groups called out its use of desert sheiks as "racist," while the hot showgirls were just dopey.

The VW spot featuring a bunch of viral video stars known for their tantrums gathering together in a sunlit field and following Jimmy Cliff's urging to "Get Happy" was a cute spin on Internet fame. But the teaser for it – starring a white bread dude from Minnesota talking in a honky pastiche of the reggae legend, was absurd. "That's the power of German engineering," the tag line went. Finally, a car with the power to make you JAMAICAN.

When asked about his team's victory, the perpetually God-invoking Lewis, who in an interview  earlier in the evening credited the Lord with exonerating him in a 2000 double murder, again trotted out the creator, saying, "When God is with you, who can be against you?" God: Apparently not a 49ers fan.

His stunning, 108-yard kick return – the longest in Super Bowl history – was a thing of breathtaking, jump-out-of-your-seat beauty in a heart-stopping game. And a close second? The demonstrable proof that he's, as writer Francis Lam observed, the "best dancer in the NFL."

The 49ers, after the blackout

They still didn't win, but they made the game a lot more exciting. The score was a demoralizing 28–6 coming back from the blackout. But during all that stretching time, the 49ers got their act a lot more together. They surged back with two touchdowns and a field goal in rapid succession, and kept the Ravens on their toes the rest of the game, with a final score of 34-31.

The public moment of musical patriotism is, typically, an exercise in "American Idol"-audition-style bombast. But the Sandy Hook Elementary School chorus singing "America the Beautiful" with Jennifer Hudson -- whose mother, brother and nephew were shot to death in 2008 -- was special not because we all know how horribly close to unfathomable tragedy those children have been. It was because of their unself-conscious, awkward smiles, proof of the possibility of joy after the darkest of disasters. Followed by Alicia Keys' beautifully restrained, soulful rendition of the "Star Spangled Banner," it was one of the most heartfelt and moving openings in Super Bowl history.

Doing what she does best, Mrs. Jay Z was so utterly ferocious, shimmying her hips in her skintight black getup that she set off a sparkler-throwing guitar and an orgy of flames. She spent the rest of the halftime show demanding YOU LOVE HER, America, inauguration lip-syncing debacle be damned. Her explosive set featured her defiantly live singing, a brief, bootylicious Destiny's Child reunion and plenty of shots of women in the audience going berserkers. Greatest moment: Beyoncé punctuating the chorus of "Halo" with rhythmic hair flipping. "Halo!" (Hair flip.) "Halo!" (Hair flip.) "HALO!" (Hair flip.) It was exhausting – and the best halftime since Prince's, in 2007.

The brawling library ad was amusing, but where the cookie really scored was in its tweet, minutes into the blackout that halted the game. "Power out? No problem," Oreo said, with a link to an image that reminded, "You can still dunk in the dark." BuzzFeed, almost as quick on the draw as Oreo, reported that the brand had its agency 360i at the ready in "a mission control" center to come up with on-the-fly branding. Coke laid out a fortune for its "Chase" spot, but in the end, Oreo's well-timed image was simple, effective, low-tech – and retweeted close to 13,000 times by the end of the game.

On the one hand, the tenor of the ads wasn't a full-on parade of grim misogyny as it has been in years past. There were Honda ads featuring women driving! There were shots of female fans in the audience cheering for the game! There were cute, funny ads like the Taco Bell "We Are Young" spot that didn't make you despair for the human species! But there was also still objectification aplenty -- Kia "Hotbots" anyone? How about undermining, laundry-doing wives? The nadir came during the much-hyped, hilariously misnamed "2 Broke Girls Spectacular," which consisted of turning the two stars into "Pour Some Sugar on Me" pole dancers. Just plain sad.