Everything you think you know about breakfast may be wrong 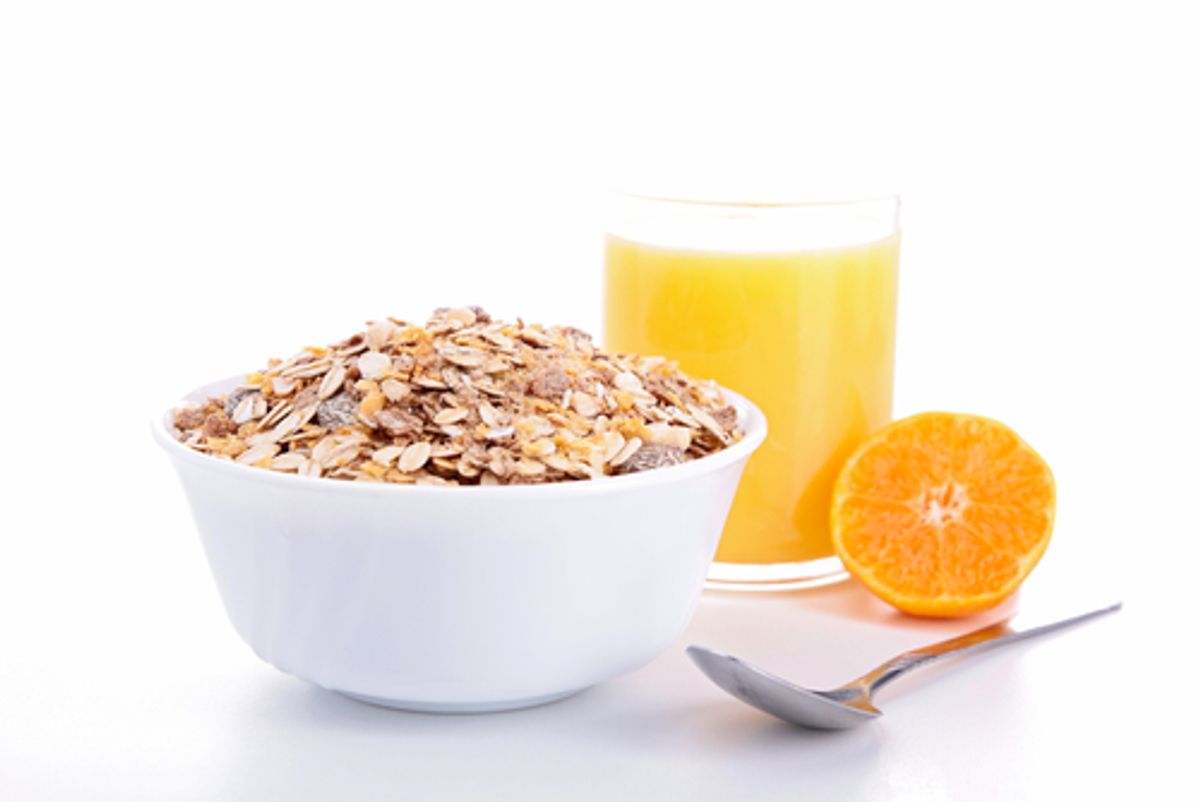 The institution of breakfast is rarely challenged. It ranks somewhere between sleep and oxygen in reputed health benefit, and supposedly supplies irreplaceable energy to get you going, primes your metabolic system, keeps your muscles healthy, feeds your brain, and generally prepares you for the day to come. But what if the age-old wisdom is an old wives tale? Recent studies suggest that at the very least, the benefits of breakfast are not so simple.

For our purposes, breakfast means a meal eaten soon after waking, before going about one's daily business. Thus, a 2 pm meal could be considered breakfast if you've just woken up, but not if you've been awake since 8 am.

On Jan. 18, Nutrition Journal presented a study that suggests people will eat the same size meals at lunch and dinner regardless of how much they ate for breakfast. This challenges the conventional wisdom that if you skip breakfast, you'll gorge later to make up for it.

The pro-breakfast camp had earlier found support in an October, 2012 study at the Imperial College of London, which compared brain scans and caloric intake of 21 people who either ate or skipped breakfast. As Medical News Today summarized the findings: "Skipping breakfast increased hunger, appeal of high-calorie foods and food intake at lunch."

Implicit in studies like these is the assumption that we want to eat fewer calories, which is understandable given how many people consume more calories then they burn-i.e., they're overweight. But regardless of the impact, or lack thereof, that breakfast may have on total daily caloric intake, there are other factors to consider regarding breakfast-like how hungry you are, and how a meal makes you feel first thing in the morning.

Another recent study looked at the differences between exercising on a full or empty stomach. In late January, the British Journal of Nutrition published a paper that suggests exercise before breakfast burns 20 percent more body fat than the same workout after breakfast. The study also determined that people who exercise before breakfast do not consume additional calories or experience increased appetite during the day.

Doctoral student Javier Gonzalez, part of the team, told Science Daily: "In order to lose body fat we need to use more fat than we consume. Exercise increases the total amount of energy we expend, and a greater proportion of this energy comes from existing fat if the exercise is performed after an overnight fast."

A recent study in the International Journal of Obesity, meanwhile, found that people who eat their first meal before 3 p.m. eat fewer total calories than folks who waited until afterward to break their fast. I'm not sure what that has to do with breakfast, but I guess if you were up until five eating tapas, that's about right. In any case, the researchers speculate that the relationship between the body's sleep and eating cycles could play a role in how hormones control what the body does with food in its digestive system.

Bodybuilder and blogger Martin Berkhan forced himself to eat breakfast for years, buying into the conventional wisdom that one must eat 5 to 8 times a day to preserve muscle mass. Nowadays doesn't break fast until mid-afternoon, following his daily weightlifting routine. Berkhan credits skipping breakfast for helping him not only reach his fat loss goals, but his muscle-building goals too. He calls working out on an empty stomach "Fasted Training," a practice he writes about in his blog, Leangains.

In a recent post called "Why Does Breakfast Make Me Hungry?" Berkhan wonders why different people react so differently to breakfast.

"For me and many others out there, skipping breakfast keeps hunger away far better than eating in the morning-paradoxically enough...Why is it that some people are better off not eating anything at all in the morning? How can you be better off with zero calories than hundreds of calories under these specific conditions?"

His heavily-cited hypothesis is based on a phenomena called the cortisol awakening response, in which levels of the hormone cortisol are elevated in the morning, to help you wake up. Cortisol increases blood sugar. How your body deals with that increased blood sugar, according to Berkhan, determines how well you do on breakfast.

I've tried skipping breakfast, and I've tried fasted training, and I might not ever go back. When exercising, I'm much better running on empty. My gastrointestinal system is not the well-oiled machine it once was, and when my belly is full of food it can get in the way of physical activity. For movement, an empty belly can be liberating.

Eating habits change over a lifetime. There's a big difference between when you're young, growing, and basically hungry all the time, and when you hit the fattening 40s, like I recently have. It would be easy to keep eating like I used to, out of habit and momentum, but if I listen to my gut, I'm less hungry than I used to be, especially in the morning.

It took me a while to break through the headwind of breakfast cheerleaders, and the idea that by skipping breakfast I might as well be playing Russian roulette for a living. But I feel great, don't miss breakfast, and the paunch has waned. Hopefully more pieces of the breakfast puzzle will soon be unpacked, and we can move beyond simple dogma. What you eat and how much, and when you sleep, eat, and exercise all play roles how your food is digested.

Wading through all of the emerging data can be confusing, but your gut is the final arbiter, so listen to it. I'm going to continue skipping breakfast because morning is the one time of day that my belly is completely at peace. No bloating, gurgling, burping, heart-burned and aching addiction to breakfast. I'm not eating until I'm hungry.