We shall no longer be "Enlightened"

Mike White's unique, wonderful HBO series lived a good life, even if it was too short 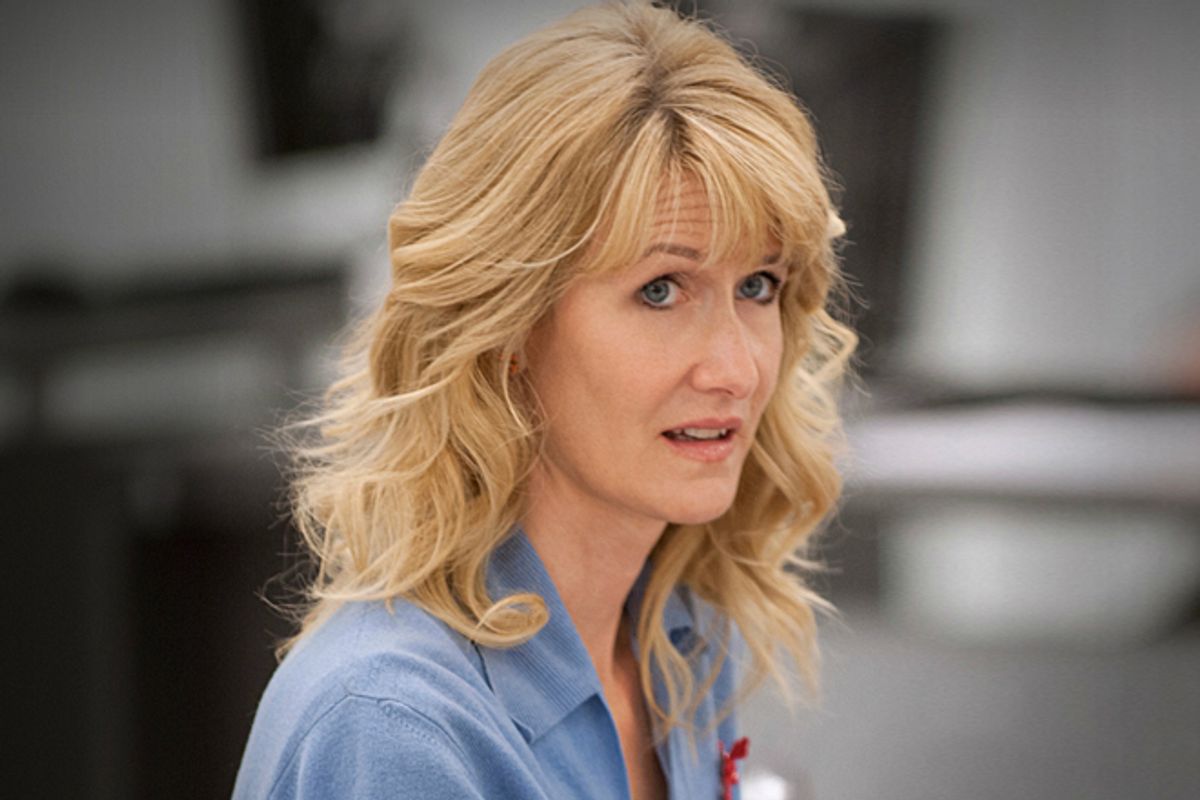 HBO canceled Mike White’s “Enlightened” last night, opting not to pick up the show and Laura Dern's indelible Amy Jellicoe for a third season. Despite being singular and truly great — lyrical, searching, tough, thematically and tonally not like anything else on TV — the show never attracted much of an audience, a figure that HBO doesn’t always care about, but sometimes does. A little over 200,000 people watched each episode of “Enlightened.” For those of us who spend time in certain pop-culture-minded corners of the Internet, reading about TV, it seemed that despite this very paltry number, “Enlightened” was gaining momentum. Certainly Mike White was doing everything he could to make a third season happen. (Hope White’s doing OK. His interviews hustling for a show pickup were full of sweetness and so, so much anxiety: "I'm afraid this will be the best thing I ever do. I think it will be. That it might be over is sad.”) But it wasn’t enough.

Show cancellations, like show plausibility, are a very personal thing: Some gut you or make you insanely angry, while leaving others totally sanguine. (There is something particularly satisfying about imagining Amy Jellicoe reacting — i.e., going nuts — to this news.) I will admit to feeling relatively sanguine about “Enlightened’s” cancellation, and not just because I'm storing up my sobs of outrage in the event “Bunheads” isn't renewed. (I contain enough sobs of outrage for all wronged TV programs!) I'm feeling a disappointed calm because I know that nearly every show that gets to the point where people are rallying to save it, however futilely, is already at the point where enough of it exists to last.

Right now is the painful, unfair moment. What would have been in "Enlightened" season 3? Why would Mike White and Laura Dern, doing this great work, be denied the chance to continue? But in a little while, a few weeks, a few months, we will still have "Enlightened’s" two seasons — with an emotionally complete ending even — to watch and admire and appreciate, to sit alongside "My So-Called Life" and "Freaks & Geeks" and "Arrested Development" and "Veronica Mars" and myriad other shows that, yes, got canceled sooner than we would like, but not too soon to have a lasting impact. (Dayenu, etc.) These days, great shows never really die, even if they don't keep living (or don't find a new life on Kickstarter): Amy Jellicoe and "Enlightened" will be with us for a long time yet.