The ultimate cancer taboo: Sometimes it kills you

We keep talking about battles, warriors, miracles and hope. Meanwhile, those with metastatic cancers are ignored 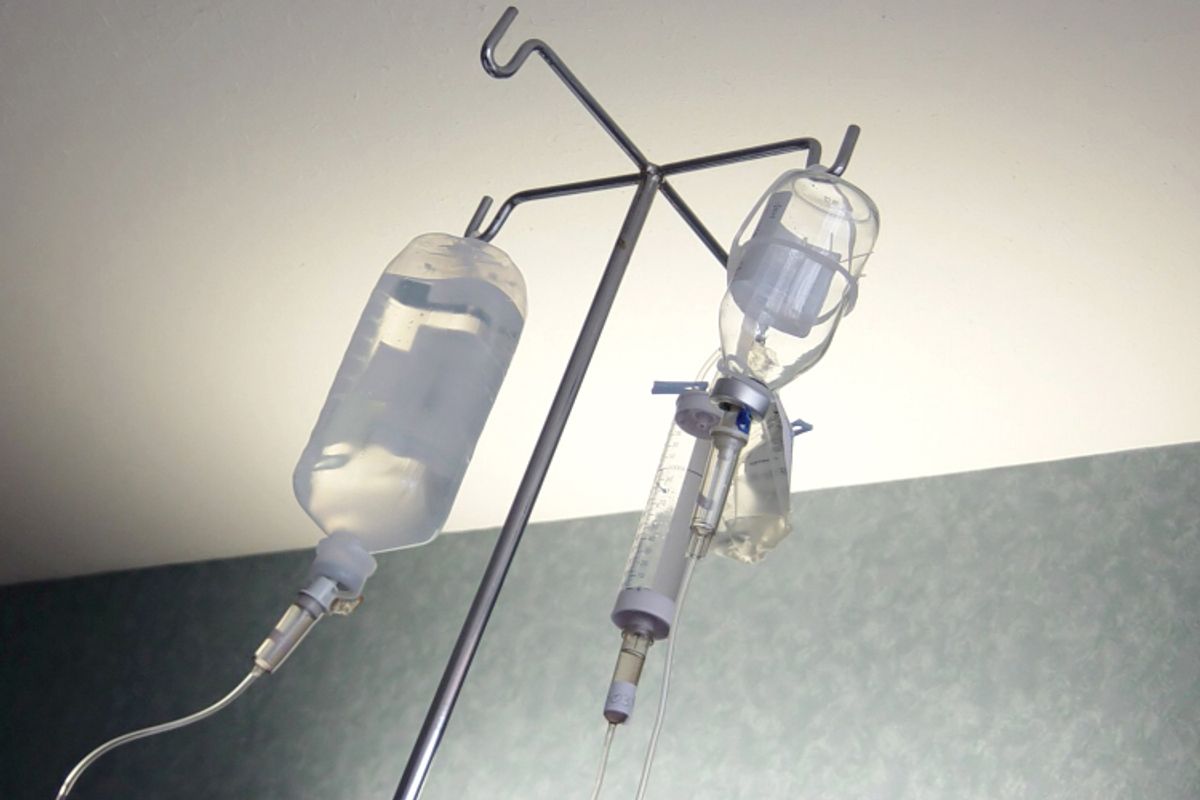 Contemporary cancer gets couched in the language of cheerleaders. Even a generation ago, the mere word "cancer" seemed a certain death sentence; today, in contrast, it's an opportunity to talk about battles and fights and hope. It's something to be bravely dealt with – having cancer automatically designates a person a "warrior." The disease is then referred to only at occasional "awareness" opportunities, preferably with a tasteful ribbon.

But people with metastatic cancer don't follow the tidy, cheerful narrative. They don't necessarily fit the inspirational survivor mold. And so they're ignored.

In the middle of her righteous New York Times Magazine story on breast cancer this past weekend, writer Peggy Orenstein dropped the bombshell statistic that "only an estimated 0.5 percent of all National Cancer Institute grants since 1972 focus on metastasis." As University of Kansas Cancer Center chairman Danny Welch explained to her, "A lot of people are under the notion that metastatic work is a waste of time." Orenstein went on to reveal that last year, for the first time in its history, the Komen Foundation featured a woman with Stage 4 cancer in its ads. And the author herself described meeting a different woman with metastatic breast cancer by admitting, "It isn't easy to face someone with metastatic disease," calling the woman's condition her own "worst fear."

Coincidentally, Orenstein's story arrived at the same time as a post by writer Kira Goldenberg about photographer Angelo Merendino's moving and much-buzzed-about chronicle of his wife's journey through cancer and death, called "The Battle We Didn't Choose." As Goldenberg writes, last summer, the Gathering Place (a cancer support center in Cleveland) mounted an exhibition of Merendino's pictures. Six days later, it removed it, saying, "Some of our volunteers (many of whom are cancer survivors) and our participants found it very difficult and emotionally upsetting to see the exhibition." The Gathering Place then vowed to "continue to fulfill our mission of supporting, educating and empowering those individuals and families touched by cancer." Except those who might get really sick and die and their families – sacrificed at the expense of those who are bummed out at the thought of someone getting sick and dying, I suppose.

I have spent the past several days utterly haunted by both stories. I have lived with metastatic, Stage 4 melanoma -- a condition that kills, on average, within between six and 10 months. And I know that when you're in it, there are days when you feel a lot like a death row con – only not as popular. You make people uncomfortable, walking around with your mortality all in their faces. As a member of a Stage 4 support group heartbreakingly said in 2012's "Pink Ribbons Inc.," "You’re the angel of death. You're the elephant in the room."

Yet the truth is that the fate of people with metastatic cancer is the same as everybody else's – to go on living until life ends. For a very fortunate but growing population of us, even advanced disease can be controlled and even eradicated. Being made to feel like dead men walking – not just by our social circle, but by the members of the cancer community itself -- isn't just hurtful, it's inaccurate. So you might want to work on that, NCI and Komen. And a metastatic diagnosis doesn't necessarily mean you all can start writing a person's eulogy, well-meaning vulture friends. It sure as hell doesn't give you leave to start acting like she's already left the planet.

Conversely, advanced cancer isn't an opportunity to bust out the pep talk. For many, metastatic cancer may indeed mean a home stretch, one of unknown length. On her blog about living with metastatic breast cancer, Lisa Bonchek Adams has been writing lately with particularly sharp insight, ever since her tumor markers rose in April. "I don’t need to be told to fight the good fight to beat it or the key is to just stay strong or that it’s mind over matter," she says. "You force me to assert my knowledge, insist upon my diagnosis, explain the desperate nature of my disease, spend my time defending my sentence." So if you've ever considered whipping out the talk about miracles or just keeping a positive attitude or some other unhelpful tack in a transparent attempt to keep your own terror of death at bay, that's actually a pretty crappy thing to lay on a person with a serious disease. Please don't do that.

My second child arrived two weeks past her due date, far more to the consternation of my neighbors than anybody else. I'll never forget the day I found myself waddling down the street and a fellow mother looked at me and exclaimed, aghast, "Oh my God, you're still here?" That's kind of what having Stage 4 cancer is like.

On Wednesday evening, I gave a talk to a group of healthcare professionals about clinical trials, knowing that on Thursday morning I would be back at Sloan-Kettering for my latest series of tests, and with those tests, the hope that I don't have to return to the scary and isolating land of metastatic cancer. There is not a single day that goes by that I don't think about that place. I think about the doctors who believed I was still treatable, and about the members of my support group who were open and present when I talked about death and acceptance too. How important they both were. And every day, I think about what I told that woman who long ago was so unnerved to see me so pregnant, and how well it applies to all of us who've experienced metastatic cancer or live with it right now. Yes, as a matter of fact, I am, I'd said. I'm still right here.