Why did Komen for the Cure give Nancy Brinker a 64 percent raise? 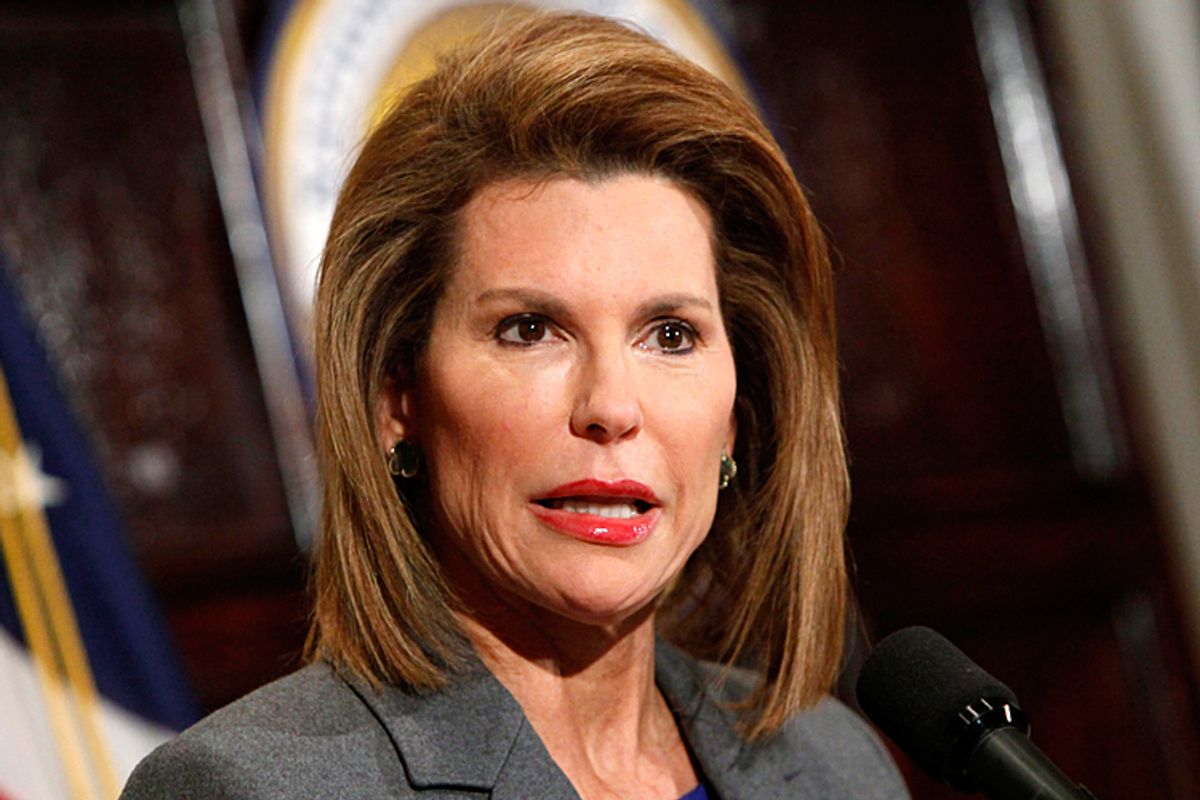 Last year may have been a very bad year for the Susan G. Komen Foundation, but it still was a very good year for its CEO, Nancy Brinker. Extravagantly good.

In 2012, the breast cancer organization ignited a firestorm by announcing it was pulling its funding for breast cancer screenings and services for Planned Parenthood -- and then had to hastily and ineptly apologize, then backpedal. It watched as its conspicuously conservative vice president for public policy Karen Handel resigned in the wake of the scandal. It saw registrations for its events decline in Maryland, in Texas and all over the damn place. It squirmed at increasing questions over why an organization that features the words "the cure" so heavily in its promotion, that boasts how its "research investment has changed the breast cancer landscape," devotes a minuscule and declining portion of its dollars to actually finding one.

Turns out that in 2011, it spent just 15 percent of its donations on research -- nearly half of what it did just a few years prior. And, significantly, its founder, Nancy Brinker, the woman whose vow to the sister she lost to cancer has served as the organization's poignant, relatable narrative, stepped down as its CEO. In August, Brinker announced she was taking on a new role, as chairwoman of the executive committee. (She is, however, still listed as its CEO and founder on the Komen site. Komen says it's still looking for her replacement.) In short, the whole series of fiascoes was so appalling that Deanna Zandt, author of "Share This! How You Will Change the World With Social Networking," called the Komen fiasco a teachable "example of what not to do."

Yet after more than a year of bad publicity and declining participation, Brinker herself seems to be doing just fine. As Cheryl Hall pointed out this weekend in the Dallas Morning News, Brinker made "$684,717 in fiscal 2012, a 64 percent jump from her $417,000 salary from April 2010 to March 2011." That's a whole lot of green for all that pink. Hall notes that's about twice what the organization's chief financial officer, Mark Nadolny, or former president Liz Thompson were making. And as Peggy Orenstein points out on her blog Monday, it's considerably more than the average nonprofit CEO salary of $132,739.

Of course, rewarding CEOs even as they're bombing out is a way of life in America. Brinker's salary looks like small potatoes next to, say, the more than, $13 million Hewlett-Packard gave Léo Apotheker just to leave. And Komen told Jim Mitchell at the Dallas Morning News that those figures for Brinker reflect a 2010 salary increase, and that they're "misleading because of differences between Komen's fiscal year and the IRS' calendar year." Good to bear in mind, but still -- that's a stunning raise to give a person, especially within an organization that has faced scrutiny for its dubious choices in the name of women's health for some years now.

The difference, more important, is that nobody's doing any empowering fun runs for HP. Nobody's honoring the memory of a mother taken away too soon, or struggling through the difficult waters of disease, in the name of, say, Citibank. Komen relies on the trust and faith of its members, members who have an intimate relationship with all the vulnerability that cancer provides. And with these latest revelations, it will be up to those members to decide exactly how they feel about what the money they're raising for "the cure" is really paying for. One doubts they'll be too pleased or too quiet about it.

Last year, Brinker said, "We are doing everything in our power to ensure that women have access to quality cancer care and the support that they need." It's a worthy, necessary goal. Yet even after so much disaster, it seems the woman who's benefited most from Komen's charity is still Nancy Brinker herself.