Should owner of killer dogs be charged with murder?

A Los Angeles man is charged after his pit bulls kill a woman, in a case which could redefine pet responsibility 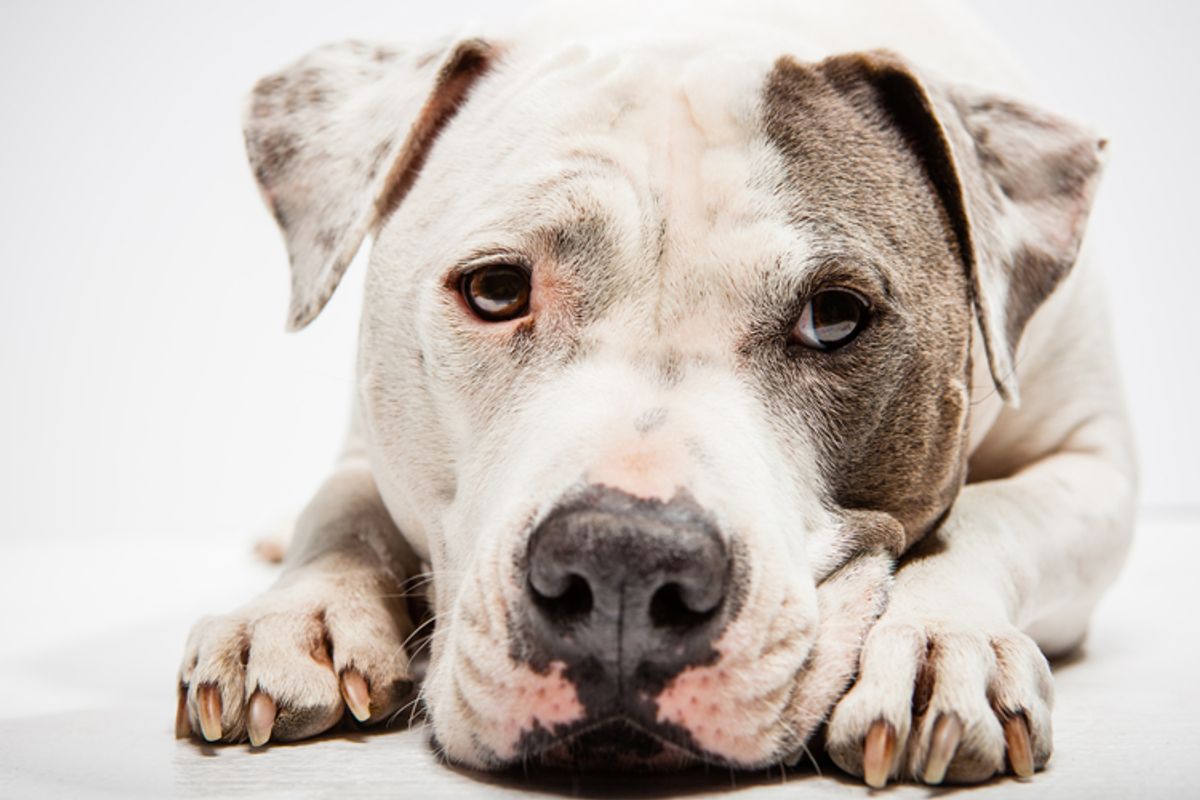 Alex Jackson is currently charged with murder in connection with the death of a 63-year-old Los Angeles-area woman earlier this month. At the time, the coroner reported that the victim died with "150 to 200 puncture wounds and sharp force trauma across her body."

Maria Devitt was attacked by the dogs on a small road in Littlerock, Calif., on May 9. The following day, the 29-year-old Jackson was arrested after Los Angeles County Sheriff's deputies found the dogs in his home, and with blood on their fur and muzzles. (Jackson owns two other pit bulls, as well as two mixed-breed dogs.) Subsequent DNA tests matched the blood on the dogs to Devitt.

If the notion of charging a person with murder for something his animals did seems unorthodox, it's because it is. As Reuters reports, it's "an unusual instance of prosecutors charging a dog owner with murder in a fatal mauling, especially when the owner may not have been present for the attack."

Last month, when a Georgia toddler was killed by the family's mixed-breed American Staffordshire terrier, police told reporters, "We're not looking to charge anyone, but we have to investigate every crime, especially the death of a 2-year-old." And in March, after a 14-year-old British girl was mauled to death by two Staffordshire bull terriers and two bull mastiffs, police declined to prosecute the owner "because the attack happened on private property and did not involve illegal breeds."

But there is precedent for serious criminal charges in dog-related fatalities. In 2001, a San Francisco woman named Diane Whipple was killed by two Perro de Presa Canarios in her apartment building's hallway. The dogs' owners, Marjorie Knoller and Robert Noel, were eventually found guilty of involuntary manslaughter -- and the courts also found Knoller guilty of second-degree murder. At Knoller's sentencing, deputy district attorney Allison Macbeth called the animals "loaded assault weapons" and noted her apparently cavalier attitude toward restraining them. It was California's first murder conviction for a mauling. Officials said Thursday this was this first known case of a murder charge of this type in Los Angeles.

Like the Whipple case, what makes Devitt's death potentially more than a simple case of involuntary manslaughter is the apparent disregard for the human victim involved. Criminal law professor Stan Goldman told Reuters Thursday, "In order to rise to the level of murder you have to show that the dog owner knew of the great danger they were creating, and that's the tough part." But deputy district attorney Samantha MacDonald told the L.A. Times this week that this year alone, authorities have received at least three other reports of Jackson's dogs attacking people. And district attorney's office spokeswoman Jane Robison declared, "We believe there was evidence that he was aware the dogs were vicious and they have attacked before and he knew of the danger they posed." Jackson, who is being held on $1,050,000 bail and also faces separate charges on marijuana cultivation and other drug-related offenses, could receive up to life in prison if convicted.

Making a charge of murder stick – especially in a case where the defendant is not accused of deliberately setting his dogs on the victim – may ultimately prove very difficult for the DA's office. But it sets the precedent of letting dog owners know that the consequences of their own behavior, and the way they treat their animals, are serious. Though none of the estimated 34 dog-related deaths last year resulted in murder charges, six of them ultimately involved criminal prosecutions. That's an especially important message to make clear, especially considering that a National Canine Research Council Report found that almost a quarter of the dogs involved in human deaths had been abused and neglected. And it puts the onus of accountability where it almost always should be – on the owner.