The fat-shaming of school "FitnessGrams"

If schools want healthy kids, how about letting them have more physical activity instead of incessant test prep? 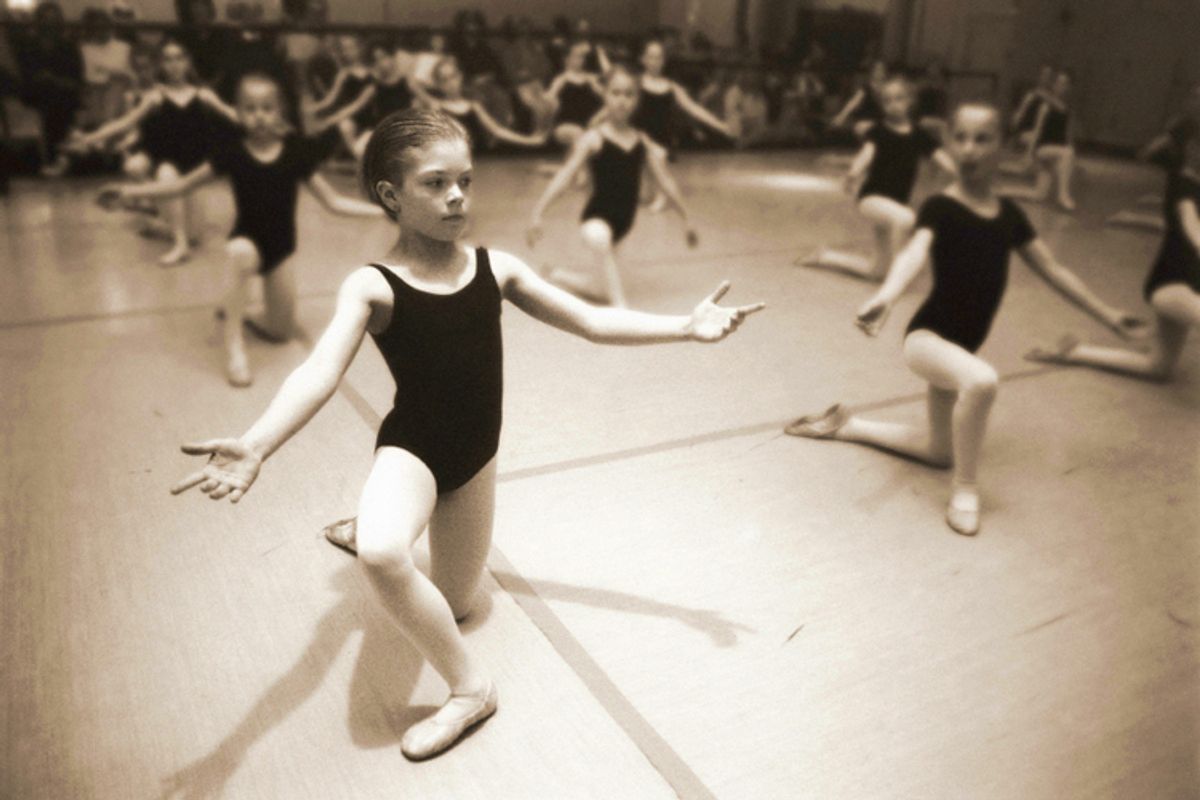 Here's a brilliant idea. Let's send out official letters to kids all across the country, telling them what's wrong with their bodies. That won't mess with their heads, right?

What's that, you say? That sounds like a crap idea? Well, too late, folks. They're already in your offspring's hands. This year, children across the country received – often with little discussion or explanation — a cheerfully named FitnessGram telling them the results of a physical fitness assessment test, including a judgment of whether "You have a healthy weight," or you're "underweight," "overweight" or "obese." Surprise, middle-schoolers! Here's a little something else to make your life just that much more awesome.

The current test affects roughly 65,000 public schools in at least 19 states. In New York City alone, over 850,000 students get a FitnessGram every year. My family is lucky – at my seventh-grade daughter's progressive, stick-it-to-the-man school, their teacher recently told the students point-blank the scores were dumb and to feel free to rip them up. And many of the students – at least to outside appearances – dutifully proceeded to simply shrug off the paperwork. "A lot of them laughed," my daughter told me later, "but a few of them were upset, saying, 'It says I'm faaaaaat.'"

But my daughter has a close friend at Ballet Tech. How do you think those numbers are received at a school where all the kids are dancers? The girl's mother told me that she'd regarded the scores warily. "I worry about these kids and anorexia and bulimia," she said, adding there's a flip side to the assessments too, for her daughter's waifish classmates. "At this age, a lot of them are waiting for breasts and butts. They know they're tiny. But this doesn't make them feel better about themselves."

What's most alarming about sending kids a notice about their size is that it doesn't begin to take into account what's going on in their minds. Has anybody involved in how these FitnessGrams are written and distributed actually talked to a tween or an adolescent? Ever? What happens to the lanky boy who now feels he's officially been declared too small? When we live in a culture in which reaching the lowest possible digit on a scale is deemed an achievement, what becomes of the young girl who feels the first strange stirrings of an odd pride about being "underweight"? What about all the kids, in schools across the country, coming home with a designation of overweight or obese, kids whose image-conscious parents can't parlay the news into a Vogue feature and a lucrative book deal?

And results based on data tabulated somewhere else can't begin to reflect what even a cursory visual assessment of the children themselves could. I was stunned when my daughter told me that a tall, athletic female friend of hers had been declared "obese," and that her height had been clearly measured well off the mark. In talking to other parents, it quickly became apparent that plenty of kids whose pediatricians had pronounced them within a normal range at their last annual visits had suddenly been deemed "overweight" by their schools.

Even if a child is "overweight" in terms of BMI, that doesn't necessarily mean anything, since the BMI assessment is notoriously flawed. And as Kate Harding beautifully pointed out a few years back, you'd probably be surprised what constitutes outside the range of normal. Not only that, but as a recent Chicago Tribune story points out, "About half of children whose BMI labels them as overweight (but not obese) are healthy and have no increased risk of diabetes or other conditions." In other words, guess what? You can be "overweight" and "healthy" at the same time! Fancy that!

There's no doubt that we are in the throes of a serious public health crisis, and that our kids are going to bear the worst of it. It's estimated that one-third of our kids are overweight or obese. Believe me, I am all for fitness, healthy eating and helping kids avoid futures marked by diabetes, heart disease, stroke and appearing on the People of Walmart blog.

But how about working on solutions rather than simply tossing out numbers at kids and their families with a NO DUH note on the bottom that says "Participating in daily physical activity and eating more fruits and vegetables are two of the best things you can do for yourself?"  It's easy to churn out a letter that says, in essence, "You're not a 'healthy' size, kid." Revamping a pizza- and nuggets-centric school lunch system that serves the interests of corporations like ConAgra is harder. And letting kids have more physical activity and recess instead of incessant test prep is contrary to the Race to the Top rah rah plan.

In some places, there's a movement to stop the madness. Earlier this year, Massachusetts – where boys on their school wrestling teams are labeled "obese" — moved to do away with its "fat letters" system. And it's worth mentioning that the Eating Disorders Coalition says that the student BMI reporting as it stands now "puts people at risk for the development of eating disorders" as well as bullying and teasing, while a 2009 Pediatrics report found that "few studies exist that assess the utility of these programs in preventing increases in obesity or the effects these programs may have on weight-related knowledge, attitudes, and behaviors of youth and their families." Like well-meaning but ultimately super-boneheaded public awareness programs that stigmatize kids for their weight, the "fat letters" don't do anything to address the issue of making this a healthier country for our children. Instead, like so much of testing, they just provide them with the beginning of their understanding that their value as individuals can boil down to a number.