Agency deporting immigrants is running at almost full speed. The one reviewing appeals? Not so much 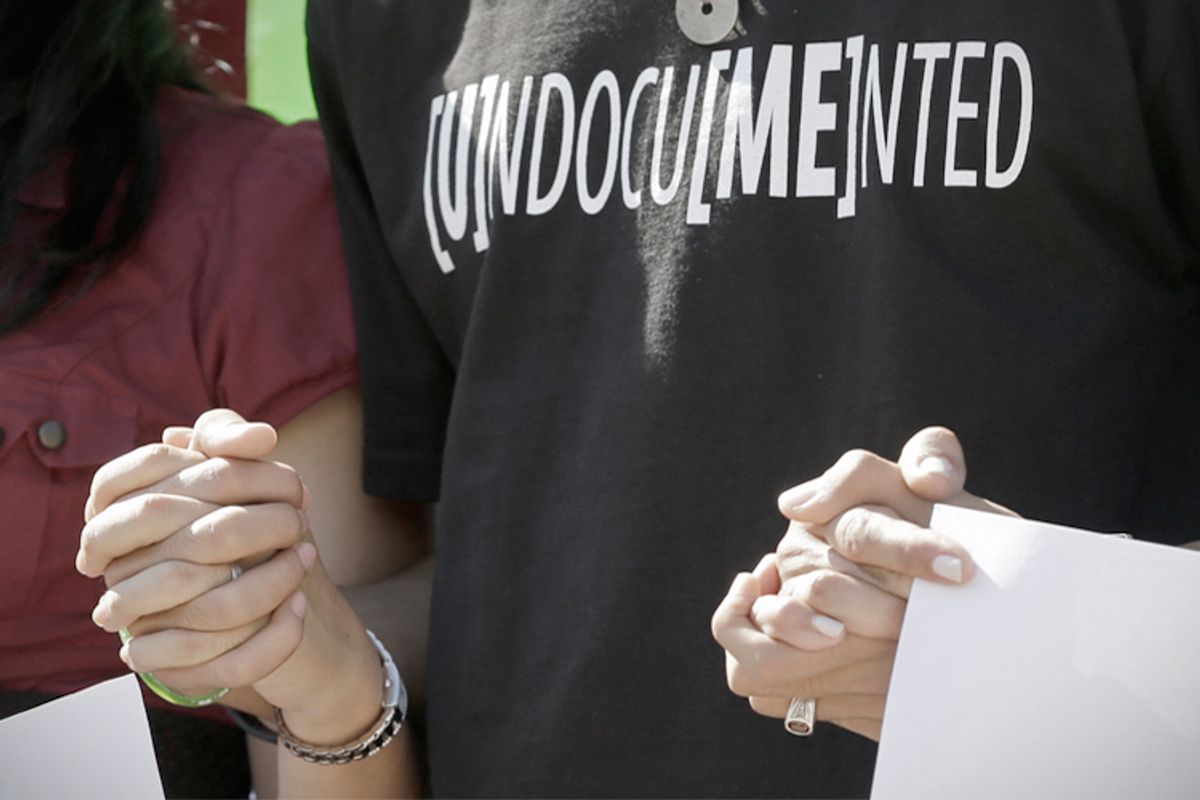 While the government shutdown threatens to cut off Head Start and nutritional support for kids, it won’t stop the U.S. government from deporting people. But advocates warn it will mean longer stays in miserable detention conditions for immigrants awaiting their day in court.

“Why are we continuing deportations?” asked Silky Shah, communications director for Detention Watch Network, a coalition of dozens of organizations including the American Immigration Lawyers Association and the ACLU. “It’s not just that it’s financially wasteful – it’s wasting people’s lives who are just languishing in detention.”

Immigration and Customs Enforcement, an agency within the Department of Homeland Security, did not respond to a Thursday inquiry. A Sept. 27 DHS memo estimated that about 80 percent of ICE employees would continue working through a “federal funding hiatus,” because they were “Presidential appointees, law enforcement officers, funded by other than annual appropriations, or necessary for the protection of life and property.” (Meanwhile, U.S. Customs and Immigration Services is expected to maintain nearly full staffing because its services are funded by fees.)

In contrast, a Sept. 30 Department of Justice memo estimated that only 30 percent of employees in the Executive Office for Immigration Review would stay on the job during a shutdown. The memo stated that the duties of those still working would include “process all immigration cases and appeals involving detained aliens, including criminal aliens …” Still, said Shah, “I can’t imagine that it would happen at the same pace.” As of August 2013, a Syracuse University database found an average waiting time for immigration court hearings of 556 days.

Shah said Thursday that spending more time in detention is no small price to pay. Shah called conditions in detention facilities “awful,” noting the absence of many legal protections afforded to defendants in the criminal justice system and citing alleged abuses ranging from a detainee who “asked for a band-aid and never got one,” to a facility whose “only answer to any medical ailment is to give you Ibuprofen.” Shah added that “the whole experience of being in detention is an experience of lack of dignity.”

Amid the shutdown, House Democrats yesterday introduced a comprehensive immigration reform bill; the Senate passed its own bill in June. Citing the prospects for reform, and the Obama administration’s record-high deportations to date, immigration and labor groups have called on the president to suspend deportations while pushing for a new federal immigration law. Obama has argued he can’t do that because he’s “not a king.” Advocates note the president made a similar argument about deferred action for “dreamers,” before implementing the policy following activist pressure. Shah called the president’s stance “sort of a cop-out.”

Speaking to reporters last month, AFL-CIO president Richard Trumka compared the continuation of deportations while Congress mulls immigration reform to casualties in the final days of World War I, “between the signing of the armistice and the time that it actually took place.” Roberto Lovato, co-founder of the online Latino advocacy group Presente, told Salon Thursday that the varying content of a week of pro-reform actions slated to start on Saturday will reflect a divide among organizations about whether to call out not just GOP intransigence, but President Obama’s “disrespect in separating and destroying thousands of immigrant families.”

As I’ve reported, an analysis released last week, based on ICE data on immigrants with criminal convictions whom the agency has asked local law enforcement to detain, suggested that those with convictions for possessing under an ounce of pot were more likely to be subject to such requests than those convicted of rape.