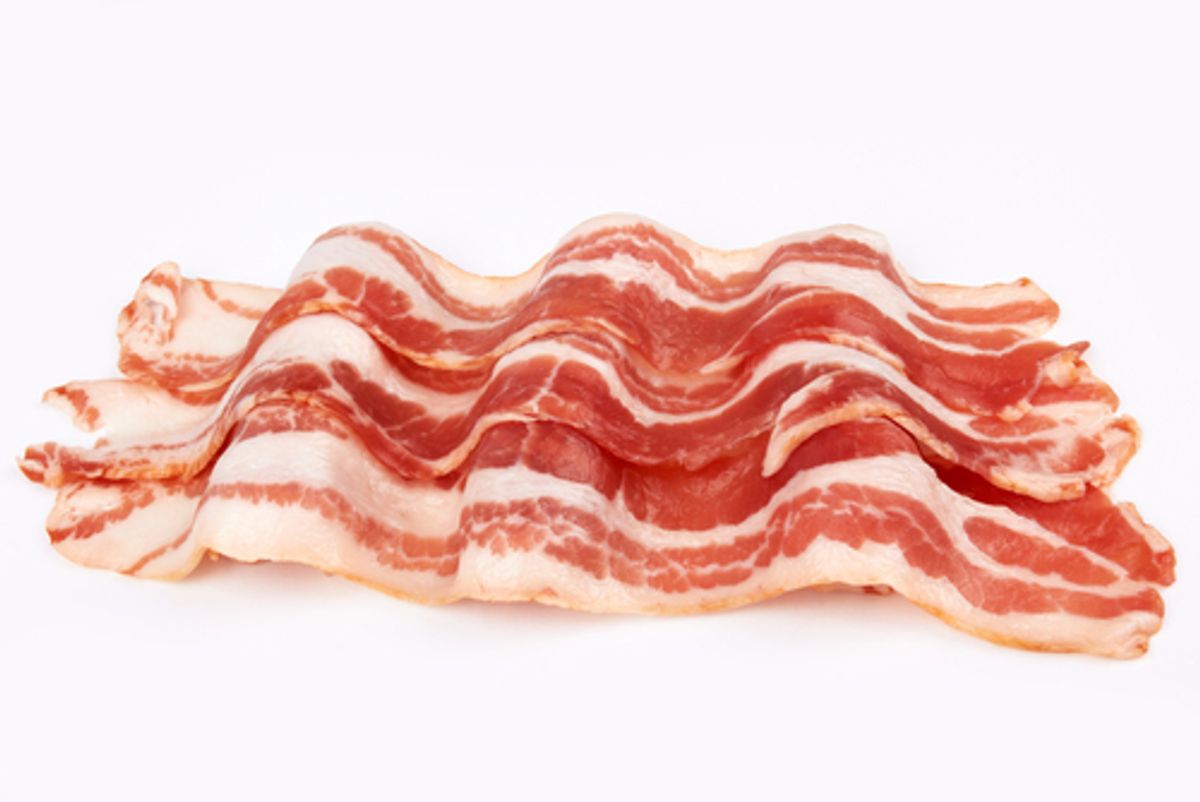 The measure of a man's sperm may be determined by any number of factors. But according to new research presented at the annual meeting of the American Society for Reproductive Medicine, a general rule may be that bacon is bad, fish is good and exercise is good...unless it takes place on a bicycle seat. Caffeine and alcohol, meanwhile, have no apparent effect on fertility.

On a list that starts with seafood and moves up the list to poultry, white meat, dark meat and finally, processed meat, researchers at Harvard University found that men who ate more than half a portion of bacon each day had significantly lower levels of "normal"-shaped sperm than those who ate less. Fish was associated with the opposite effect: the most normal sperm belonged to the men who ate the most white-meat fish, like cod and halibut.

The study was a small one, and didn't account for sperm count or motility -- two other factors that affect fertility. But since we already know that processed meat is bad for us in plenty of other ways -- it's linked to heart disease, cancer and "early death" -- the findings provide yet another reason why all men, but especially those who are hoping to become parents, might want to cut down on the bacon.

In another finding that seems pretty commonsensical, men who engaged in "moderate to vigorous" exercise seven hours per week had sperm concentrations 48 percent higher than men who were only active for an hour or less. The effect varied by type of exercise: weightlifting, according to the researchers, was best, while for whatever reason, jogging didn't appear to do much. Bike riding, on the other hand, was associated with a 30 percent drop in sperm quality -- the researchers said the pressure and high temperatures caused by bike seats might have something to do with that.

A third study, also out of Harvard, found that alcohol and caffeine don't have any discernible effect on sperm quality, contradicting beliefs that both may harm fertility. And a larger study out of France confirmed that coffee drinkers didn't have sperm that was in any way deficient.

The studies have yet to be published in a peer-reviewed journal, so anyone who chooses to ignore their findings are perfectly justified in doing so. Just don't say you weren't warned.