According to the World Health Organization, the U.S. lags far behind Canada, Australia and swaths of Western Europe 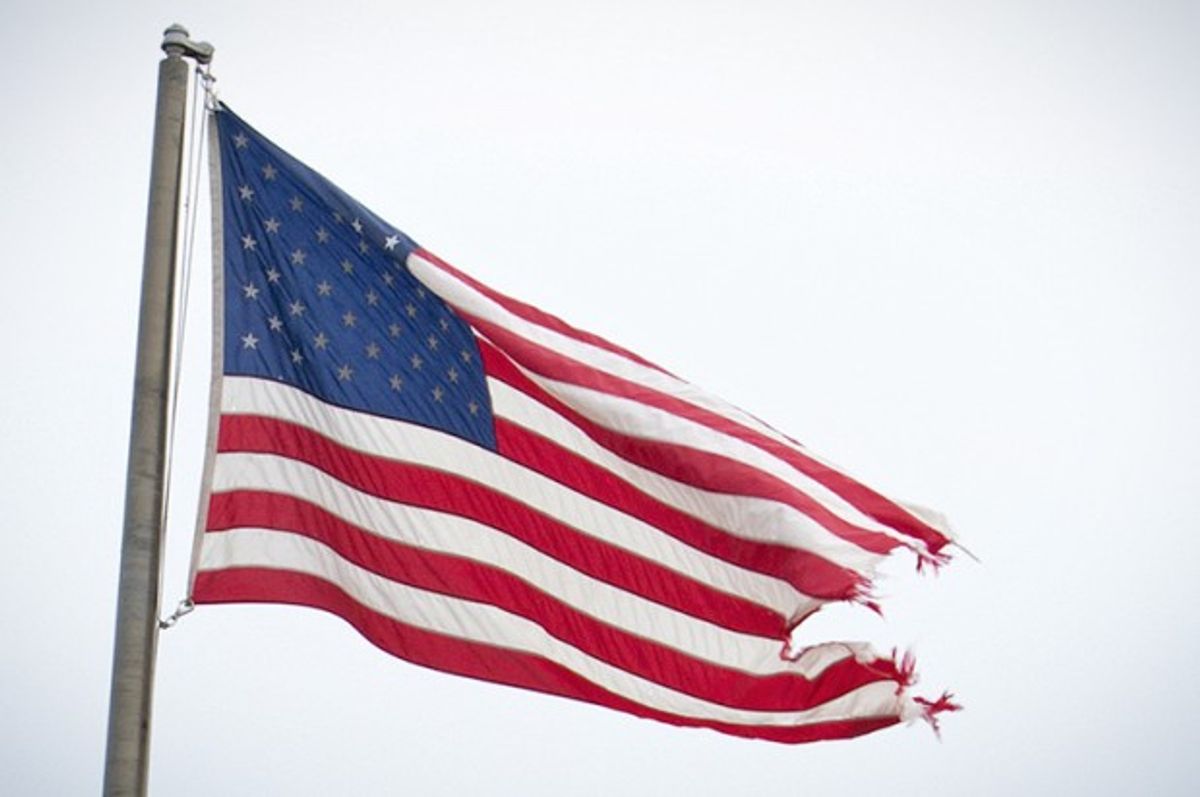 The Affordable Care Act is merely a small step in the direction of universal healthcare. One need only look at the data on life expectancy among Americans to realize how badly health care reform is needed in the United States. People in much of Europe are, on the whole, outliving residents of the U.S., which in some places, is looking more and more like a Third World country when it comes to life expectancy.

There is a considerable amount of data on life expectancy among Americans, much of it disturbing.  According to the World Health Organization, the U.S. lags behind a long list of countries when it comes to overall life expectancy. WHO has reported that the U.S., factoring in both genders, has an overall life expectancy of 79 (76 for males, 81 for females) compared to 83 in Japan and Switzerland, 82 in France, Iceland, Spain, Italy, Australia, Canada, Israel, Luxembourg, Singapore and Sweden, 81 in Germany, the Netherlands, Austria, New Zealand, Finland, South Korea, the Republic of Ireland and Norway, and 80 in Belgium, Slovenia, the U.K., Malta, Kuwait and Portugal.

Those WHO figures for the U.S. take into account the country as a whole, and overall, Americans clearly aren’t living as long as Europeans. But the news becomes even more troubling when one examines a report that the Institute of Health Metrics and Evaluation at the University of Washington released in July 2013. That study broke down life expectancy for men and women in different parts of the U.S., showing a strong correlation between income levels and longevity. The report found that life expectancy is 81.6 for males and 84.5 for females in Fairfax County, Virginia (a very affluent area) and 81.4 for males and 85.0 for females in Marin County, California (another upscale area) compared to only 63.9 for males and 72.9 for females in McDowell County, West Virginia or 66.7 for males and 73.3 for females in Tunica County, Mississippi.

Although women, as a rule, are outliving men in many parts of the world, a report that was conducted by researchers David Kendig and Erika Cheng for the University of Wisconsin and released in March 2013 showed that life expectancy is decreasing among women in about 43% of the counties in the U.S.—and many of those counties are in Southern states (Kendig and Cheng’s findings were published in the journal Health Affairs). Then, in July 2013, a report from University of Wisconsin researcher Chris Murray found that between 1985-2010, female life expectancy had decreased or stagnated in 45% of U.S. counties.

In Florida, the counties that were highlighted in blue were Democrat-leaning, including Miami-Dade County and Broward County in the southern part of the state. Immigrant-bashing Republican Tom Tancredo likes to equate Miami with a “Third World country” because of its heavy Latino and Caribbean population, but in fact, it is in Republican-dominated counties that American women are more likely to suffer Third World mortality rates.

Looking at Kendig and Cheng’s map, one sees not only a trend toward premature death among women in heavily Republican areas, but also a correlation between poverty and premature death: poverty tends to be higher among women in the “red counties” on their map. In May 2013, a study co-authored by Jennifer Karas Montez (a researcher at the Harvard Center for Population and Development Studies) showed that American women were more likely to die at a younger age if they are unemployed or less educated. Montez found that smoking, alcohol consumption and obesity are far from the main causes of premature death among U.S. women: unemployment, she contends, is a much greater factor. According to Montez, women who didn’t finish high school are dying five years younger than they were a generation ago.

In many developing countries, it is no secret that the poor and less educated are going to die younger than the affluent and more educated. Since the economic crash of September 2008, poverty has increased considerably among Americans. The number of Americans receiving food stamps has increased from 17 million in 2000 to 47 million in 2013, and that figure doesn’t tell the whole story because there are millions more Americans who are struggling financially but aren’t quite poor enough to qualify for food stamps.

In addition to poverty, another thing greatly affecting life expectancy in the U.S. is its dysfunctional health insurance system. Becoming unemployed or underemployed can easily limit one’s access to healthcare in the U.S., and according to a study the Commonwealth Fund conducted in 2012, 55 million Americans lacked health insurance at some point last year. Preventative healthcare can save lives, and health problems that are quite treatable can become much worse when so many Americans are uninsured or underinsured (meaning that they have significant gaps in their coverage that could easily result in a medical bankruptcy). Even Americans who are insured can have a hard time being treated for high blood pressure, diabetes or heart disease when they have to fight with their insurance companies over every little thing.

But as severe as poverty and inadequate access to healthcare are in the U.S., Republican and Tea Party policies can only make those problems even worse. On September 9, Republicans in the House of Representatives pushed through a bill that calls for slashing billions of dollars from the food stamp program (only 15 Republicans in the House voted against the bill). While Republicans and the Tea Party are great at railing against Obamacare, they fail miserably when it comes to offering any viable alternative or addressing the severity of the healthcare crisis in the United States.

What will it take to reverse declining life expectancy among much of the U.S. population? First and foremost, healthcare reform needs to be greatly expanded, not rolled back. Economist Robert Reich has said that while “Obamacare is an important step, it still leaves 20 million Americans without coverage.” The food stamp program should remain in place for those who need it, not be butchered in order to appease the Tea Party.

But food stamps are a temporary measure, not a long-term solution—and increasing life expectancy among Americans will mean rebuilding the U.S.’ embattled middle-class, decreasing unemployment and decreasing underemployment. It will also mean strengthening unions (which have a long history of decreasing poverty and creating better working conditions), establishing a living wage, and protecting Social Security and Medicare rather than turning them over to Wall Street.

Accomplishing any of those things will be an uphill battle. But if present economic, employment and political trends are allowed to continue, many Americans can look forward to dying younger than their counterparts in Japan, Australia, New Zealand and much of Europe.