From legalizing marijuana in the northeast to a $15 minimum wage out west, these votes have national consequences 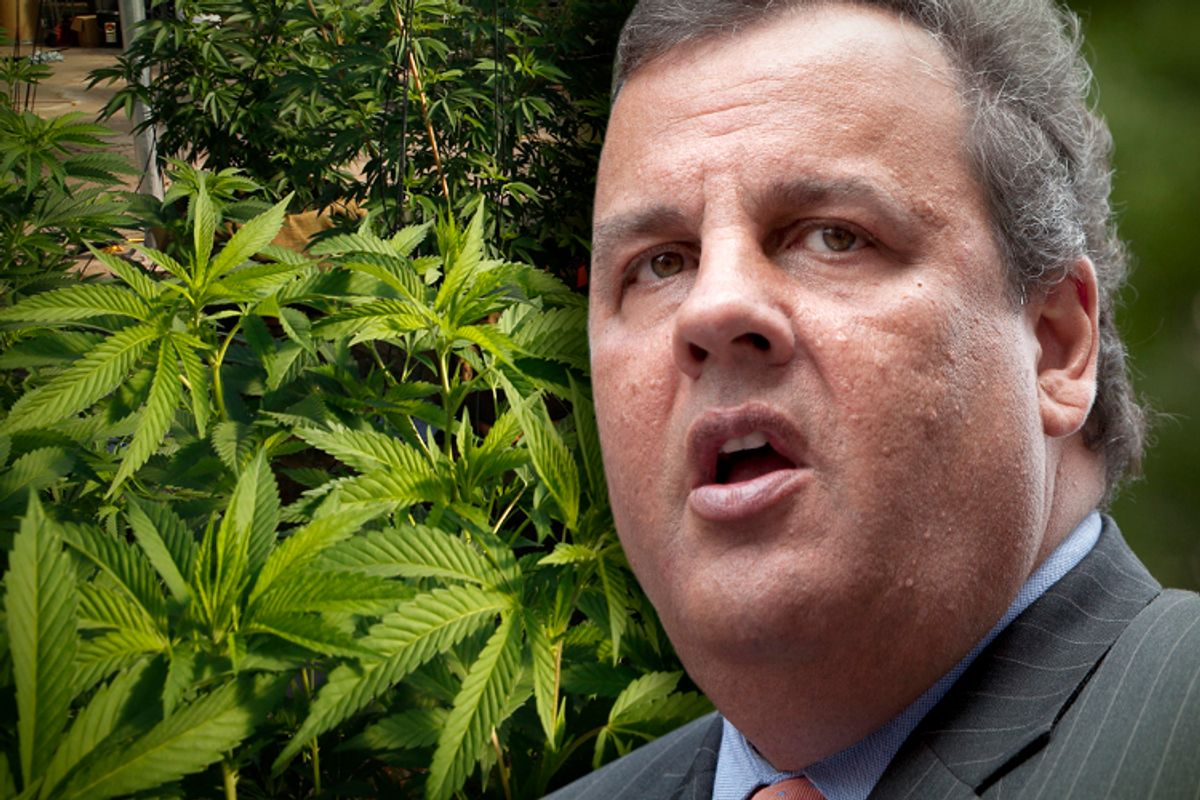 We pretty much know what tomorrow morning’s post-election headlines will be. Bill de Blasio will cruise to a landslide and become the first Democrat to lead our largest city in two decades. Chris Christie will boost his case to 2016 presidential primary voters – and donors - by scoring a decisive re-election in a solidly blue state. And Terry McAuliffe will best Ken Cuccinelli in a race between two of the most unlikeable candidates in American politics.

But while those marquee – and at this point largely suspense-free – races steal the spotlight, Americans will head to the polls in a slew of city races and referenda with national implications. Here - from East to West - are five to watch.

Portland (Maine) Pot: Residents of Portland, Maine, will vote on making their city – whose metro area includes over a fifth of the state’s population – the first on the East Coast to legalize marijuana. Today’s referendum would allow people 21 or older to possess up to 2.5 ounces of the drug. “It’s time to stop rewarding drug lords,” State Representative Diane Russell said in an e-mailed statement, “and start protecting our kids with a strong regulatory structure that tracks the product, sets standards of quality and potency, and enforces compliance checks to stop underage sales.”

The DC-based Marijuana Policy Project has run pro-legalization ads on city buses with messages including “I prefer marijuana over alcohol because it’s less harmful to my body. Why should I be punished for making the safer choice?” Those ads were criticized by groups including the drug and alcohol abuse agency Day One, whose executive director told the Kennebec Journal, they were “disturbing” because of their influence on young people.

The vote comes amid a rapid shift in marijuana policy and public opinion. Last year, both Colorado and Washington voted to legalize and regulate the drug. Last week, Gallup found its first-ever majority support for legalization (58%). Pro-legalization Congressman Jared Polis (D-CO) told me last month that in Congress, “the biggest thing that’s winning people over is the change in public opinion,” and predicted that the future will “look a lot like the post-Prohibition alcohol laws, where over time, as comfort levels increased, more jurisdictions chose to regulate it, and not to have a black market.”

Boston Mayor: The race to replace twenty-year Boston Mayor Thomas Menino pits State Representative Martin Walsh, a longtime union official, against attorney and former teacher John Connolly, who’s centered his campaign on a push for education reform. National groups including the AFL-CIO affiliate Working America and Democrats for Education Reform have dispatched canvassers to get out the vote for their favored candidates (Walsh and Connolly respectively, as you’d guess). Walsh argued in a debate that the “clear difference” was that “I respect the public employees that work for the city of Boston,” and he knew that rather than negotiating by “drawing a line,” “You do it by transparency, respect, and you put the cards on the table so you can see exactly what’s out there and we can come up with a contract.” According to the New York Times, Connolly this weekend told supporters, “My opponent is a good man, but you can’t have $2.5 million pour in from across the United States on behalf of labor unions and say you’re going to be able to be independent.”

While the candidates differing ties and tones on labor have defined the race, both say they’d secure a longer school day even over union objections. Connolly told Boston Magazine that if necessary he would exercise his authority to simply implement the city’s “last best” offer to the union, and that “one of the plus sides of working with charter schools is that we can create state legislation to benefit Boston Public Schools and the charter schools, which would give us some leverage to get a better agreement with the teachers’ contract.” Walsh said that unlike his opponent, he wasn’t inclined to “draw a line in the sand,” but that if he couldn’t reach a compromise with the unions “we’ll have to take the action that the legislature took in 2010” and legislate changes to working and learning conditions.

Both candidates agreed, when asked by the same interviewer, that they’d rather fight “one Menino-sized duck” than “100 duck-sized Meninos.”

Bridgeport School Board: This Connecticut city became an education reform battleground in 2009, when the labor-backed Working Families Party seized two seats on its school board and started aggressively challenging the bipartisan reform consensus. As I’ve reported, top city (and state) Democrats twice tried to eliminate school board elections, first in a vote overturned in court, then in a Rhee- and Bloomberg-backed referendum defeated last November. Today, the reformers’ nightmare could come true: the board’s defiant faction may grow to a majority. If it does, the critics will likely move to replace schools chief Paul Vallas, who took the job following controversial stints in Philadelphia, Chicago, and New Orleans, and may be Michelle Rhee and company’s favorite superintendent in the United States.

Progressive school board candidates allied with the WFP already defeated the Democratic establishment’s favored candidates in a September primary upset. Today, they face off against Republican candidates. Activists have alleged that key Democratic leaders are boosting the GOP in hopes of keeping Vallas in his job. “What we’ve seen since Paul Vallas became superintendent is much more of an emphasis on testing, and lots of cuts to services and programs that kind of make the school experience more comprehensive for students,” WFP Director Lindsay Farrell told me last week. She added, “If the team of five Democrats and Working Families Party candidates win, those policies will be rolled back.” In an e-mailed statement, pro-Vallas Mayor Bill Finch told Salon, “I look forward to working with the eventual winners to continue the needed progress in our school system for the good of our children within the fiscal limitations that confront us.”

Colorado School Board: Former Florida Governor Jeb Bush and Koch-backed Tea Party hub Americans for Prosperity have sunk cash into Douglas County, Colorado, in hopes of defending four right-wing school board members whom unions are out to oust in today’s election. At stake is what could be the most dramatic – and creative – experiment in right-wing ed reform in the United States.

As Politico’s Stephanie Simon reported Saturday, the incumbent majority has “neutered the teachers union, prodded neighborhood elementary schools to compete with one another for market share, directed tax money to pay for religious education and imposed a novel pay scale that values teachers by their subjects…” If they maintain power, soon “principals will be able to upload videos of teachers at work and photos of student project to help determine which educators deserve raises.”

“When no other district would give us a charter to keep our program alive, when the unions tried to dissolve us, Douglas County stood with us,” HOPE Online Learning Academy’s Gigi Hill says in one AFP Foundation Colorado ad. An ad from the union-backed Committee for Better Schools charges that the incumbent conservatives “spent taxpayer money giving lavish salaries and special perks to bureaucrats, while giving students larger class sizes and less time for classroom instruction.”

Colorado’s Denver school board race has also seen an infusion of outside funds, with money from New York Mayor Michael Bloomberg devoted. As Mike Elk reported for In These Times, that school board was a top target in 2011 as well, after the board moved to expand charter schools and allow outside funding public schools that’s conditional on teachers acceding to new policies.

$15 in Sea-Tac: While President Obama’s proposal for a mere $9 minimum wage appears headed nowhere fast in this Congress, one small airport town may make history tonight by passing a $15 an hour wage law. As I’ve reported, the law would cover over 6,000 workers employed at the Seattle-Tacoma airport and its surrounding hotels (the SeaTac, Washington, law would exempt most other employees in town). The political momentum for the audacious demand can be traced in part to the past year’s fast food strikers, whose banner demand this referendum would write into law. “It’s a case where corporate America made a conscious decision to cut wages in half over a period of time, where workers couldn’t use traditional organizing to essentially solve that problem, and now turn to the ballot to essentially impose what in some other era was imposed by the strike,” local Service Employees International Union president David Rolf told me last month.

“It’s certainly got at least the Puget Sound area here talking about $15 an hour minimum wages,” said Maxford Nelsen, a policy analyst for one of two conservative groups against the referendum which received funding from a shadowy group supported by the Koch Brothers. Indeed, a partner at a firm working against the wage hike told the Chamber of Commerce’s policy council in August that councilmembers in nearby Seattle were calling placing concerned phone calls saying “the living wage is coming” there as well. Both candidates in today’s mayoral race in Seattle say they support a minimum wage of at least $15 per hour – along with raising taxes and legalizing pot.